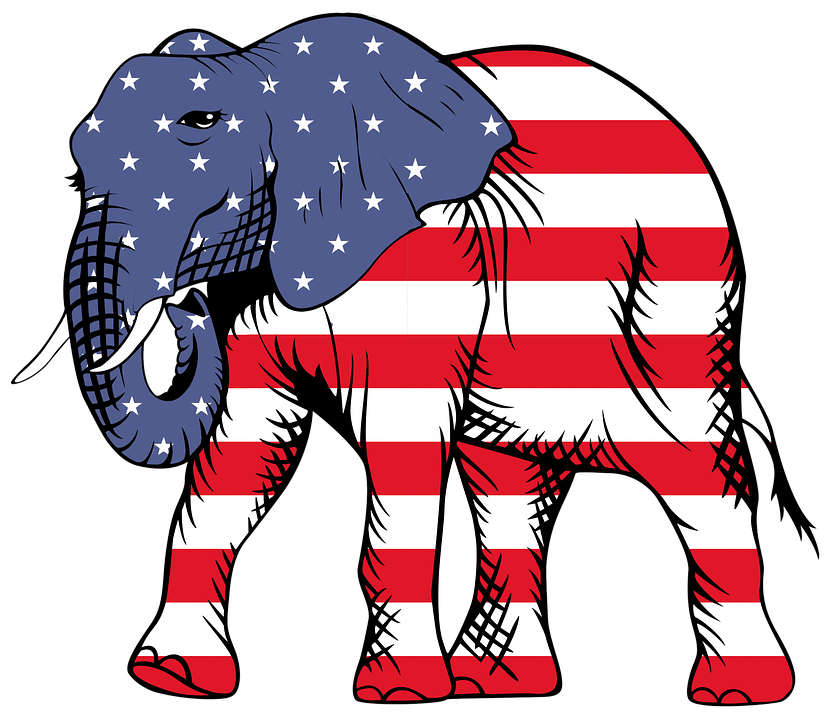 In Alaska, you can register to vote three months before your 18th birthday. The day I became eligible, I filed my voter registration and proudly marked the "R" under party affiliation.

Back then, I was young and without the benefit of life experience. Even though I grew up poor in my formative years, I was a privileged teenager about to embark on adulthood. Even before many my age had any clue about the political world, I was campaigning for George H.W. Bush in the East High School mock presidential election.

Years later, at the University of Alaska Anchorage, I helped to resurrect the College Republicans from obscurity and began volunteering and working for GOP candidates around the state.

This was the Republican Party of people I genuinely believed in. It was the party of Ted Stevens, Frank Murkowski, Walter Hickel and Jay Hammond. I respected presidents such as Ronald Reagan, Richard Nixon and George Bush. From a young man's perspective,  these men had a grandfatherly quality to them, and I respected them as the most powerful men in the country.

I related to the GOP because it was the party of small government. They believed that people knew best how to manage their money and their lives, and that resonated with me.

Now, it's 2016 and times have certainly changed.

I left the Republican Party years ago. It was a very difficult decision that I lost sleep over. However, the party had been taken hostage by the religious right and the newly anointed "tea party." Even though they may have still preached it, they no longer believed that people could be entrusted with their own destiny; they wanted to define people's destiny for them, based on their religious beliefs.

Because I believe that people should be able to live their own lives the way they want to live them, I supported same-sex marriage, legalization of marijuana and the right for women to make their own medical decisions regarding their own bodies.

I looked at the party I grew up with and could not recognize it. Ronald Reagan always spoke of hope and being the "shining city on a hill." He took a nation in a "great malaise," suffering a "crisis of confidence," as President Jimmy Carter himself put it, and turned it around. He returned patriotism and hope to a country lacking leadership.

Today, I have rejected the entire notion of a two-party system. The way in which we elect leaders today encourages limiting choice, which to me seems very un-American.

The two parties have devolved into a system that demands party loyalty in an electorate that would prefer to think for themselves. People are largely intelligent and we are able to choose our leaders based on more information than "R" or "D" behind their names.

We have been seeing small signs of the collapse of the party system over the years. The rise of occasional third-party candidates has seen moderate success nationwide and even more in Alaska, where voters have elected Gov. Hickel under the Alaska Independence Party ticket (1990) and  Gov. Bill Walker as an independent (2014).

The two parties have now both held their national conventions and the unofficial theme was the same for both of them – division.

The Republican convention was missing many prominent Republicans, including both Presidents Bush, who announced they would not endorse GOP nominee Donald Trump.  The Democratic convention, which just finished, began with disunity taking center stage as the delegates booed Debbie Wasserman Schultz off the stage. The rest of the convention continued to be marred by delegates wearing tape over their mouths that read "silenced by the DNC."

While  disunity prevails in both parties, the divide in the GOP, which has been building for decades, now seems to be completely unfixable. The party has not elected a Republican president since George W. Bush and faces three consecutive terms of Democratic leadership in the White House.

This election season we will continue to be overwhelmed with negativity coming from both parties but the divide in the DNC might well be very fixable.

The loss the Republicans are about to suffer in November might well be the final blow for the GOP.

Mike Dingman is a fifth-generation Alaskan born and raised in Anchorage. He is a former UAA student body president and has worked, studied and volunteered in Alaska politics since the late '90s. Email, michaeldingman@gmail.com.

Mike Dingman is a fifth-generation Alaskan born and raised in Anchorage. He is a former UAA student body president and has worked, studied and volunteered in Alaska politics since the late '90s.

Anchorage woman killed in plane crash on lake near Skwentna

Years after the pandemic forced many Alaskans to work from home, these employers are sticking with it

OPINION: Why we’re supporting Nick Begich III for US House

Open & Shut: A ramen and whiskey bar launches after years of preparations, a gift shop at a senior center gets a new look and a new cafe is coming to Midtown.