As an elder recalls abuse, the horror of Bureau of Indian Affairs boarding schools lives on 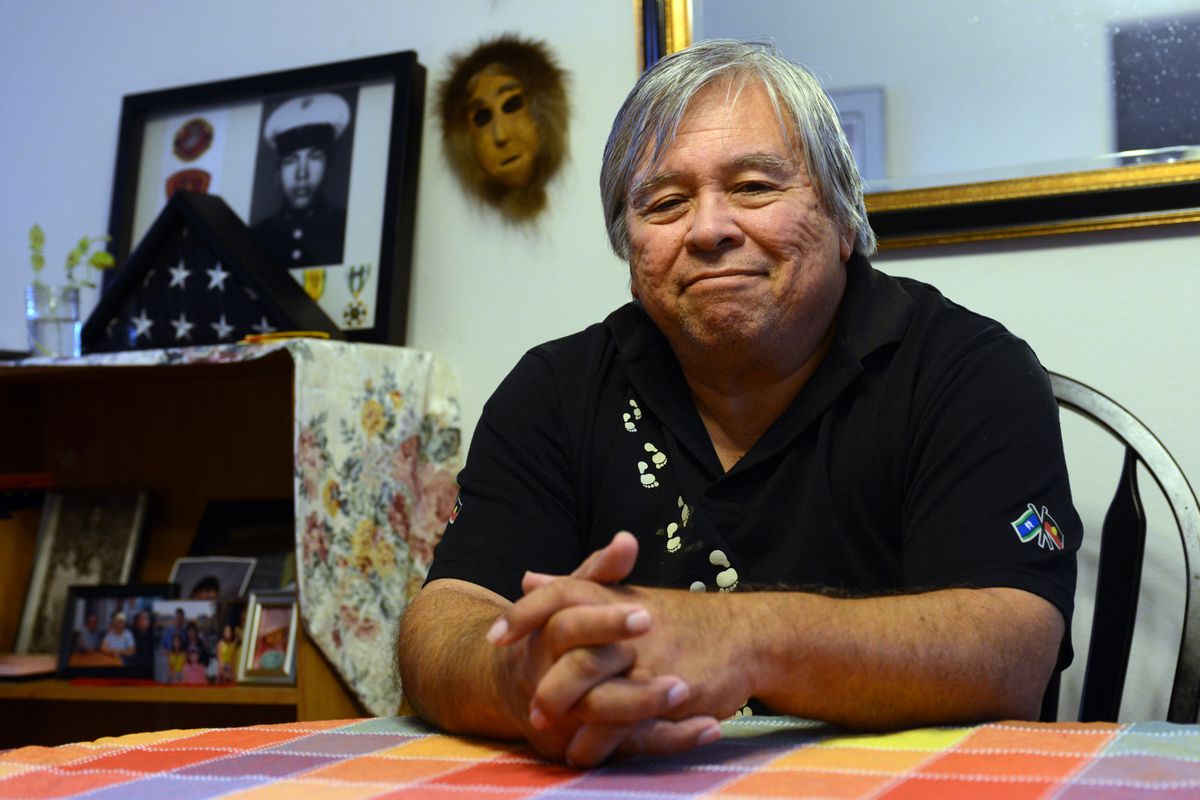 Jim LaBelle says he witnessed and experienced physical and emotional abuse at the Wrangell Institute boarding school in the 1960s. He was photographed at his Anchorage home on Tuesday in Midtown. (Erik Hill / Alaska Dispatch News)

Jim LaBelle says he witnessed and experienced physical and emotional abuse at the Wrangell Institute boarding school in the 1960s. He was photographed at his Anchorage home on Tuesday in Midtown. (Erik Hill / Alaska Dispatch News)

When he was taken from home, Jim LaBelle recalls, he was tagged with a yellow card and tethered by a rope in a line with his brother and other children. When they arrived at their destination, their possessions were taken, they were stripped naked and their heads shaved, and they were washed with harsh brushes.

They were given numbers instead of names. The numbers were sewed to their new clothing.

LaBelle was 8 years old and his brother, Kermit, was 6. Other children were as young as 5.

"For many it was the first time away from home," LaBelle said. "They didn't understand any English. I did, and my younger brother did, but many of the children traveling with us only spoke their own language. But you could tell by their body language and the expression on their faces that they were very scared, because they didn't know what was going on, what was happening."

LaBelle's story isn't about a concentration camp. He was a student at a Bureau of Indian Affairs school in Alaska in the 1950s and 1960s. He said faculty and staff at the Wrangell Institute boarding school abused him psychologically, physically and sexually.

His story is not unique. I've spoken to other Alaska Native elders who suffered in boarding schools here and across the country — and some who got a reasonable education and say they were not abused.

Alaska must come to grips with what was done to these children before 1976, when a court case forced the state to open schools in every village. Their stories must be collected and officially documented while elders are still alive to tell what was done to them.

Alaska must hold a Truth and Reconciliation Commission. The elders must be heard and the records must be opened. We must name those at fault. And apologize. Much too late.

LaBelle told me his story two years ago, when I was working on a book about the history of Anchorage. I thought we were going to talk about the rise of Native power. But when I asked about his background, the interview became a two-hour bloodletting about horrors I could barely imagine.

LaBelle's father died when he was 7. His mother was a street drunk. But the Bureau of Indian Affairs also took children from good families in villages all over Alaska, sometimes against their parents' will. Schools punished those children for speaking their own languages — punishments given even to children who spoke no English and couldn't understand what they had done wrong.

LaBelle said students were beaten and locked in cupboards. One sadistic male staffer beat LaBelle's friend so savagely he broke his jaw, without consequences. LaBelle recalls being stripped with another boy and sprayed with frigid, high-pressure water.

LaBelle said a friend was sexually abused every year by the same administrator. For eight years.

The children's living conditions were like a military camp, with halls of bunks that had to be made up tight enough to bounce a coin. Cooks slopped meals of canned food on metal trays. For children accustomed to traditional wild foods, the institutional slop initially caused vomiting and diarrhea.

"It was a total institution," LaBelle said. "You could not escape. There wasn't any place in the rooms, in your dorm, in the mess hall, on the campus, where you could kind of be yourself and speak your own language. There was always someone watching or waiting or listening."

He continued, "At night when the lights went out were really terrible times. I remember, all it took was for one child to start sniffling and in low tones start calling for his mother, and then it would catch on. Other children were left alone with their thoughts and missing home and parents, and then they started crying as well, and it grew, in intensity, cacophony, and pretty soon the entire wing of our dorm would be just wailing away into the night.

"We were all crying for someone, some loved one in our lives. And we would just about cry ourselves to sleep. And in the morning, we could barely open our eyes, which were all swollen from all those tears."

LaBelle grew up at Wrangell and then at Mt. Edgecumbe High School in Sitka, which now is a highly regarded boarding school. He said the conditions were better there, although he attributed that to his being too big to abuse. He graduated in 1965.

He went on to college. But LaBelle had not been raised to become an adult. In college, freed from the iron rule of the institution, he behaved wildly and soon dropped out.

He and Kermit joined the military. They understood its rigidity and order. Jim was stationed stateside in the Navy, but Kermit trained on Guam for jungle warfare and was deployed to Vietnam. He was killed there in 1967.

LaBelle went on to get an education at Alaska Methodist University — now Alaska Pacific University — and to help lead a Native corporation. Today he is retired and living in West Anchorage.

He ordered his Wrangell Institute records from the National Archives and received a file of 80 pages. It included his mother's letters to him when he was a boy. The pain flooded back.

I've studied rural Alaska education for years, serving as director of Citizens for the Educational Advancement of Alaska's Children — now called the Coalition for Education Equity — from 2011 to 2015. The performance of many rural schools is a disgrace.

I'll address that topic more in my next column.

But the indispensable background to today's problems lies in LaBelle's story, and those of the many victims of the boarding school era. Alaska Natives must own their educational future. But how can they with this overhang of unresolved trauma?