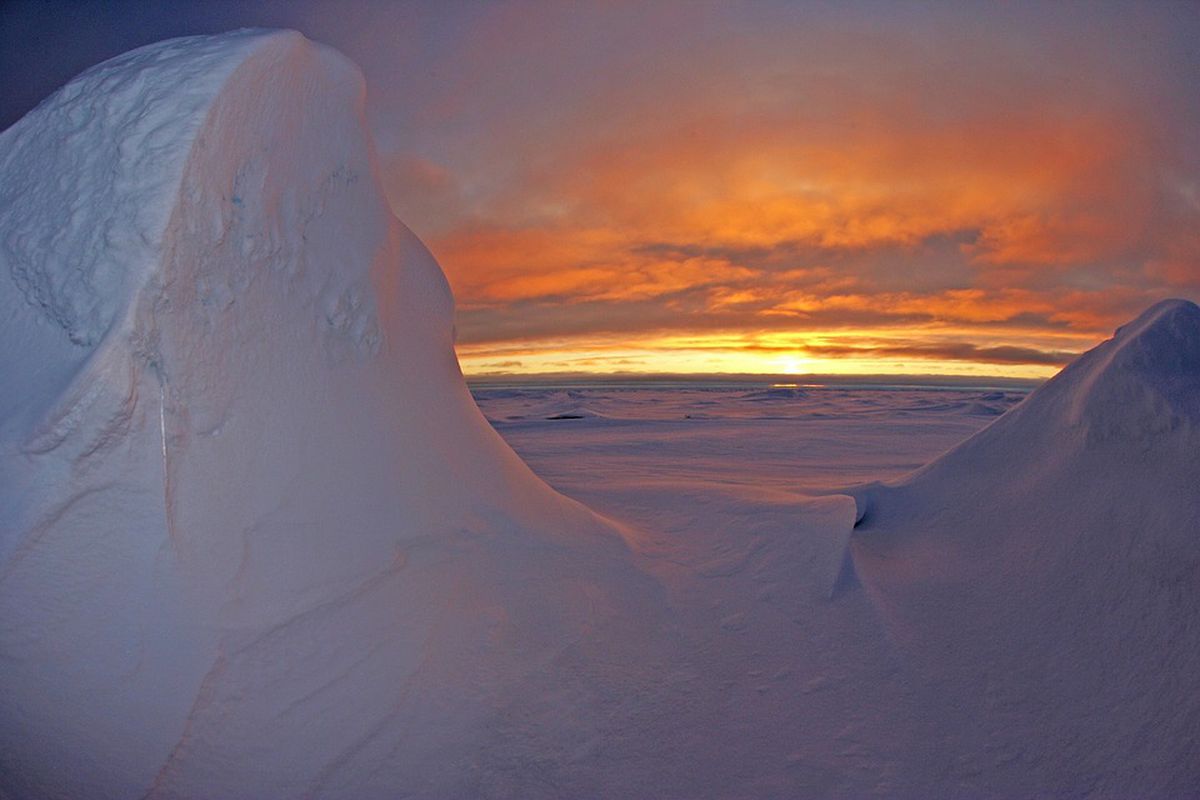 In October 1984, I watched the sun illuminate Alaska's Malaspina Glacier from 200 miles above earth. Looking down from the space shuttle Challenger, I was able to fully appreciate the scale and magnitude of a piece of ice 40 miles wide and 28 miles long, roughly 50 times the size of Manhattan Island.

Today's space station astronauts see a very different landscape. Malaspina is melting, just like nearly every other glacier on our planet. Each year the Malaspina and other glaciers in the St. Elias Mountain Range in Southeast Alaska send about 84 gigatons of water into the ocean. That's the equivalent of the approximately 200-mile-long Chesapeake Bay, and it's just a small fraction of the water that is entering the oceans from an unprecedented melting of Arctic ice.

More than anywhere else on Earth, the Arctic has changed dramatically over the past three decades, and there is new urgency in addressing both these changes and their immense global reach. For these reasons, government ministers, scientists, and representatives of indigenous groups from more than 25 nations will hold the first Arctic Science Ministerial on Wednesday at the White House. This meeting is a significant step in recognizing the Arctic as a pivotal, yet vastly underobserved and poorly understood region of our planet.

Concerns around the world are growing because the Arctic's rapid changes are unprecedented. Temperatures are warming at least twice as fast as the global average. Melting ice sheets and glaciers are draining water into the sea at the fastest rate in recorded history, contributing to rising sea levels around the world.

Ground that has been frozen for centuries is thawing, exacerbating coastal erosion and allowing even more heat-trapping greenhouse gases to enter our atmosphere. The loss of entire villages along the Arctic coast has created our nation's first climate refugees.

Such rapid environmental changes may seem to be a world away to most Americans, but the remoteness is only geographic. We have learned that what happens in the Arctic doesn't stay in the Arctic, and the changes now underway have the potential to affect us all.

The Arctic works as a refrigerator for our planet, helping to stabilize global climate and regulate temperatures around the world. But warming in the Arctic is destabilizing weather patterns, in all likelihood contributing to severe heat waves, droughts and harsh winter storms throughout the Northern Hemisphere, where 88 percent of the world's population lives.

The transition of the Arctic environment has been so pronounced even the fabled Northwest Passage, frozen for centuries, is now navigable in summer. Last month, for the first time, more than 1,000 passengers cruised from Anchorage to New York City in once ice-choked waters.  While new economic opportunities brought on by expanding tourism, oil and gas development, and mineral extraction may provide better infrastructure for Arctic residents, including broadband internet connectivity and more reliable commercial transportation, they must be developed in an environmentally responsible manner.

The extent to which we capitalize on emergent opportunities and deal with increasingly severe scenarios such as sea level rise rests largely on our ability to effectively monitor Arctic change and understand how long-term trends will impact the rest of the world. This requires collecting the scientific data to produce new knowledge on which sound policies must be built. Without reliable data on the rate of melting Arctic ice, for instance, we can't accurately predict sea level rise in New York, New Orleans, Miami or any other city.

As Hurricane Sandy showed us, even small increases in sea level can have devastating consequences. Throughout history, the Dutch have adeptly held back the sea, but without a concerted effort to deal with sea level rise, it's unlikely that Rotterdam will continue to be Europe's largest port. In low-lying countries like Bangladesh, rising seas could displace millions of people, creating an unparalleled refugee crisis.

Even knowing those risks, we continue to have a blind spot in the Arctic.  While the U.S. and many international partners are working to close the gap in the Arctic by developing new observing systems that can provide year-round information, there is still a critical lack of resources in the region.

We must take full advantage of the upcoming Arctic Science Ministerial to rally nations throughout the world to commit to sustained Arctic observations that will improve weather and sea ice forecasting, storm inundation models, sea-level rise scenarios, and global climate models.

Ocean observing systems built in the Pacific and Indian oceans to improve El Niño forecasts have saved lives, livelihoods and billions of dollars. A similar system in the Arctic could provide the information we need to stave off major catastrophic events around the world.

With innovative technologies and the miniaturization of sensors, it's now possible to gather vital environmental information faster, cheaper, and far more efficiently than ever before. Unmanned vehicles and other autonomous systems that can stream data in real time have revolutionized how observations are made in the sea, air, and space.

And unlike in other regions, we don't need to build expensive observing infrastructure because highly adaptable, mobile observing arrays can be deployed to get the job done. With relatively modest investments, Arctic sensors and monitoring assets from dozens of countries can be interconnected into an observing array by 2020.

The Arctic Science Ministerial will highlight the fact the Arctic is a blind spot in our global observing capabilities and provide opportunities to enhance our data gathering efforts. We must choose to invest the resources to enable us to use the Arctic as an indicator of global climate change because the consequences of these changes are coming whether we are ready for them or not.

Dr. Kathryn D. Sullivan is undersecretary of Commerce for Oceans and Atmosphere and administrator of the National Oceanic and Atmospheric Administration. Sullivan is an oceanographer and the first American woman to walk in space.

Dr. Kathryn D. Sullivan, under secretary of commerce for oceans and atmosphere and administrator, National Oceanic and Atmospheric Administration (NOAA), is an oceanographer and the first American woman to walk in space.