As a presidential candidate, Donald Trump is a dangerous man 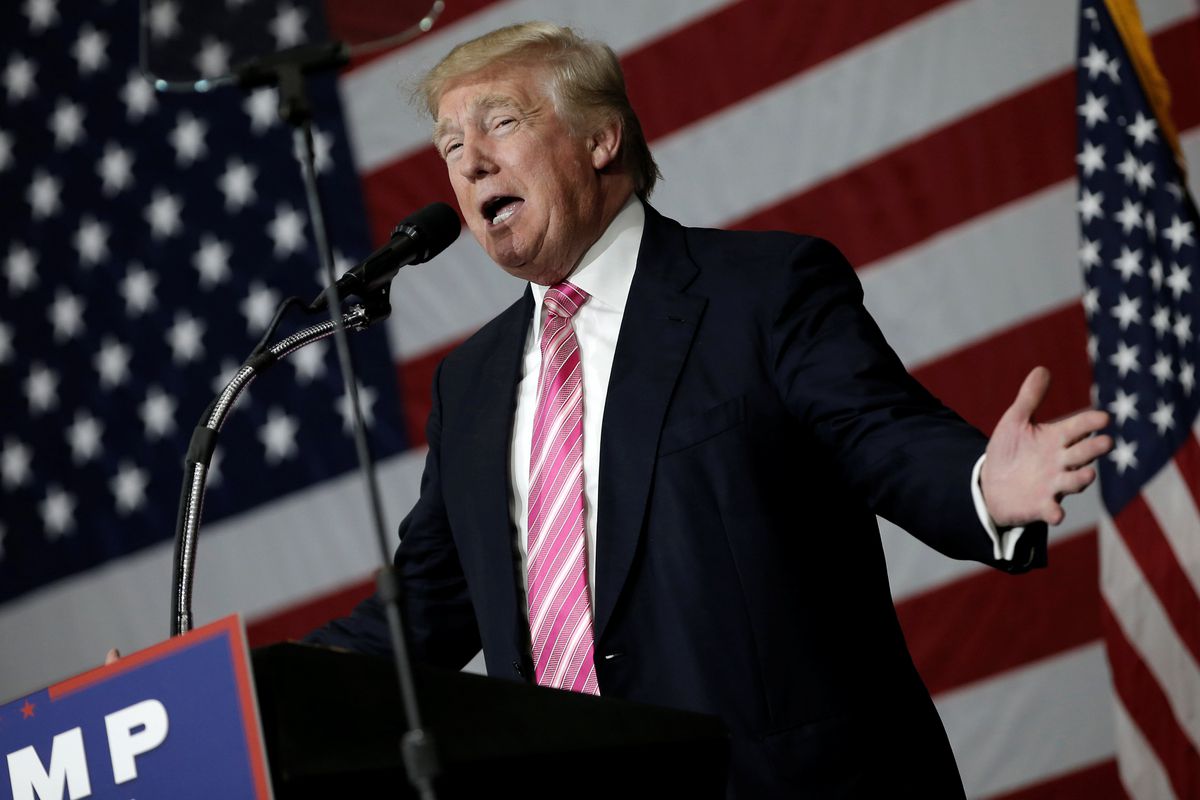 Last spring my youngest son was part of a project called Manuscript Across America. He and two others traveled across the country inviting people to write their thoughts on a 1,000-foot roll of paper. People wrote about diverse topics that concerned them.

The little band found themselves in Charleston, West Virginia, the day Donald Trump was holding a campaign event, so they set up their canopy tent and invited people to speak their mind. Hundreds of Trump supporters wrote on their scroll but they only wrote one of two things: "Build the wall" or "Make America great again." Ultra-nationalism and xenophobia are the only two planks of Donald Trump's platform. During the subsequent campaign it became apparent that's all he's got. It would be laughable if it weren't so dangerous.

Ultra-nationalism obscures rational policy debates by raising symbols like the flag and the national anthem to sacred status. Disrespect these and one risks incurring demonization, as football quarterback Colin Kaepernick found out. He was making a statement about race, and that should have been the discussion, but the haze of super-patriotism obscured thoughtful discourse. Symbols of freedom and freedom itself are not the same thing.

[History teaches us to be wary of the new nationalism]

In 1992, when I was chair of the Alaska Humanities Forum board, we funded an exhibit of banned books and art at the old Visual Arts Center in downtown Anchorage. Anything that had been banned somewhere in the U.S. was eligible and the exhibits ranged from the homoerotic photographs of Robert Mapplethorpe to the Bible. The purpose was to reflect on censorship in a democracy.

By far the most controversial was a performance piece titled "What is the Proper Way to Display the American Flag" by Dread Scott Tyler. A sign above an open notebook on a stand invited the viewer to write their thoughts about freedom. To get to the notebook you had to step on a small platform covered by an American flag. To write about freedom, you had to step on a symbol of freedom.

The second plank in the Trump platform is immigration. "Build the wall" resonates with largely working-class people who are afraid of losing their jobs and their homes. They should be, but not for the reasons cited by Donald Trump. The immigrant issue has been mis-framed by Trump and others who would have us believe that Mexicans, Salvadorans and other immigrants are flocking to the U.S. to live the American dream.

Some immigrants are pulled to the United States but most are pushed from their home country and their cherished extended family and deep ties to their land and their ancestors by the effects of global climate change. We like to think of the Arctic as ground zero for climate change but it is the central latitudes that are feeling the dire effects most acutely in the form of global warming. In southern Mexico and Central America, crops are burning up, people are going hungry and economies and the social order are being disrupted. They come to America, legally or not, for survival.

In Europe, the immigrant problem is called a refugee problem. In the Middle East, the expanding Syrian Desert is voraciously consuming productive farmland, destabilizing governments and fomenting radicalization and civil war. The same thing is happening in Africa, where the Sahara Desert is expanding southward into the Sudan, Nigeria and other countries. The number of new dust bowl refugees streaming toward northern Europe is estimated at 1.3 million desperate souls.

Trump has identified the problem but not how to solve it because he is a climate change denier. On the "Hugh Hewitt Show," Trump said, "I'm not a believer in man-made global warming." Climate scientist Michael Mann calls Donald Trump and Mike Pence the climate change denial dream team. Trump has promised to withdraw the U.S. from the Paris Agreement that would scale back global temperature increase to 1.5 C. above pre-industrial levels starting in 2020. A U.S. withdrawal from this international agreement would set back dealing with global warming by decades, maybe permanently.

Trump frames "the wall" in terms of American Exceptionalism — make America great again — when, in fact, we'll fry in our own anthropogenic global warming hell if he is elected president. Donald Trump is a dangerous man.