Neither Freewheelin' Bob nor his fans could have foreseen this 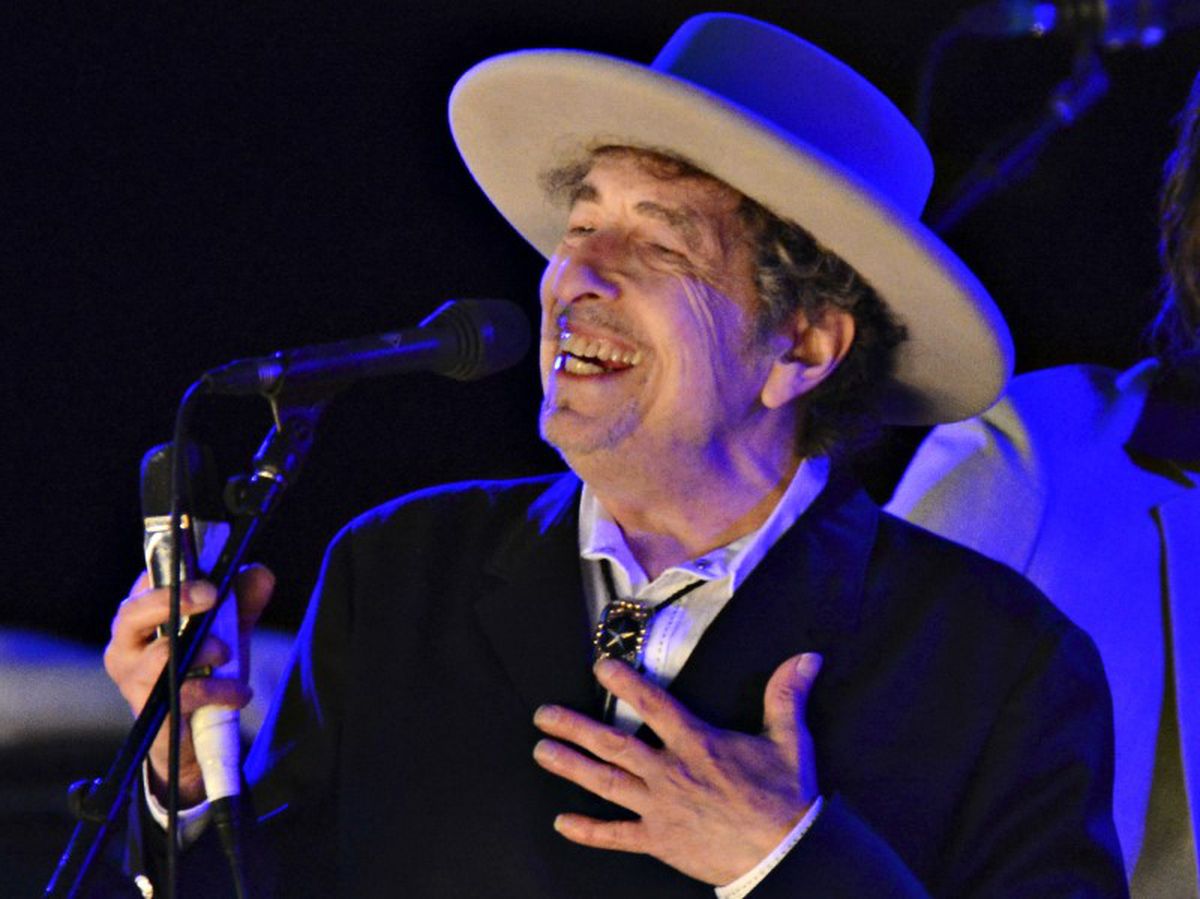 The headline stunned this old hippie. The news set old hippies all over the world calling and emailing each other as they remembered a hero of their youth, now in old age receiving the ultimate Establishment tribute for a lifetime of creativity.

Dylan was born in May 1941 and has been a celebrity so long, more than half a century, it is probably hard for him to remember when he wasn't instantly recognizable — as recognizable as his music.

In fact, Dylan was writing and performing songs that would be heard on every continent before I finished high school. "The Freewheelin' Bob Dylan" came out in May 1963, just before I received my diploma. The album included "Blowin' In The Wind," "Masters of War," and "Don't Think Twice, It's All Right," plus "Girl From the North Country." Protest songs and songs of loss. "Blowin' In The Wind," quickly adopted by the civil rights movement and soon after by the anti-war movement, probably has been covered as many times as any modern song, including by artists ranging from Duke Ellington to Glen Campbell.

Dylan's voice was, as writer Joyce Carol Oates put it, "seemingly untrained, frankly nasal, as if sandpaper could sing" but, she added, "the effect was dramatic and electrifying." A listener would not mistake him for any of the other Bobbys on the hit parade — Bobby Rydell, Bobby Vinton, Bobby Vee — or anyone else. (As a very young man, Dylan performed with Bobby Vee under the pseudonym Elston Gunn.)

In the mid-sixties, commentators said Dylan "spoke" to young people. This was true, although young people disagreed about what they heard. Dylan could be cryptic or obscure, although as an old hippie whom I worked with in New York in the '60s reminded me: "You want cryptic and obscure? I was taking poetry classes at NYU, reading Ezra Pound. Professors said he was a genius; I couldn't figure him out at all."

The lyrics of one of Dylan's great songs, "My Back Pages," are disjointed, but no listener of even modest intelligence misunderstands what Dylan is saying in the refrain, "Oh I was so much older then, I'm younger than that now."

What did Dylan say to me, the trapper and construction worker's teenage kid who, in the words of his father Fabian, "lacked a sense of direction" — had no idea what he would do beyond go to college and read great books? Dylan's message, for me, was similar to the message I got reading Allen Ginsberg's poetry and Norman Mailer's columns in the Village Voice: The world you were born into and raised in doesn't have to be the rest of your life. I was such an insecure kid this message scared me as well as excited me, but I embraced it.

I can't remember when I bought "The Freewheelin' Bob Dylan," probably in the summer of 1963. I played it over and over on a giant Magnavox Astro-Sonic 1963 console Dad purchased, assuming he would hear opera, Dixieland and the Red Army Chorus. He didn't object — but he did tell me to keep it down.

Not only was I impressed by the music, I was amazed by the album cover, which became iconic. It's Bob and a pretty girl walking down a snowy Manhattan street on a cold day. The girl was beautiful. She was so fresh, so natural, so unpretentious she was not only the girl I wanted to meet but a girl I could meet. Or so a cocktail of teenage fantasy and desire told me. I wasn't going to meet Playboy centerfolds or models in fashion magazines. They lived in another universe. This girl, without a hint of the artifice that creates distance, yes, one day on a New York street I would turn my head, and there she would be.

I didn't meet Suze Rotelo, whose name I learned 40 years later. But as the old hippie who read Ezra Pound at NYU reminded me, Dylan used to come into the bookstore on Eighth Street in Greenwich Village where we worked. My friend saw him; I never did. Worked the wrong shift apparently.

["Dylan in America" is a time-hopping biography]

I was thrilled when Allen Ginsberg came in, and there were other writers as well who suddenly walked through the door. The poet Robert Creeley, who was exceptionally handsome, I remember, as well as the novelist J.P. Donleavy and Michael O'Donoghue of the National Lampoon.

I saw Dylan only once, in concert in Springfield, Massachusetts. This was his Rolling Thunder Review. The concert was in November 1975, shortly after my Dad died. The hippie who worked with me at the bookstore bought the tickets and drove me up to Springfield with several other of our friends. The concert ticket and the trip were a gift to take my mind off my grief. My memory of the concert is confined to images of Joan Baez, who was performing with Bob and his musicians. She was luminous, a rare combination of beauty and charisma.

A few years ago, I went to a Dylan exhibit at the Weisman Art Museum on the University of Minnesota campus. Dylan grew up in Minnesota, and the exhibit was devoted to his Duluth, Hibbing and Minneapolis years. The items in the exhibit were like the relics of a saint — a guitar Dylan had played, a hat he wore, the desk of a high school English teacher who inspired him. The desk was metal, huge, heavy and must have been difficult to move. I could not imagine what might have happened at that desk to produce Dylan. The Salvation Army would have been a better home.

Dylan lives on in his music, not artifacts. When Al Kooper opens "Positively 4th Street" with his signature riff on the organ and Dylan sings, "You've got a lot of nerve to say you are my friend …" a listener, including this old hippie, knows magic is in the air, the magic the Nobel Prize committee recognized and Dylan fans everywhere celebrate.