Molly Hootch never intended to sue. But she is glad her case changed Alaska. 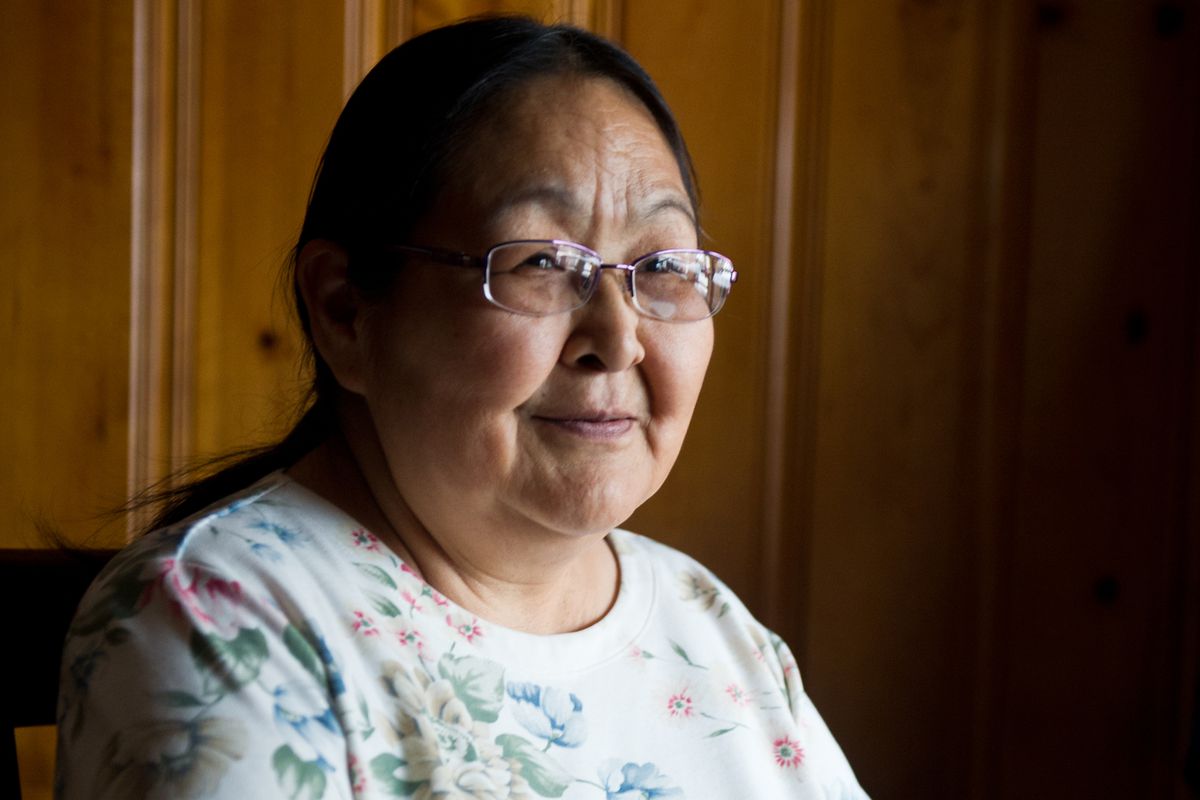 Molly Hootch Hymes was a named plaintiff in a 1972 lawsuit that sued Alaska for not providing high schools in Alaska Native villages. She is shown here on Tuesday. (Marc Lester / Alaska Dispatch News)

Molly Hootch Hymes was a named plaintiff in a 1972 lawsuit that sued Alaska for not providing high schools in Alaska Native villages. She is shown here on Tuesday. (Marc Lester / Alaska Dispatch News)

After I wrote about rural education last month, I received an email that seemed to come from a history book.

"My name is Molly Hymes. My maiden name was Molly Hootch," the message said. "I read with interest your series of articles about the difficult teaching, learning and life in the village regarding our failing high schools. It is with heavy heart that the high schools named after me are having such difficulties in today's society."

But the name Hootch also came to designate the most consequential lawsuit in Alaska history to reverse assimilation policy over Alaska Natives. The Molly Hootch case forced Alaska to provide high schools in any community with at least 15 students rather than sending children to boarding schools.

Molly Hootch was born in a small, driftwood cabin in Emmonak in 1956, as she explains in a vivid book, "I Remember When." Her life story is full of difficulty but she tells it with an infectious smile.

Her father, James Hootch, was a skilled traditional boat builder and subsistence provider who spoke only Yup'ik his whole life. Her mother, Sophie, also Yup'ik, worked in the school in Emmonak, which went through eighth grade, and earned the family's only cash.

Out of nine children, three died in infancy. Molly was the oldest surviving girl. One day in the late 1960s, her mother left for a school-related meeting in Anchorage and never came back. Molly took on her role in the family.

In ninth grade, the state sent Molly to live with a family in Anchorage and attend Wendler Middle School. Her only contact with home was by writing letters. The Anchorage family used her as a babysitter but didn't include her in their activities. Christmas was sad.

Her hosts told her to spend her $15 state allowance on Avon products sold by their friend. When she didn't, they began keeping the allowance themselves. At school, Molly was taunted by racist bullies and got into a fight.

That summer, 1971, home in Emmonak, two young lawyers showed up talking about getting a high school for the village. She signed their petition with hope. She told me she had no idea she was signing up for a lawsuit.

Those young attorneys were Chris Cooke of Alaska Legal Services and Stephen Cotton from the Harvard Center on Law and Education. The case was Cooke's idea.

Cooke came to Alaska with the federal VISTA program fresh from law school. In Kotzebue, he negotiated with the state to support students in Kivalina with supervised correspondence classes at their village school when they refused to return to high school in Fairbanks. The popularity of the idea there and in Selawik quickly grew.

Inspired by that result, Cooke began work almost immediately — before he had taken the Alaska bar exam — to fight for village high schools statewide based on the Alaska Constitution's promise of public education for all.

In 1971 he was in Bethel, working for Alaska Legal Services, when he heard from people in Emmonak about their need for a high school. He visited, and that's when he and Cotton met Molly Hootch.

Cooke said he chose Hootch as the plaintiff on the suit because of how the lack of a local school had hurt her and her family, and because of her name. He thought the name would stick in Alaskans' memories — as it did.

The paper she signed for him wasn't a petition. She signed up to sue the state of Alaska. But Molly only realized she was a plaintiff in the suit when her teacher at Dimond High School the next winter saw it in a newspaper and asked her if she was quitting school.

She did quit school but not because of the case, which never really involved her. Back home after her sophomore year, at age 16, she got a job at the Northern Commercial Co. village store. Her earnings supported the family as she helped raise her younger siblings. In the fall, she knew she was too important to the family to leave for Anchorage.

Cooke worked on the suit for several years and passed it on to other lawyers. It went through various stages and names. Ultimately, Commissioner of Education Marshall Lind settled the suit on behalf of the state. Lind had taught some of the plaintiffs from Emmonak and believed villages needed their own high schools.

Construction started on Emmonak High School while Molly was still working on her General Educational Development diploma. She studied in the village jail, where it was quiet.

In 1979, the new school dedicated its first yearbook to her. By that time, Molly Hootch was a household name in Alaska. Controversy over the state's costly new high schools was a hot political issue.

But she had moved on to the next stage in her life. In 1975, Molly met Alvin Hymes, a Department of Fish and Game biologist visiting Emmonak. They kept in touch by mail and married in 1979, moving to Bemidji, Minnesota. She worked a long career there as a banker (she quit Wells Fargo over the bank's sales quotas but that's another story).

Molly contracted a heart infection that made her and Alvin think about going home to Alaska. They moved back in 2014 and now live in Chugiak. Her health recovered. They have two grown sons.

In her email, she wrote: "Education in the village is difficult at best, and has led to the situation that you write about today, some 40 years after my school case was settled. I understand the economic difficulties of operating them in today's economy, but I would never desire for my fellow Yup'ik students to have to go off to schools outside of their village. That was too stressful for me."

Correction: An earlier version of this column misspelled the last name of Chris Cooke.