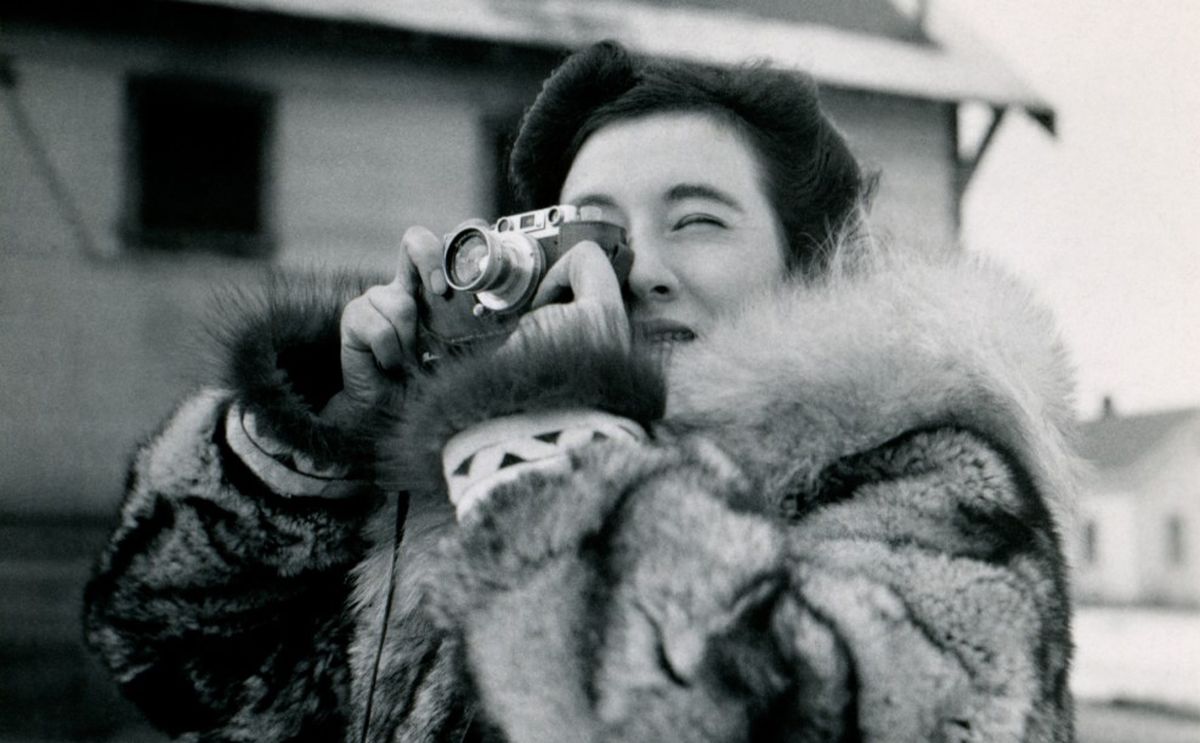 Ruth Gruber, a fearless researcher and adventurer, traveled all over Alaska in the early 1940s with her camera. (Reel Inheritance Films)

Ruth Gruber, a fearless researcher and adventurer, traveled all over Alaska in the early 1940s with her camera. (Reel Inheritance Films)

In her first six months in Alaska, Ruth Gruber traveled to Juneau, Anchorage, Fairbanks, Nome, King Island, Nunivak Island, the Pribilof Islands, Kotzebue, Barrow and Point Hope. She rode the Alaska Railroad and traveled the Yukon River to the Bering Sea, all the while filling pages in her notebooks with interviews and observations.

She came to Alaska in 1941, an emissary of the federal government, hired because Interior Secretary Harold Ickes didn't quite trust the reports he was getting from territorial Gov. Ernest Gruening about events in the territory.

Gruber, 30, was a brilliant New Yorker who had earned a doctorate by age 20 at the University of Cologne in Germany, completing a dissertation on the work of Virginia Woolf. She became a foreign correspondent for the New York Herald Tribune, which led to her 1939 book, "I Went to the Soviet Arctic."

Ickes, derided by many in the territory as "Alaska's dictator" for the way he ran the federal bureaucracy that ruled the territory, wrote in his diary that Gruber was "an imperious young woman who does not stand on ceremony," perfect for the Alaska job.

Gruber gave Ickes what he wanted in a series of confidential memos that would have gagged the leaders of the Chamber of Commerce and the Anchorage Times.

"The question of morale, serious enough in the States, is really acute here," Gruber wrote to Ickes on Dec. 2, 1941, about conditions in Anchorage.  "Evenings hang heavy; new saloons open almost every night; the red light districts spread and flourish while men and women search desperately for time-killers."

"The boys look upon the territory as a prison, a place of exile. The general attitude is, 'If the Germans get Alaska, they deserve it.' "

Three months later, with the United States at war with Germany and Japan,  she said that most of the soldiers and construction workers she talked to at Dutch Harbor had the attitude of prisoners in a work camp. She said one old Army man spoke for nearly everyone when he wished that the Japanese would conquer Alaska, so "then we could go home and feel sorry for them."

By the fall of 1942, there was an acute meat shortage in most Alaska towns, there were coal shortages along the coast, the cost of living was more than double that of Washington, D.C., and "liquor continues to be the great problem of the frontier," she said.

A lot of drivel was published about Alaska, she said, but Alaskans had just as many "ludicrous misconceptions" about the federal government.

She wrote to Ickes that in her own "small and wholly insignificant way," she was trying to build morale by giving speeches and slide shows about the beauty of Alaska and its potential.  The work they were doing, she said, "is speeding the development of the territory by 50, perhaps 100 years."

Though the world remained locked in a nightmarish war in 1942, she concluded her 15-page "Syllabus of Alaska's Immediate Problems" by saying the territory "may be the ground where man can work out his hope of a better life in a better world."

"Alaska is no paradise on Earth," she said in a 1943 speech in New York. "Neither is it hell frozen over."

She often wrote in later years that she had been impatient as a young person, a "restless fighter against time." But as she toured Alaska and encountered weather delays or days and weeks, she gave up the fight and chose to direct her energies to writing and observation, forgetting about the clock and trying not to miss the important things.

"When I got to Alaska, I learned that it was useless to be restless. So what it did was to teach me to live inside of time," she said in a documentary about her life.

No one can say that Gruber failed to make the most of her time on Earth, which ended Thursday in Manhattan, 105 years after her birth. She was a foreign correspondent for more than 30 years, the author of 19 books and a lifelong champion of oppressed people.

She said a misunderstanding about her time in Alaska persisted for decades, reinforced by a 1990 biography of Ickes  in which T.H. Watkins wrote that she was hired to "snoop around Alaska and keep him informed." Gruber wrote in one of the three volumes of her autobiography that "I was never a snoop."

It was her work after she left Alaska, as a reporter and a human rights leader, that established her international reputation.

A followup assignment from Ickes in 1944 allowed her to rescue 1,000 refugees from 19 nations on a secret trans-Atlantic convoy. She wrote about the flight of refugees before the founding of Israel in an episode that became the basis for the novel and movie "Exodus." She covered all of the major Jewish emigration movements to Israel.

"I had two tools to fight injustice — words and images, my typewriter and my camera," she told an audience in Pittsburgh at age 90, a statement quoted in her obituary in The New York Times.  "I just felt that I had to fight evil, and I've felt like that since I was 20 years old. And I've never been an observer. I have to live a story to write it."