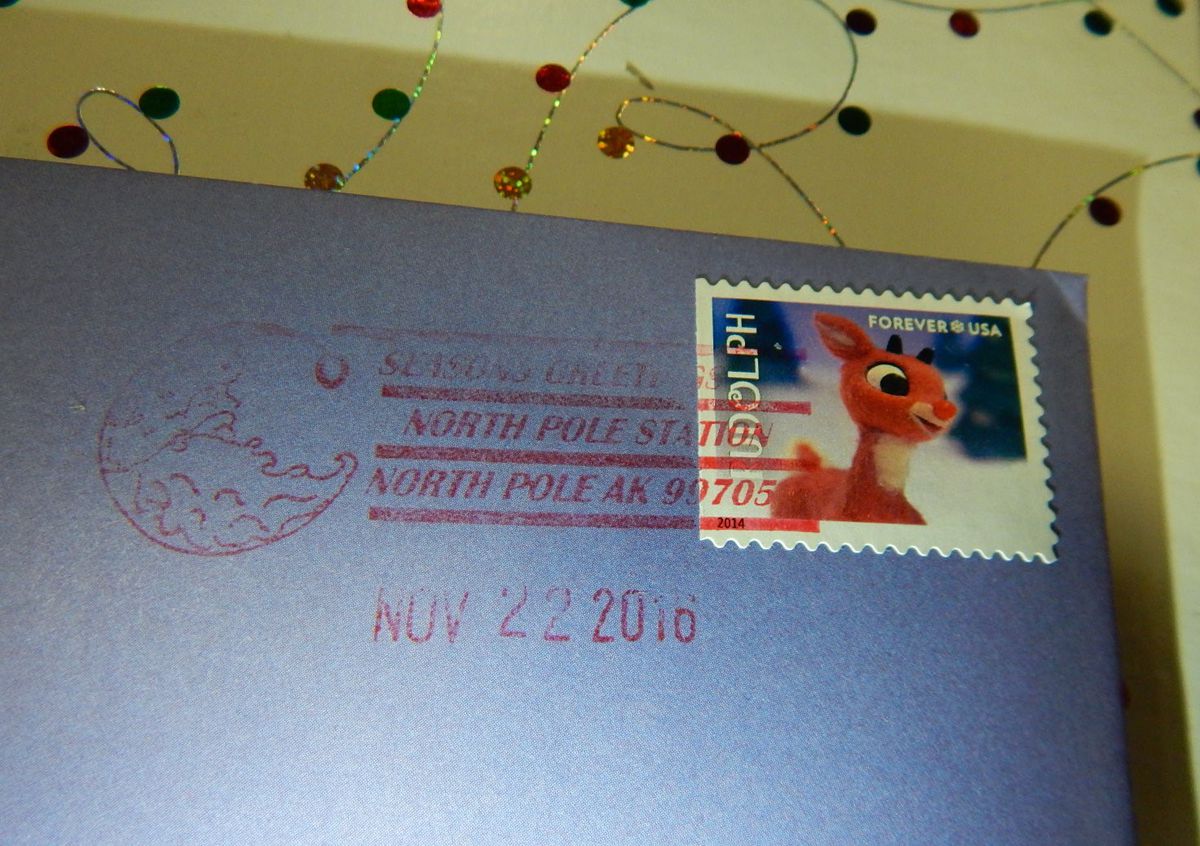 On the weekend after Thanksgiving, my children spent an afternoon writing letters to Santa. A few weeks earlier, a reader had sent me an email asking how to get a letter or card postmarked from the North Pole, Santa's home of modern legend. Years ago she'd done it for her grandchildren, and now wanted to resume the tradition with her great-grandchildren.

The letter writing and the postmark question got me thinking about the individual and collective impacts created by kindness and whimsy, tradition and lore. After all, Santa Claus himself, a charitable do-gooder dating back to the third century, today remains so beloved and popular that over Christmas he receives around-the-clock attention from America's space defense system.

From the story of a magical character's gift-giving and charity to children and the poor, global traditions have evolved celebrating Santa Claus' annual return.

The U.S. Postal Service offers holiday-themed postmarks to letter-writers who want their words and well-wishes to come from a special place, including the North Pole, where Santa is known to live and work, a legacy of the artwork of cartoonist Thomas Nast.

In 1881 Nast illustrated the story of "The Night Before Christmas" for Harper's Weekly, adding some new details to the poem's story of Santa Claus, penned decades earlier by Episcopal minister Clement Clarke Moore for his daughters, according to History.com.

Among Nast's artwork is a cartoon depicting a young boy and girl charting Santa's course from the North Pole.

North Pole, Alaska, is about 1,700 miles south of the Earth's geographic North Pole. It's a small northern city home to oil refineries, the historic Santa Claus House, and for years has been one of the most sought-after holiday postmarks.

Bevan rewrote and adapted the letters for readability and sent a new one yearly to her grandchildren, but added an extra feature: a North Pole postmark.

The tradition continued for nearly 10 years, and now, 10 years later, she's ready for it to resume.

"Now that I have as many great-grandchildren as I had grandchildren when I stopped sending in 2005,  I thought it would be double fun. New eyes and ears and a nostalgia trip for their parents," Bevan said in an email.

To get a North Pole holiday postmark, send stamped, addressed letters in a separate envelope by Dec. 15 to:

If your child is sending a letter to Santa, and you'd like them to also receive a letter from Santa, pen Santa's response and include it with your child's letter; just make sure your stamped envelope for the return mail is addressed correctly.

Other holiday-themed postmarks — from cities from around the nation with names like Rudolph, Santa Claus, Angelica, Bethlehem, Nazareth and Noel — are available by following the same process but sending your mail to the relevant city's postmaster.

Among the other cities with holiday- or winter-inspired names are Hope, Joy, Snowflake, Frost, Holly, Partridge and Spruce.

Finally, the North American Aerospace Defense Command keeps close tabs on Santa as he makes his way around the globe. According to NORAD, the tradition started in the 1950s when an advertisement gave out an incorrect phone number at which to call Santa Claus. The printed number went to a line at space command. Instead of disappointing the children on the other end of the line, staff reported Santa's location to every caller.

"Thus began a tradition carried on by the North American Aerospace Defense Command (NORAD) when it was formed in 1958. Today, through satellite systems, high-powered radars and jet fighters, NORAD tracks Santa Claus as he makes his Yuletide journey around the world," states the command on its website.

The service has evolved into a global phenomenon NORAD says attracts millions of people from hundreds of countries to its Santa tracker website each year.

It may be nostalgic, but few things measure up to the joy of creating memories and fostering childhood delight. Writing and receiving letters, a simple act of personal exchange, reinforce our belief in kindness and generosity.

It's what inspired author Clement Clark Moore to write his legendary poem to his daughters, J.R.R. Tolkein to send letters to his children and what is today relaunching Del Bevan's family tradition.

It bridges our relationship between the past and what's possible for the future, stretches our imaginations and reminds us of the world's good.

I'm thankful something as simple as a postmark, a tangible token of our collective lore, helps guide our way to the magic.