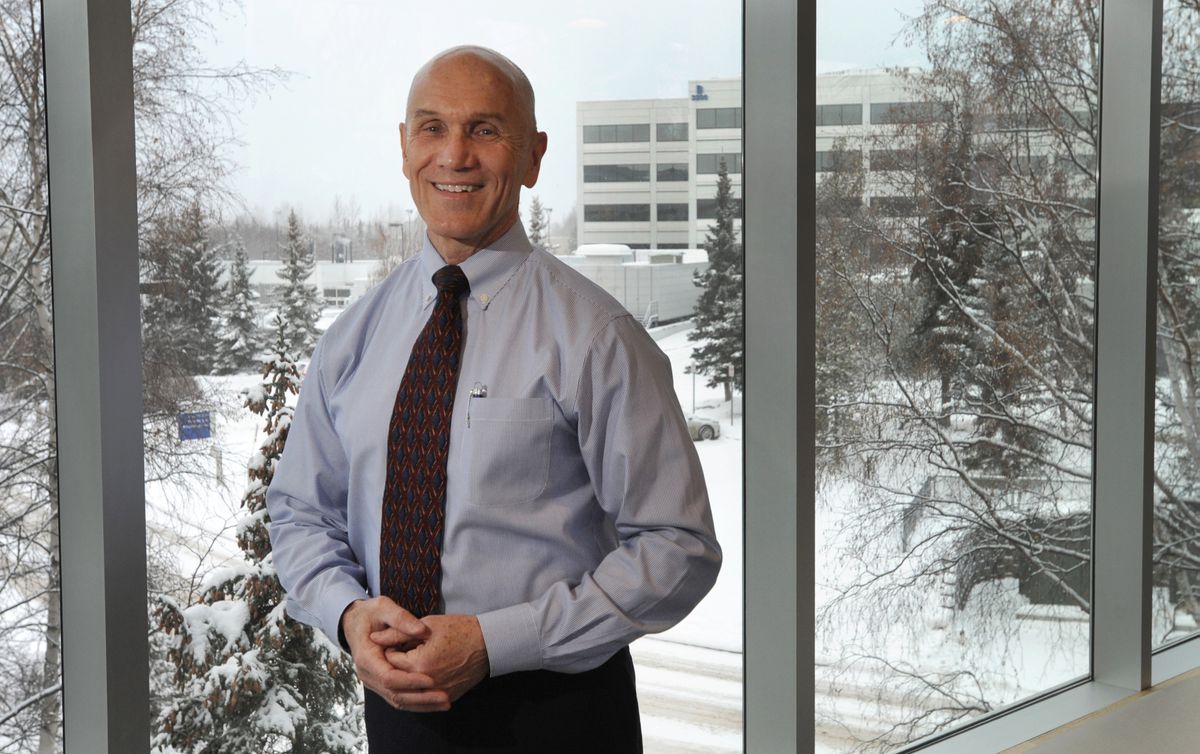 Alaska tops the nation in medical costs. Our per-person spending on hospital care is 50 percent above the national average, even though our use of hospitals is only average.

Part of the problem is that our biggest hospital made a 17 percent profit on providing care last year — or net margin, in the language of nonprofit accounting. That doesn't count the money it made on vast investment holdings.

The hospital gave away charitable care that cost it $25 million. At the same time, it added $132 million in profit to a hoard of Wall Street investments worth around $1 billion. The numbers come from the 2015 Medicare Cost Report, a detailed financial report all hospitals file with the government.

Hospitals consume 42 percent of Alaska's unsustainable health-care spending. That's the topic of this sixth column in a series about our cost crisis. In the next column, I'll cover a radical solution that doctors, administrators and other experts say could work. My weekend column will look at the rocky political path to that solution.

[Read the past installments in Wohlforth's series on health-care cost]

Providence is not unique in doing well. Alaska hospitals generally make profits that are twice the national average.

Numbers are roughly similar to Providence, proportionally, at the much smaller Alaska Regional Hospital, a for-profit business owned by Hospital Corp. of America. Regional makes about 22 percent on patient care but pays federal tax and property tax that bring its net profit well below Providence's tax-free margin.

While it does less than half as much business as Providence, Regional's taxes and charity in 2015 nearly equaled the cost of Providence's charity care.

Providence and Alaska Regional gave me the financial information I requested, including summaries, but Mat-Su Regional Medical Center refused, saying I should get the information from the government's unwieldy files.

Successful management at Providence and its tax-free status allowed it to grow rapidly, filling the U-Med District with new buildings and adding staff even through economic downturns. While banking deep reserves, it also subsidized a wide variety of social services and money-losing medical services.

Money sloshes around freely in Alaska's medical industry from overpriced and unnecessary care, so it's not surprising that the largest entities are doing well. Providence's CEO agreed the system is crazy and brutally unfair to some patients, noting that medical bills are a leading cause of bankruptcy in the U.S.

"It's generally understood that some 35 to 50 percent of health-care spend is not necessary, that it's waste of some sort," said Providence chief executive Bruce Lamoureux. "The system is so broken and confused that you have all these strange and wacky and perverse incentives."

The Alaska Legislature passed a law in 1998 making it economically impossible to operate managed care, as I'll cover in my next columns.

The lack of price competition allows many providers to charge inflated prices. As I previously reported, monopolized practices in specialties such as orthopedics and cardiology charge as much as 10 times more than doctors outside Alaska. Hospitals don't have complete monopolies but insurers have few choices and weak bargaining power when contracting for service.

At Providence, like other hospitals, charges bear no relation to the cost to provide service, according to the 2015 Medicare report. In labor and delivery, Providence charges a 66 percent markup. In the emergency room, the markup is 626 percent of what the service costs. Heart monitoring is charged at 11 times what it costs to provide. In 2015, Providence charged $37 million for drugs that cost $6 million.

But hardly anyone pays those charges. They are like opening bids in negotiations with insurance companies, which each obtain discounts of various amounts according to complex contracts.

The hospital offers self-pay patients an automatic 20 percent discount but collects only 5 percent of the billed amounts (the unpaid portion is counted as bad debt, not included in charity care). Medicaid paid only 27 percent of the amount Providence charged, but that was still enough to give the hospital a 10 percent margin on that care, the 2015 Medicare report said.

In all, the hospital charged about $2 billion and wrote off or discounted about $1.3 billion of that amount. But the hospital did fine, because its total costs for patient care were only $479 million.

As a patient, your share of the discounts was a lottery, depending on why you went to the hospital and the deal your insurance company made — if you were lucky to have insurance.

Lamoureux agreed that the charges don't make any sense. But the hospital can't charge like most businesses — recovering its costs plus a reasonable markup — because of the chaotic way that insurers and the government discount their payments.

He said the hospital's overall 17 percent margin is reasonable to cover increasing costs in the future. Although depreciation of the physical plant is accounted for elsewhere in its finances, future replacement of facilities may cost more.

He said the Alaska hospital's huge investment reserves help back bonds for facilities built in the Providence system outside Alaska. Money generated in Alaska stays here, but Providence Health and Services, the overall entity, has been losing money across the five states where it operates, according to 2014 tax filings. The Alaska operation holds a disproportionate amount of its financial assets.

Lamoureux said he expects finances to tighten. Providence Alaska Medical Center will post a smaller margin in 2016. He said Providence will stop expanding and save resources for harder times ahead.

I think Providence could afford to give away more charitable care. But as I look at the hospital's wealth, I see a symptom rather than a cause of Alaska's sick health-care system.

The current system extorts taxpayers, employers and individuals for uncontrolled spending on high physician salaries, gold-plated health facilities, investment reserves and unnecessary tests and procedures. Providence happens to hold one of the biggest buckets gathering the money cascading from our inverted pockets.

A fair and sustainable system would stop that flow. Patients would pay for the costs they caused. Providence and other health care providers would profit by producing results.

There is a way to make that happen, as I'll discuss in my next column.