Recalling the service of parents lights hope for 2017 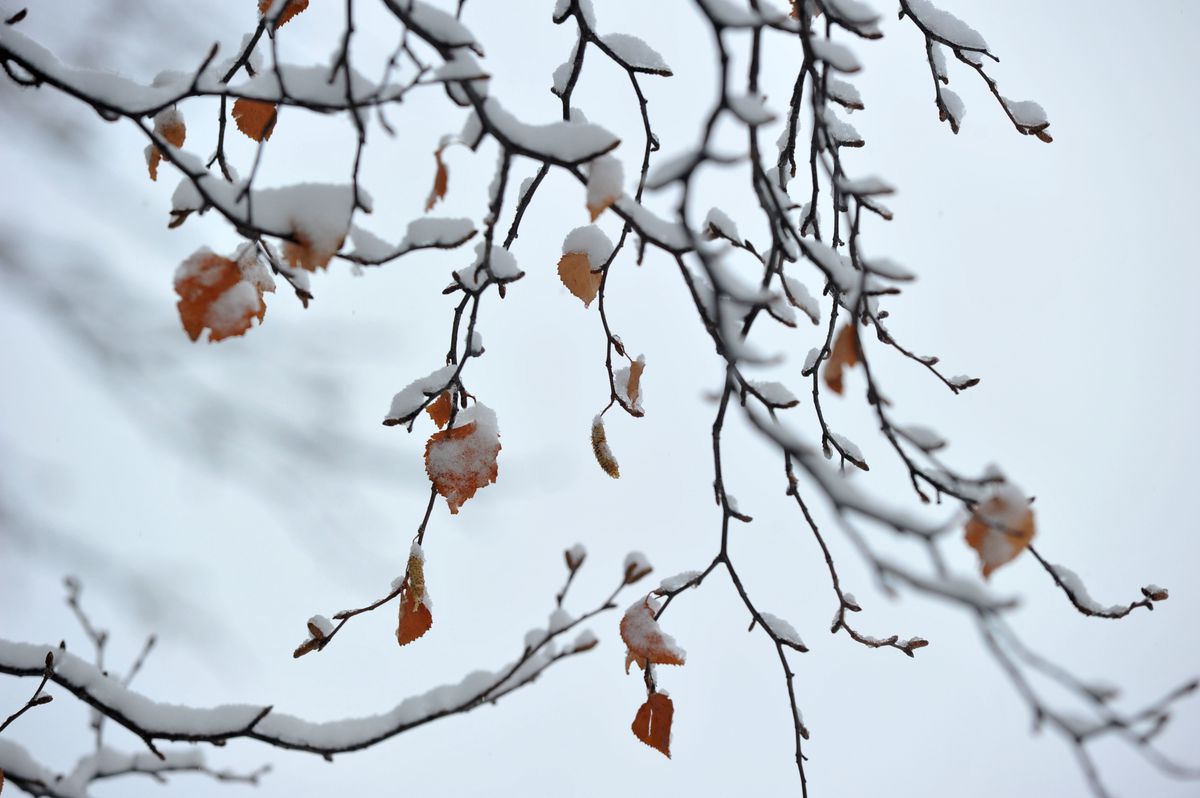 The few remaining birch leaves cling to the tree under a blanket of the first snowfall of the year in West Anchorage, Oct. 21, 2016. (Bob Hallinen / Alaska Dispatch News)

The few remaining birch leaves cling to the tree under a blanket of the first snowfall of the year in West Anchorage, Oct. 21, 2016. (Bob Hallinen / Alaska Dispatch News)

Watching flame flash from thick birch logs in my otherwise dark living room, I thought of the distant springtimes when fresh leaves captured the sun's light and stored it in this wood.

Alaska's trees add their growth rings in the spring, when the sky is light all night and the ground is wet. These birches grew for a century, sprouting before the city was born. We cut them when the center of the trunks rotted, years ago. I moved the wood pile when I moved to my new house.

Now here comes that light and warmth again, gathered through all those years, reclaimed on a cold December night. And for some reason my mind jumps to thoughts of my mother, who died of breast cancer five years ago.

She and my father, who is still living, brought my brother and me to Alaska in 1966 for a great adventure.

Coming from Brooklyn, when Alaska was much farther away and much rougher than it is now, they convinced their families that they would be gone only three years. They rented the house in New York rather than selling it.

But a young family's roots sink fast, especially in this rich ground, where every talented person was so needed in those days of growth and creation.

Dad, an attorney, had first come north to help with legal issues from the 1964 earthquake, as the state tried to help homeowners who owed mortgages on destroyed homes. Over his career, he helped Anchorage expand by working out the legal problems in building the city's new sewer system, wrote many of the laws behind our state's financial system, and led the Alaska Permanent Fund as a trustee.

We were in church together in November for All Saints Day when the priest asked each of us to think of a saint in our own lives. Dad turned to me to recall his mentor, a colleague from the financial industry who had helped him develop his work in his early years in Alaska, a man of great integrity and warmth.

I recalled being a young teenager, riding an elevator in my father's building on G Street, when that kind old gentleman got on. I knew him as someone my parents greatly respected, and now we were suddenly alone. Without hesitation, he turned to me and said, in those few moments, that my father was a great man and that I should try to follow in his footsteps.

I never told my dad about those words until we sat in church in November. In that moment, a flicker of light emerged, like one of those flames leaping from an old, strong birch log.

My mother's cancer took her slowly, which was a sad and fearful time, but provided plenty of opportunity to see what was coming and to talk about important memories.

She was one of the founders of the two schools that made me what I am now, a writer: Chugach Optional Elementary and Steller Secondary School. After I grew up my own children went there, too.

I tried to follow Mom's example, working a morning a week with the children at Chugach. The youngest of my four children was finishing there when I realized that some of the most rewarding days of my life had happened in those classes, helping children learn and watching them grow — not only my own children, but their friends and classmates.

I thanked my mom for that, when she was ill, recalling how she had led a book group in my class in sixth grade.

The thought struck me, in front of the fire, that the wood transforms the light, concentrates it. I thought of the little moments that created the values that motivate me today. And I thought of what my children have witnessed. Not the moments of bad parenting we all fear will be recalled, but the small acts of service we aren't even aware of that may someday grow into a flame to light the darkness in the future.

Service is the heart of our community and of our nation. It is inseparable from true democracy and the ability to make peace and develop into a people of good character.

We all serve differently. My mother adamantly opposed the Vietnam War, and served through her voice and her vote, but during that terrible time she also taught me that the service of soldiers is always honorable, as they give our country their freedom and safety without the power to question why.

I think as well of how my parents worked cordially with their adversaries in many political battles over the years. As president of the Anchorage School Board, my mother received constant criticism from the editorial page of the Anchorage Times, but she became friends with the editor.

Hating political enemies is childish and blind. Listening to them is a form of service.

A year ago, I wrote a year-end column about the frightening challenges facing the world and Alaska — environmental decline, terrorism and war, mass displacement of refugees, and so many other problems. Fear is driving people to grasp for absolutists as leaders in many countries.

In the United States, we seem to have lost the mutual respect to work on problems together. People don't agree on facts. We're struck mute, as discussion cannot happen without facts.

A year later, these problems are worse.

But, in front of my warm fire, I thought of the birch trees standing in the darkness outside, bending in the north wind of winter. I believe that if we are true Alaskans and Americans, true parents and children, and we serve others as we know we should, we will continue to capture the light of spring.

That light will shine again.