How truth can survive the Alaska predator-control war 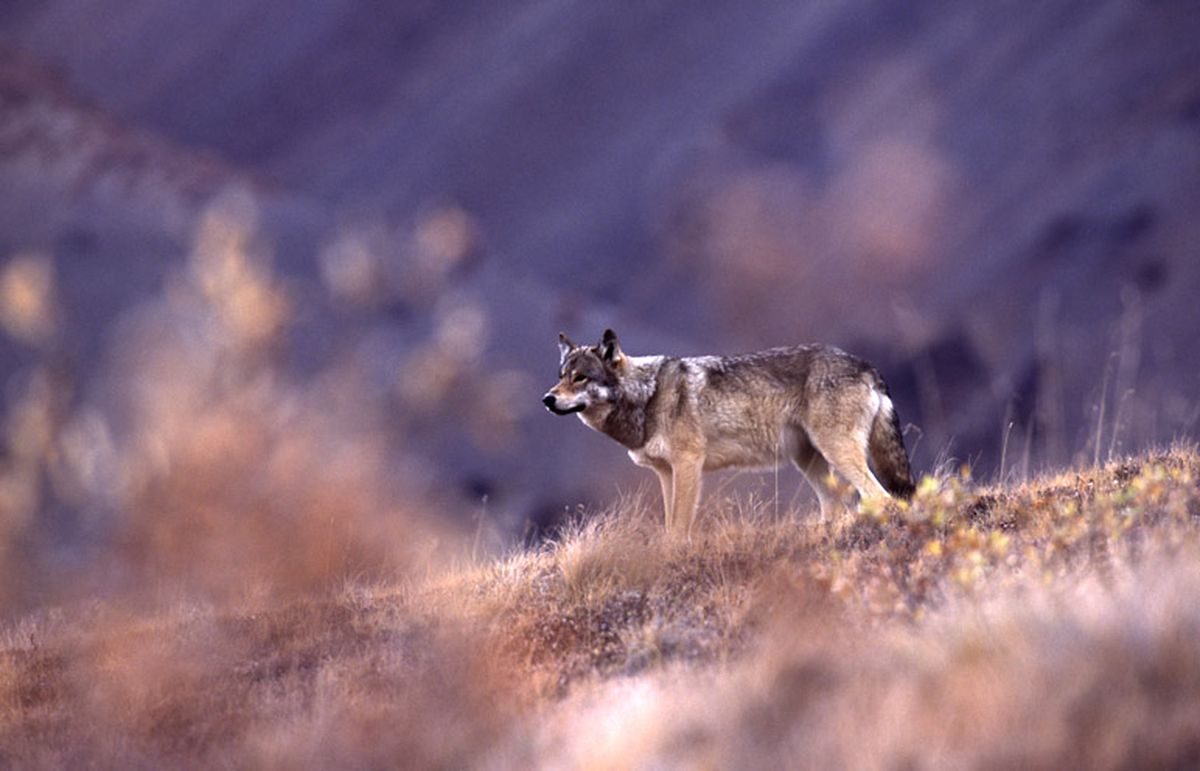 A wolf stands on a ridge in Denali National Park during the park’s annual road lottery. (Stephen Nowers / ADN archive 2002)

A wolf stands on a ridge in Denali National Park during the park’s annual road lottery. (Stephen Nowers / ADN archive 2002)

Alaskans have warred over our peculiar institution of predator control for decades, but basic facts are missing.

I'm not talking about the opinions of animal lovers who oppose all hunting. What they want and why is clear.

On the opposite side, there are hunters who never saw a wolf they didn't hate. Their point of view is just as emotional and values-based as the animal lovers'.

I don't agree with either side, nor do I discount their points of view. But there must be a middle ground for an Alaskan like me, and many others, to decide if what our state is doing makes sense.

Every year, state employees fan out across the wilderness to kill hundreds of wolves and bears — and authorize private parties to do so as well — using aerial methods normally considered unethical. The only objective is to increase the take of moose and caribou available to hunters.

[Congress and Trump revoked the predator-control ban on Alaska's refuges. Now what?]

This is a risky endeavor for Alaska's tourism economy. It's expensive. It's packed with questions about the purpose of nature. Except for certain examples, it's not clear it has made an overall difference.

But those questions lie in the no-man's land between the trenches. I've read the positions of both sides, and I don't know who to trust.

We need an independent, scientific review of the program, like one done in 1997 by the National Academies of Sciences. Unlike what happened in 1997, we also need to follow the recommendations of the review to fill information gaps.

Activist Rick Steiner suggested a review to Gov. Bill Walker and Sen. Dan Sullivan and both brushed him off. An email he received from staff to Sen. Lisa Murkowski suggests she is still thinking about it.

When I posed the idea to Alaska Department of Fish and Game Commissioner Sam Cotten, he welcomed a National Academies review, although he would want to agree on the questions and make sure Alaska information is fairly presented.

Cotten defends the department's science and says it has backed off on ineffective predator control efforts, even when the Alaska Board of Game wanted them to continue. But he conceded the opponents might not trust department science any more than he trusts their analysis.

The science has changed over the years.

In the 1980s and '90s, intensive management advocates believed ecological systems had a balance of high productivity that could be restored by killing predators.

The theory held that wolves could hold prey to a low level that hurt wolf numbers, too. If killing wolves gave prey a chance to bounce back, a new, higher equilibrium would support higher numbers of moose, caribou, and also wolves.

The 1997 study found little evidence to back up this idea of two levels of equilibrium. Ecologists today understand these relationships are too complex and chaotic to attain stability. The balance of nature is a myth.

More prey leads to more predators, which leads to less prey and less predators, and so on. Even leaving aside the many other influences on the system, numbers fluctuate.

The Alaska Constitution, completed in 1956, relied on a simpler idea of how nature works. It calls for maximum sustained yield for the benefit of people. A state law passed in 1994 says intensive management is the way to get that.

The current idea is to hold down predator numbers so grazers can reach the carrying capacity of the habitat. In other words, kill enough wolves so numbers of moose and caribou are limited by the amount of food available, not predation.

An implication of this concept is that predator control can never end. You have to keep returning to knock down their numbers. But, theoretically, the productivity of the entire system would be higher, potentially producing more wolves as well as moose and caribou.

An outside scientific review could determine if this approach works, if the department is pulling it off, and how much it costs for the enterprise to produce a pound of moose or caribou.

In fiscal 2015, the department spent more than $900,000 on the program and the research to support it, with the money coming from the state budget and federal grants funded by gun sales. But statistics compiled by retired moose biologist Vic Van Ballenberghe show little change in moose harvests statewide before and after intensive predator control regimes.

If the work had really made Alaska's ecological systems more productive, where are all the additional moose? The harvest has varied around 8,000 moose for decades.

Van Ballenberghe thinks the Game Board isn't necessarily aiming for higher total productivity of the system, just a bigger share for hunters. After all, any time you kill predators, you likely increase the numbers of prey available for hunters, even if you don't increase the sustained yield.

Van Ballenberghe said board members revealed this philosophy when biologists presented evidence of a Kenai Peninsula moose herd limited not by predation but by poor habitat—and wanted to kill the predators anyway.

"That was a different, novel and scary approach to me. If you take that approach, the natural extension is that you would kill all the wolves in Alaska," Van Ballenberghe said.

I'm skeptical human beings can fine-tune predator-prey relationships across the broad span of Alaska to generate more meat. The humility I've learned in Alaska's outdoors tells me nature is much too big and complex for that to work.

If the program doesn't work — broadly, not just in a few noted places — then we can stop the debate. An outside science review could tell us one way or the other.

But science won't tell us what Alaska is for.

For many Alaskans and visitors, Alaska is a grandly wild place to be appreciated. Predator control diminishes that experience — just knowing it happens, even if it didn't drain Denali vistas of wolves.

For many other Alaskans, Alaska is an ecosystem they are part of. Catching a moose or caribou isn't just about getting meat, it can also be about who you are.

Both are connections of the spirit. With that in common, it's worth finding answers to help us share this place.