Senate has a plan -- with no income tax needed 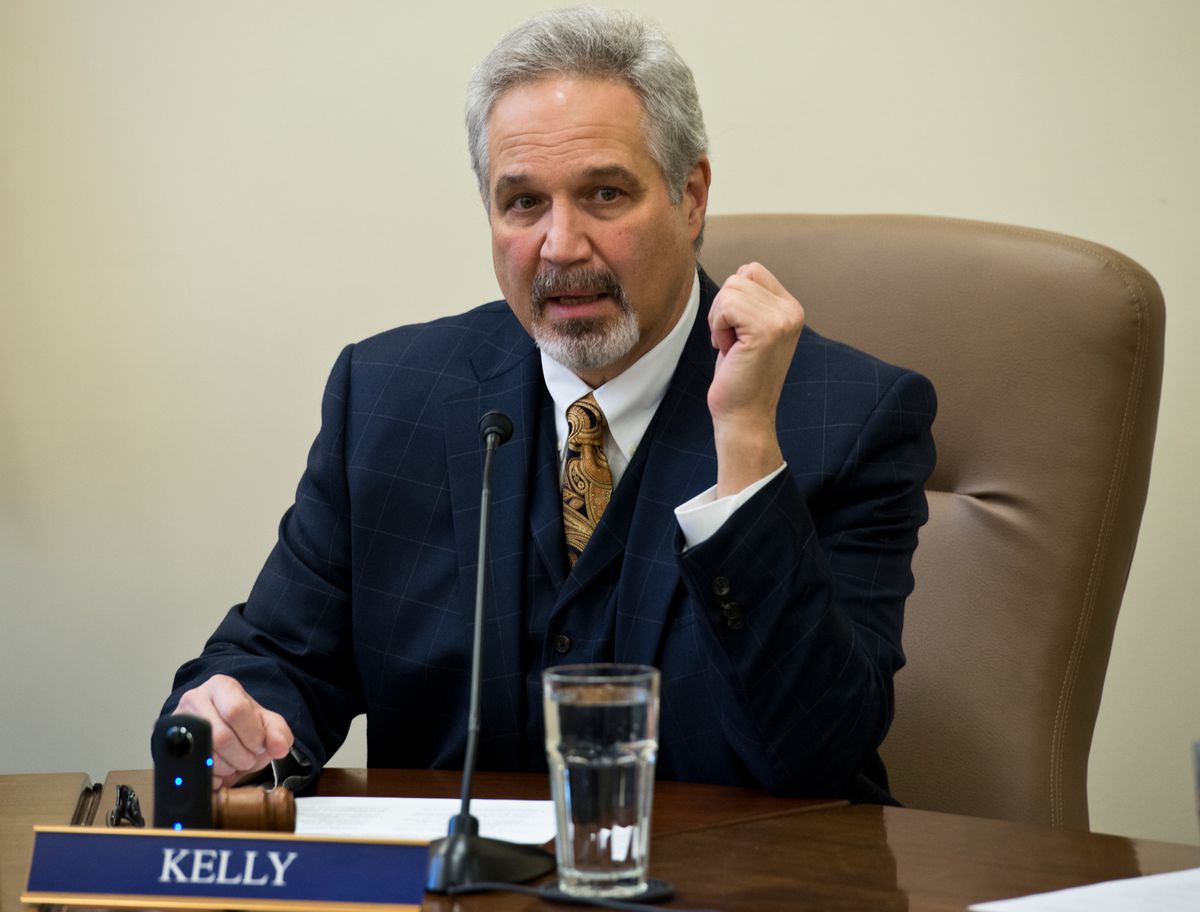 Today I'd like to share with you the Senate's vision for Alaska's next steps forward into the 21st century. We now face a harsh economic reality where world energy sources are cheaper and more diverse than ever before. Oil prices are low, and may stay that way.

Thanks to the statesmen of the 1970s, Alaska remains rich in a more universal commodity, cash. With over $60 billion, Alaska's capital resources can earn more than all our oil wells combined. And I suspect that cash, unlike crude, won't ever fall out of favor with the cultural elite.

On March 15, the Senate passed Senate Bill 26, a modified version of the governor's Permanent Fund restructuring plan. On April 12, the House of Representatives passed the bill with some changes to the details. Dividends under our version would be about $1,000 and, under the House version, about $1,250.

But on top of these variations, the House included completely new requirements. In order to transition our capital resources onto a modern sustainable percent of market value foundation, they're demanding that we in the Senate institute new taxes.

Apparently, it's not enough to use a portion of dividends to keep the lights on.  You, the working public, need to be hit where you will feel it even more: your paycheck.

There may come a day when maintaining effective government requires invasive taxation. War, fire, floods and earthquakes litter Alaska's past and may strike again at any time.

Thankfully, that's not today. By leveraging our reserve accounts wisely, SB 26, without a new income tax, will fund our government beyond the horizon of reasonable predictions. Here's how:

First, our SB 26 covers about 88 percent of the present fiscal gap, intentionally leaving a small budget deficit of about 12 percent, easily covered by our reserves for a decade. This small deficit ensures that there is continued accountability on government to seek new efficiencies and streamline operations.

It is my position that if you are paying half your dividend to government, it had better be kept away from the all-you-can-eat buffet of public money.

[Senate wants to use a raffle to help pay for education]

Second, our version of SB 26 actually begins growing the Constitutional Budget Reserve after 2022, according to the nonpartisan Legislative Finance Division, even if we reduce spending only 2 percent for the next two years, a fraction of what I believe a streamlined government could save.

A growing CBR equals sustainable government: keeping schools open and roads cleared, indefinitely and without taxing your income. The Alaska IRS can remain where it belongs: a progressive dream and a collective nightmare.

So, if the Senate's plan leads to a replenished CBR and fully-funded government operations, why would we want to hire 65 new Alaska IRS bureaucrats to come after you?

I have no idea.

When progressives want to reduce smoking or super-sized sodas, what do they do? They raise taxes on them with the stated intention of stamping out consumption.

But when those same groups advocate for taxes on the income from jobs, they insist that employment will not go down and that jobs will not be lost. How are both possible?

We believe just as taxes on tobacco reduce smoking, taxes on labor must inevitable hurt workers, reduce job creation and trip up our stumbling economy.

With Alaska jobs under pressure, this is precisely the worst time to enact a needless tax on employment. Yet, in a press conference this Tuesday, the House Rules Chair stated, "If the Senate think we are going to get out of here (Juneau) with just Permanent Fund changes (no income tax) they have another thing coming."

I expect the rhetoric will get worse before it gets better. You will read in the papers that the Senate is stonewalling, that we are obstructionist. The TV will say we eat puppies and squash ladybugs. The bureaucrats will grumble that our plan is "incomplete," that our SB 26 wouldn't actually work the way Legislative Finance says it does.

You will hear many things about us, and most of them won't be pleasant.

But we aren't working for popularity with the beautiful television people, the cynical press, or the bureaucratic institutions who will never be satiated by any largess of public spending.

The members of the Alaska Senate majority are fighting for you, for your paycheck and for your job.

The only thing standing between you and an income tax is the Senate.

Sen. Pete Kelly, R-Fairbanks, is president of the Alaska Senate.