Lawyer's advice for a divided nation: Speak, listen and love your neighbor 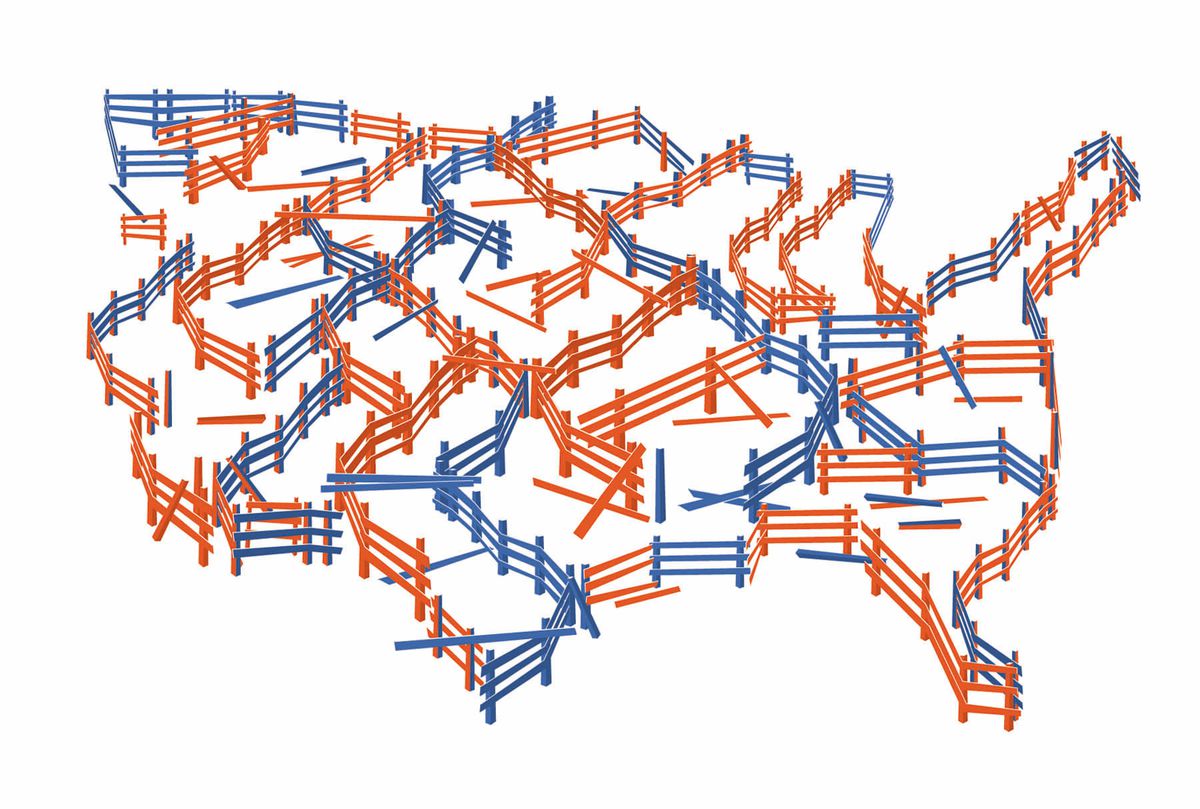 May 1 is Law Day, the day set aside by Congress to celebrate the American legal system and our nation's commitment to the rule of law. Most years, commemorative events honor the U.S. Constitution and the many ways members of the legal profession defend constitutional rights and liberties.

But this year, with the polarization of our political landscape and increasing threats to open and honest civic discourse, I think lawyers can offer something uniquely useful to a nation facing crisis: professional guidance on how to communicate through controversy.

To say that lawyers are adjusted to living in an environment of hostility would be an understatement. But over the centuries we've developed principles for navigating confrontation that protect us from mayhem in the courtroom, where the stakes are often high and personal.

As a retired lawyer, I offer these "Top Ten Lawyer Tips for Getting Beyond the Shouting." Perhaps if we all acted a bit more like (good) lawyers, we could elevate public debate, foster greater trust and confidence in our democratic institutions, and — most importantly — instill a deeper collective faith in ourselves.

1. Consider both sides of a story. Most of us have strong opinions, and there's nothing wrong with that. Dissent is healthy and essential in a democracy. But never yield to the temptation to assume your opinion is the only one worth considering. And remember: Arguments are rarely resolved by telling your opponents they're wrong. Lawyers know that the best way to effectively represent their clients is to seek to understand — with sincerity — where the other side is coming from.

2. Take turns. One of the most valued principles of our legal system is the importance of having a chance to tell our story. We're all entitled to a day in court on matters that significantly affect our lives, without unreasonable interruption or interference. Screams and threats are not tolerated, and can lead to fines and even jail. Say your piece and let the other side say theirs.

3. Show respect. When the first word out of your mouth is an expletive, or a derisive name, check yourself. Courtesy and decorum aren't just old-fashioned rules for playing nice; they're key to the mutual respect required to solve difficult problems.

4. Rely on evidence. Much has been said about the proliferation of fake news and falsehoods. But untrustworthy information is not a new problem, at least for lawyers. Establishing the reliability of evidence — finding the facts — has long been at the core of how we prove our cases. We can't establish an allegation in dispute by saying we think it's true, or parroting others who say it's true. We must demonstrate it's true with painstaking attention to detail. Don't believe something just because you want to; demand good evidence.

[In final address, Obama sees a bridge for a divided nation]

5. Act ethically. Lawyers must adhere to strict rules of professional conduct designed to protect the public and the integrity of our legal system. One of our most prominent ethical standards is the duty of candor — the obligation to be honest. Nothing erodes effective problem-solving more quickly and devastatingly than lying. Don't take liberties with the truth to enhance your position. And when you hear something that you know is false or unreliable, call it out, and don't repeat it.

6. Consider conflicts of interest. Professional rules also require lawyers to recognize when our personal, professional or business interests may conflict with the interests of a potential client. To remove any risk of bias, we may be compelled to decline representation. Politicians and members of the public aren't governed by such strict restrictions. But when you're following a public controversy and forming your own opinions, it's worth considering the allegiances of those involved. And it's worth asking: What influences are they answering to, and for whose interests are they truly speaking?

7. Honor the rule of law. Most everyone offers opinions on the U.S. Constitution and the many other laws that bind us. Thoughtful interpretations by scholars, dating back centuries, fill law libraries across the country. Any lawyer knows that few legal issues are clear, and few outcomes certain. Honoring the rule of law means committing to persistent inquiry and advocacy while abiding, ultimately, decisions with which we may strongly disagree. We recognize that losing a battle this way is not losing the war. Give us the rule of law any day over the rule of man — the arbitrary, unbridled and unaccountable whims of tyrants. When arguing about what our laws mean, do so humbly, and remember what a privilege it is to do so at all.

8. Promote civic engagement. It's quite possible to graduate high school in America without learning the rights and responsibilities of citizenship. But lawyers understand that our nation's founders, in giving ultimate power to the people, also created expectations. The opportunity for civic engagement is one of their greatest gifts to us, but also one of their boldest challenges. Each of us has a role to play, and we neglect it at our peril. When we're pointing fingers at those responsible for the sorry state of civic affairs, we need to include ourselves.

9. Play fair. Social media and talk shows thrive on "gotcha" moments — on catching people off-guard and unprepared. The more embarrassing and humiliating the slip, the more likely to "go viral." Too many of us are gleeful when acts of rudeness, ambush and sabotage serve our perspectives, then outraged when those with whom we disagree benefit from the same tactics. Again, lawyers can offer some insight. Deeply ingrained in our sense of fair process is the concept of notice. Shock and surprise may work for ratings, but they're deadly to careful deliberation. If you want to be taken seriously by those on both sides of an issue, be open and forthright about your concerns, and drop the drama.

10. Show compassion. To me, law has always been a helping profession. During any given year, lawyers across Alaska volunteer thousands of pro bono hours to serve the unmet legal needs of Alaskans facing hardship, and to help make our state a better place. While some efforts come from a sense of professional duty, most come from the heart.

So here is the last tip for navigating these strange and fearful times: Listen and speak to others with compassion, however difficult it may be to find. It doesn't take a lawyer to tell you that loving your neighbor is the ultimate answer, and always has been.

Barbara Hood is a retired attorney. She lives in Anchorage.