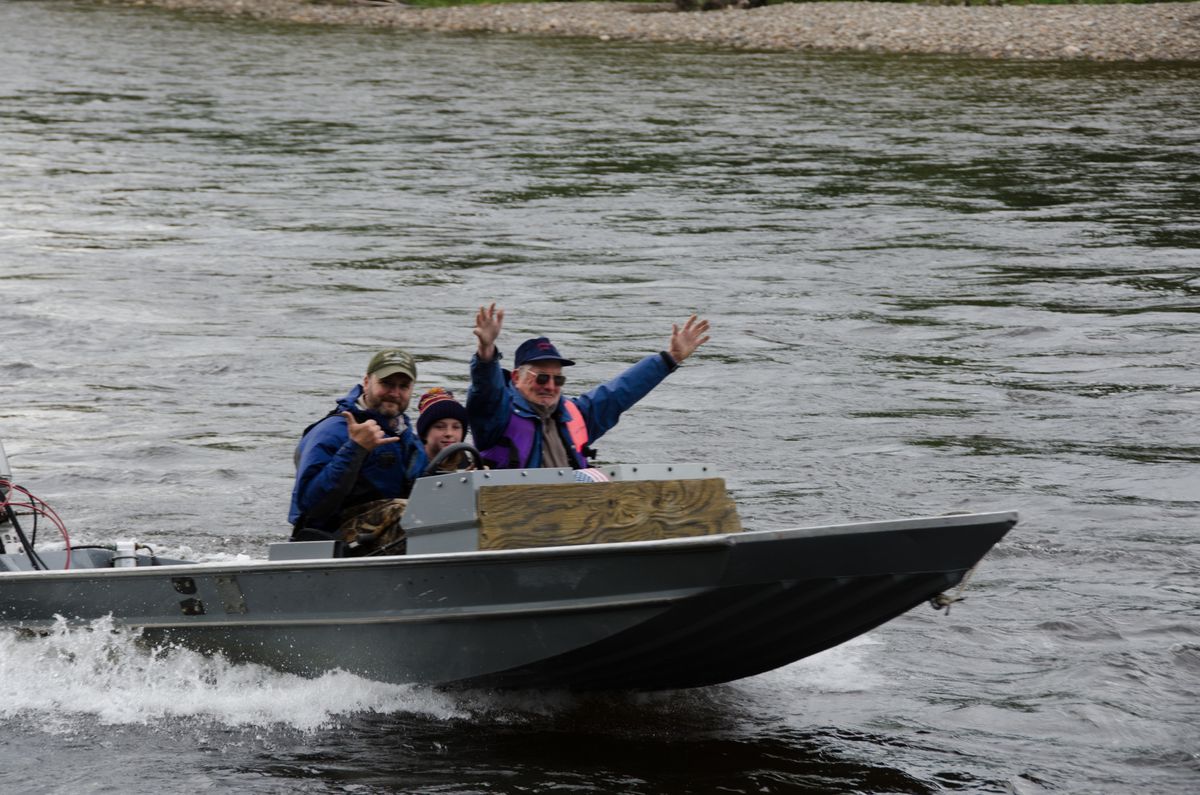 FAIRBANKS — A cold snap brought a sudden stop to one of the first land-clearing jobs that Sam Brice and his father had taken on in Alaska, making their continued existence in a wall tent inadvisable. They couldn't get their old frozen truck running, but Vern Hines gave them a ride back to Fairbanks.

How grateful was Sam Brice?

"Every time I run into Sam, he still thanks me for that," Hines said not long ago. It's been more than 57 years.

Brad Perkins mentioned this Saturday during Brice's funeral as an example of how gratitude and appreciation for others was an essential element of his father-in-law's character.

About 450 people from across the state attended the service at Sacred Heart Cathedral, for reasons that included large measures of gratitude and appreciation. The governor was there, along with people dressed in construction clothes and suits who had friendships forged through construction, politics, hockey, fishing, flying and the many random ways in which people get to know one another in Alaska.

In an accident that jolted the community, Sam Richard Brice, 81, and Buzz Otis, 63, died May 27 when the Arctic Tern airplane Brice was flying crashed about 60 miles east of Fairbanks. They had gone out that day to check on Otis' son, who was delayed on a river trip and turned out to be OK.

Matt Brice, one of Sam's children, told the mourners that he knows his father would have wanted him to say that as the pilot in command, he would have attributed his death to fate.

"But he would regret having his good friend Buzz Otis with him," Matt said. "So on behalf of Dad and all the Brices, a sincere and heartfelt condolence to the Otis family."

Otis, a co-founder of Great Northwest Inc., had been a prominent Fairbanks business, political and community leader for decades. He was a conservative and a gentleman who made Fairbanks a better place to live. In his steadfast commitment to his family, he set a model that all of us should emulate.

A rugby player of note for the original Sundawgs team, he built "Buzz's Rugby World" on his property, the first private rugby field in Alaska, a regular "field of dreams" for followers of that sport. When he served on the borough assembly, it was not unheard of for Otis to arrive at a meeting after undergoing some rough stuff on the field.

The memorial service for Otis is set for Saturday at the North Pole Worship Center at 4 p.m.

A lot of people in Fairbanks knew and respected both men, so thoughts about Otis were much on the minds of those who gathered at the Brice funeral. One of the things the two had in common was an ability to lift the spirits of those they encountered.

In Brice's case, as Perkins put it, sometimes that was as simple as knowing just what to say. Perkins once went through overflow on the Salcha River and, after recounting the difficulties of that adventure, Sam sent him a text about how "getting stuck for you is simply the prelude of getting unstuck."

Ernest Szoke, who had known Brice since they enrolled at Columbia University in New York in 1953, said he didn't know how to honor his best friend, but remembered the lines "Life must go on. I forget just why."

He said he had to look up the author on the internet, but that Brice would have known it was the work of Edna St. Vincent Millay.

Brice grew up in Florida and his family moved north to Alaska in the late 1950s. The parents and their four sons started a family construction business; it was led by the mother and father, helenka and Luther Brice.

She spelled her name with a lower-case "h" and any newspaper reporter in Fairbanks who didn't know could expect a call from her about a capital crime. In her 1992 obituary, a newspaper writer said helenka had the "force of a living tornado," which was not much of an exaggeration.

"Al, Andy and I figured we would be called helenka's boys forever," he told an interviewer in 2011.

But it didn't happen that way. They expanded the company and improved upon an unmatched reputation for excellence in handling remote construction jobs in rural Alaska. They built dozens of airports and handled jobs from the Aleutians to the far northern reaches of Alaska.

Seven years ago, the family sold the company to the Calista Native Regional Corp., though a younger generation of family members remain key leaders of the business.

In 2014, the Associated General Contractors gave its top award for the first time ever to a group of people — Al, Andy and Sam Brice.

After his death, one of the messages his children received came via social media from a woman they had not met. Brice had befriended a former ex-Marine whom he got to know through a chance meeting at a bus stop while waiting to pick up kids.

When the man stopped showing up at the bus stop because he was ill with cancer, Brice found out where he lived and became a regular visitor in the final months of the sick man's life. Marines "show up first," Brice told the man's daughter.

"Sam became a constant visitor for my dad and I will never begin to be able to express to the Brice family how much that meant to me," the woman wrote. "I am forever grateful that he became a Marine and that he 'showed up first.' "