Insurance won't pay for surgery that could save Barbara Ross' life 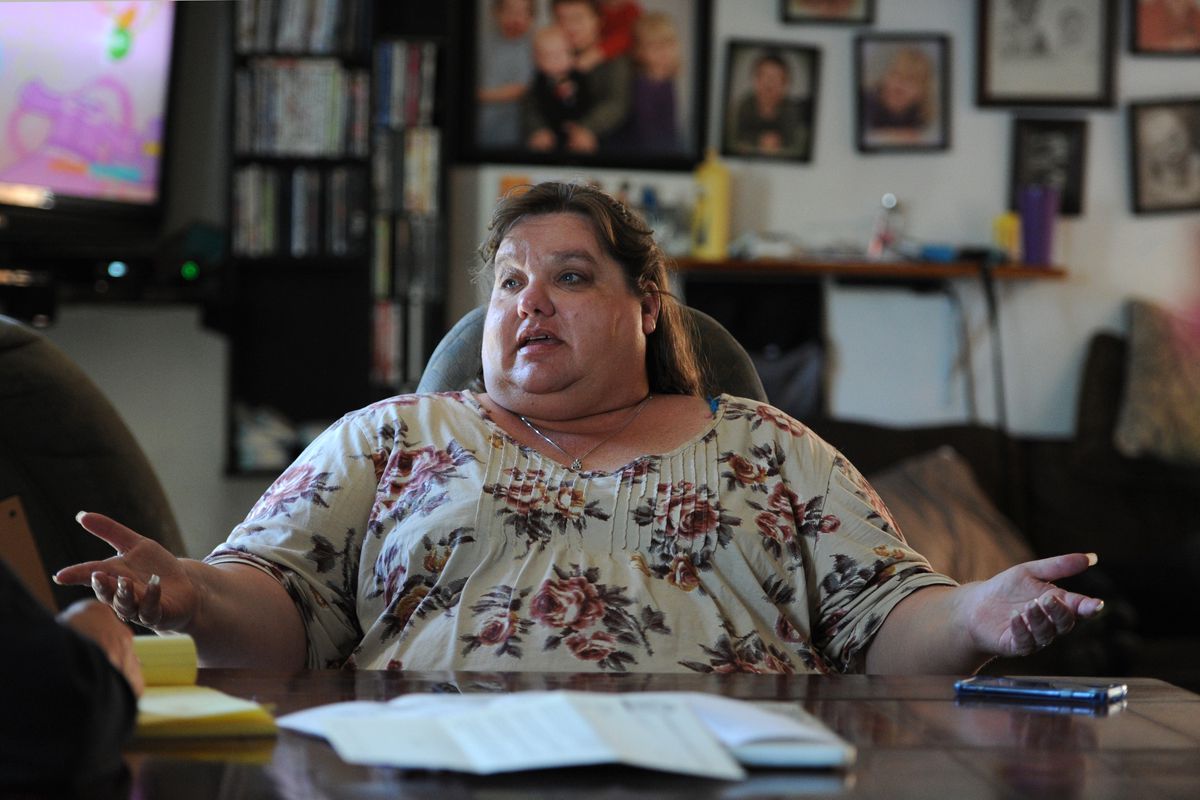 Here's a story that illustrates the flaw in how we pay for health care. It also illustrates just how bad your life can get when you try to play by the rules.

Barbara Ross needs an operation to control her weight. Her Obamacare insurance policy won't pay for it, even though doctors say her survival may depend on the surgery.

She could leave her job as office manager at a towing company and get Medicaid to pay, but she helps support 10 family members in a house in Muldoon. Besides, she said, she wants to work, not get disability welfare payments.

Ross has a condition called hereditary lymphedema. It causes her body to retain fluid under her skin. She says she was always "a big girl," but she eats a healthy diet and worked out in a gym while she still could.

After an injury the lymphedema went out of control. She lost the ability to exercise and her weight shot up, making the lymphedema worse. Now she can barely stand. Her legs are too big for her to drive a car. She developed hypertension, diabetes and peripheral neuropathy, with numbness and chronic pain.

Her skin breaks from the pressure of the fluid. She looks like an over-inflated balloon — and she kind of is. On one of her various hospitalizations for a weight-related infection, the intravenous fluids given by doctors built up until one of her legs burst and water flowed out.

Because of her illness, Ross' life is painful, unhealthy and humiliating. And costly.

Dealing with the infections caused by her weight surpassed the $6,500 deductible on her Affordable Care Act marketplace policy. One of her two hospital stays in 2015 cost $192,000.

Gastric bypass surgery, with one night in the hospital, would cost a fraction of that.

Dr. Devery Mitchell, who brought Ross' case to my attention as part of her project to document problems in the health care system, said the fluid retention and weight gain contribute to one another. Tackling the weight would help Ross get rid of the fluid and stay out of the hospital.

But the ACA policy explicitly excludes gastric bypass surgery and Aetna denied it.

"It may very well be the procedure that saves her life," wrote Dr. Marlena Purchiaroni, in an appeal letter. "I anticipate it will also save hundreds of thousands, if not millions, of dollars in insurance costs for medications, medical equipment, frequent hospitalizations and potential amputations over the coming years."

Ross appealed twice and hired an attorney. He wrote to Aetna, "I can tell you the next emergency hospital visit will probably be her last."

"Which kind of scared me," Ross said. "He wrote that in November and they denied me in December again."

The attorney, Ronald Offret, wouldn't take the case further, saying the chances of success were too low.

At that point, most people would give up, go on disability and get the government to pay. Ross' daughter, who has the same hereditary condition, took that route.

She lost her job and got the surgery paid for by Medicaid. Now she is relatively healthy. But getting those benefits takes a long time, and the family needs Ross' income.

"I know I could quit my job today and go get on welfare and I would have the surgery within a year," Ross told Mitchell.

"But that's not how I want to do things. I don't want to do it the wrong way, I want to do it the right way. I paid the money for insurance. I've done what I was supposed to do. And I could understand if this was me being vain and trying to lose weight and get beautiful, but that is not what this is about. This is about me getting my life back," she said.

Ross has lived almost her whole life in Alaska. It's a military family. Four generations share the house her mother bought decades ago. When her father died, Ross took over the mortgage payments.

Ross said her employers at Aurora Towing have been wonderfully supportive. They changed the office to adapt to her immobility and have endured her many extended absences. The company pays 60 percent of her Obamacare policy.

I hope that works and in a year she is back to the way she was before all this happened. But that's not why I'm telling her story.

I could write every column, three times a week, about the ridiculous waste and unfairness of the health care system (although Ross is unique in her openness, sharing her private medical records). We could throw a fundraiser or start a GoFundMe page for each unlucky victim.

But these situations aren't like earthquakes or other acts of God that demand charity. Human beings created this system.

You can do everything right and still be denied the care you need — at increased cost for everyone. Insurance companies and providers have incentives to play games for their own advantage rather than oversee the total health of their clients and patients.

In a system that made sense, our expenditures for health care would pay to maximize the health of each person covered. Systems like that do exist in the world, in nationalized health care in other countries and in managed care organizations in the United States, including the system for Alaska Natives.

The Obamacare overhaul passed by the House of Representatives would make health care substantially worse in Alaska, removing money and leaving many more people without coverage.

That may or may not pass, but we shouldn't wait.

Alaska health care costs are the highest in the world and are bleeding our economy. Our health results are often frustrating and unfair. With the money we are spending, we could have something much better.

To avoid more cases like Barbara Ross', state leaders should create a managed care system we can join as Alaskans.