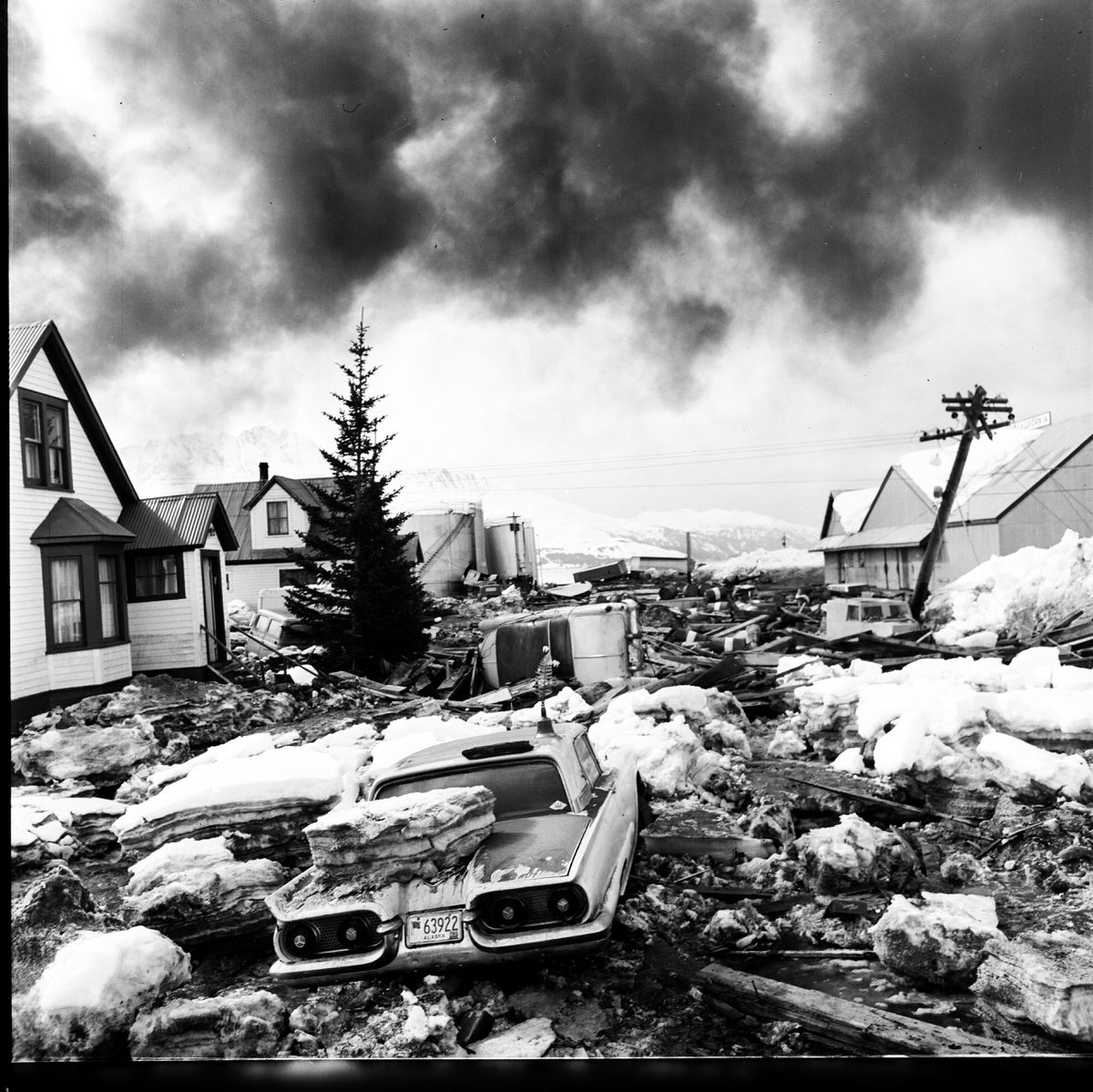 On March 27, 1964, at 5:36 p.m., the second largest earthquake ever recorded slammed Alaska with unimaginable force, triggering landslides and deadly tsunamis across thousands of square miles.

The Great Alaska Earthquake had a "moment magnitude" one-tenth larger than the catastrophic 2011 Japanese earthquake, releasing close to 50 percent more energy while shaking the region for nearly five minutes and terrorizing tens of thousands.

Tsunamis and landslides caused most of the 131 deaths. The toll would have been enormous in a heavily populated area. In Seattle, people atop the Space Needle could feel it sway, while the entire planet vibrated and Florida moved a couple of inches.

['It seemed to last forever': Memories of the Great Alaska Earthquake]

There is much that every Alaskan should know about the Good Friday Earthquake and the most important legacy of the disaster — scientific work that helped unlock the mystery of plate tectonics.

The evidence compiled in Alaska helped provide proof for the theory of plate tectonics, which New York Times reporter Henry Fountain says is as consequential in its own way as Darwin's theory of evolution.

Fountain's new book, "The Great Quake: How the Biggest Earthquake in North America Changed Our Understanding of the Planet," is a powerful lesson that the term "solid ground" is one of humanity's greatest illusions.

As the aftershocks of the giant earthquake continued, the U.S. Geological Survey could find no obvious faults on the surface for the quake, which began with a rupture about 15 miles underground, some 75 miles east of Anchorage.

The book is in large part a story of how scientist George Plafker and others gained insights and developed conclusions based on first-hand observations, which included making hundreds of measurements in land changes.

They could do this because the northern acorn barnacle, an organism that attaches to rocks on the coast, always left a record of the near high-water mark. The barnacle line offered key evidence of land heights before and after.

More than 800 measurements, translated onto maps, showed that about 200,000 square miles either rose or dropped. Near Whittier the land had dropped by almost 7 feet, while Montague Island shot up 38 feet. That island also moved about 60 feet to the southeast.

The theory of plate tectonics holds that the Earth has more than a dozen plates that move, including the Pacific plate south of Alaska, which is dipping under the North American plate at a rate of a couple of inches a year.

Small movements become significant over a few centuries with the buildup of enormous pressure between the plates, compressing the land near the point at which they intersect. The periodic release of the pressure takes the form of giant "megathrust earthquakes," including the 500-mile rupture in 1964.

Fountain writes that it was near the end of the summer in 1964, when Plafker was in a car in downtown Anchorage, that he had his revelation about why that city and a big chunk of Southcentral Alaska, from Kodiak Island and the Kenai Peninsula to Glennallen, had dropped several feet in some areas.

"When he was alone with his thoughts for a moment in the backseat of the car, it hit him," Fountain writes. "The sunken land had, in a sense, been along for the ride. It hadn't moved so much as it had been pulled, from one side, by the uplifted land as it was moving laterally to the southeast."

"What happens when something is pulled like that? It stretches and thins out," Fountain writes. With the earthquake, the pressure between the plates released and the land rebounded like a coiled spring, the extension making it thinner and lower.

With the release of the pressure, much of southern Alaska lurched toward the south, up to 20 yards in some spots, while the ocean floor jumped. The Pacific plate moved about 9 feet under the North American plate, according to one calculation.

The Good Friday Earthquake gave rise to many articles and books, some heavy with powerful anecdotes about the tsunami that destroyed Chenega, the dock collapse in Valdez, the fires in Seward and how Fourth Avenue in Anchorage went to pieces as children in Anchorage were watching "Fireball XL5" on TV.

The strength of Fountain's book is that the veteran science reporter balances anecdotes with a clear explanation of the technical details and what has been learned during the past half-century.

That science gives strong indications that the region from British Columbia to Northern California, where 10 million people live, has conditions similar to those in Alaska. Over the last 300 years, the stresses have been building, "just as they did in Alaska until March 27, 1964."

"Alaskans were caught unawares back then; but thanks to the scientific understanding gained from that event, today the people of the Pacific Northwest know they need to prepare," he writes.