Going home: How Alaska Natives released from prison get stuck in Anchorage 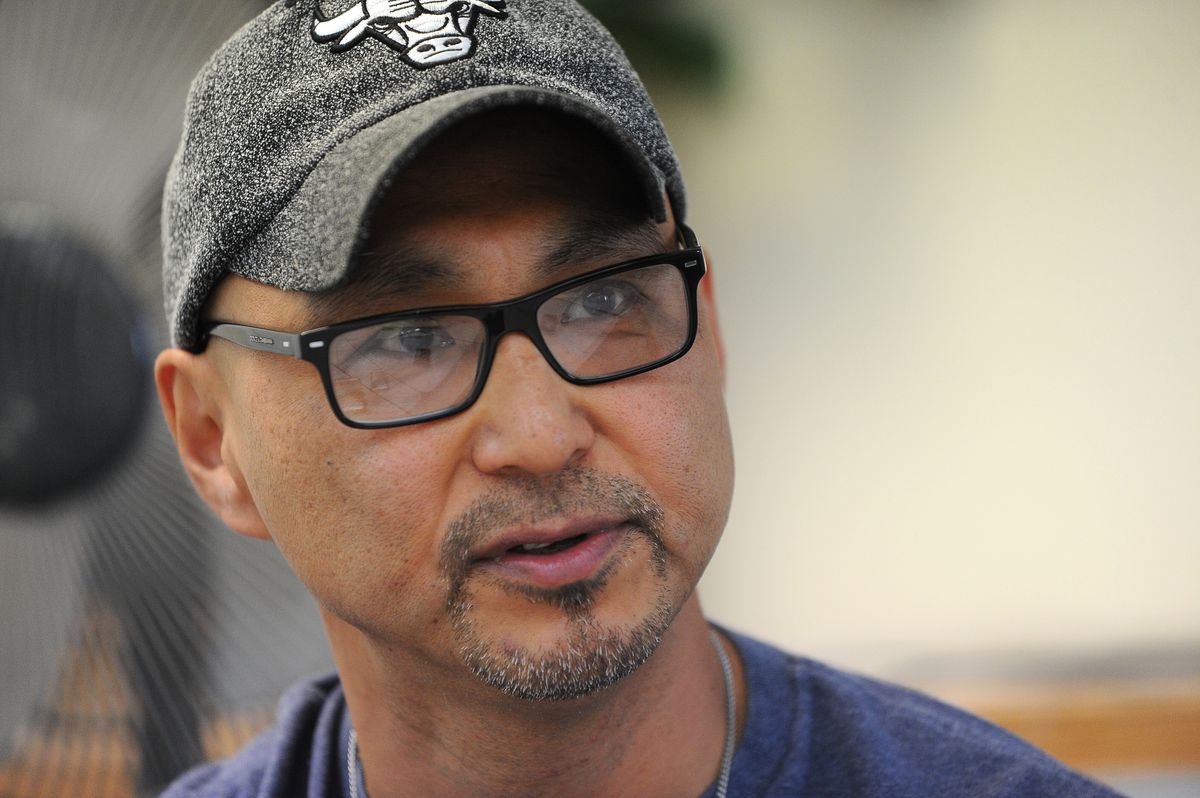 A group of released Alaska Native prisoners meet Friday mornings in downtown Anchorage to find a way back to their rural villages.

They are men who committed serious crimes but finished their sentences and are trying to complete the conditions of their parole. Many are trapped in Anchorage by rules and waiting lists for treatment, struggling to stay off the streets and out of trouble until they can get home.

Some describe being released from prison with nothing — not even their own clothes or money — and expected to find their way in a city that was alien to them, far from their familiar subsistence communities, surrounded by alcohol and drugs in shelters and on sidewalks.

At Friday's meeting, a sex offender described being unexpectedly released at 1 a.m. that day with no idea of what to do or where to go.

This system is a homelessness generator, bringing offenders from around the state and setting them loose to wander Anchorage streets. Cast adrift without family support, offenders return to substance abuse and commit new crimes.

The Alaska Nations Re-entry Group formed to provide mutual support, to tell the authorities about these problems, and to give the men themselves a sense of purpose. The nonprofit Partners Re-entry Center supports the group.

The group holds meetings like a tribal council in the Partners conference room on Barrow Street, with officers, bylaws and great dignity and earnestness.

Their adopted values include keeping families and communities safe and holding themselves accountable for their behavior. Their mission statement says, "Together we are finding our way home."

[Alaska's justice system unfair to poor and minorities, but there are solutions]

Founder and Honorary First Chief Marlin Sookiayak called in for a recent meeting from the Northwest Alaska village of Shaktoolik. He had made it home.

His call sounded like it came from Moses within sight of the Promised Land, lending encouragement to his followers.

"I get a lot of support from my community here in Shaktoolik," he told the men. "I want all my friends there to go home and get help with what they need to do."

He concluded: "Don't worry about me. I'm doing just fine. My main concern is you. Stay in the path."

One by one, men stood and spoke seriously but without self-pity of their own challenges, isolated from family and friends, waiting months for assessment for required treatment programs, trying to get jobs but unable to be hired because they are felons, many with sex offense records.

Those convicted of the least serious sex offenses can spend the most time in post-release limbo. Because their cases receive low priority, they fall low on the waiting list for treatment. They can be stuck in Anchorage for two years.

I realized the men had planned and practiced their presentations for me. They have hosted public officials too.

Their suggestions seemed reasonable. They want to be able to report to parole officers in rural communities, not only Anchorage. They want treatment programs delivered by telemedicine to their villages, not only in person in cities.

The rules need to be tough. But they should make sense. It benefits everyone if village people can go home to complete recovery, change their behavior and restore some of what they harmed. They stand a better chance to reform in that cultural context than on our meanest streets.

The minutes of a previous meeting listed three village men who recently died homeless in Anchorage while waiting for the treatment they were required to complete before they could go home.

"The issues they are raising resonate with me fully," Commissioner of Corrections Dean Williams told me Friday. "I don't need to be convinced anymore there is a problem here. I see the problem."

Williams has attended the group. He said the department is studying its suggestions, including delegating the work of probation officers in remote villages and finding new ways to offer treatment, as well as addressing waiting lists. He acknowledged that long treatment timelines are creating homelessness.

But Williams said — and the group seems to agree — that before going home, offenders should accept responsibility for their crimes and the justice of their punishments, and be ready to change.

And their villages must be ready to welcome them back. Offenders need to ask victims and communities for forgiveness.

As I sat with the men in their meeting, it was easy to forget that many of them had committed abhorrent crimes. No doubt, criminals can fake remorse. But they are also human beings, and people change.

Leonard Olrun led the meeting. He is still working through the conditions of his parole, driving a truck and devoting himself to this work.

At the meeting I attended, he was on paid vacation from work. At age 50, it was his first. During a lifetime spent in prison on more than two dozen offenses, he had never earned vacation before.

Before his last release, Olrun worked with a Christian prison ministry to address his anger and substance abuse problems. When he came out of prison this time, he was intent on changing. He joined the re-entry group and became its sergeant-at-arms.

When Sookiayak left for Shaktoolik, he asked Olrun to become the group's First Chief. At first, Olrun resisted.

"I don't think I deserve to be here. I don't think I'm worthy enough," Olrun said. "Because of my past. I've hurt a lot of people."

But in front of the group, Olrun lights up, an articulate, healthy Native man. He is wiry and his eyes are bright. There's no sign of his lifetime of hard drinking.

His ambition now is to keep working, to get a better job and a permanent apartment. And he will do it in Anchorage, not his home in Mekoryuk, on Nunivak Island. He'll find home here.

"I have purpose now. My purpose is to make it easier for other Natives, when they get out, they have hope, and not to die on the streets," Olrun said. "Most of my life I've been in prison and I've always been selfish to my needs. Now that it's bigger than I am, it's scary and exciting, and I just want the best for my people."