Help our students with another hour of sleep 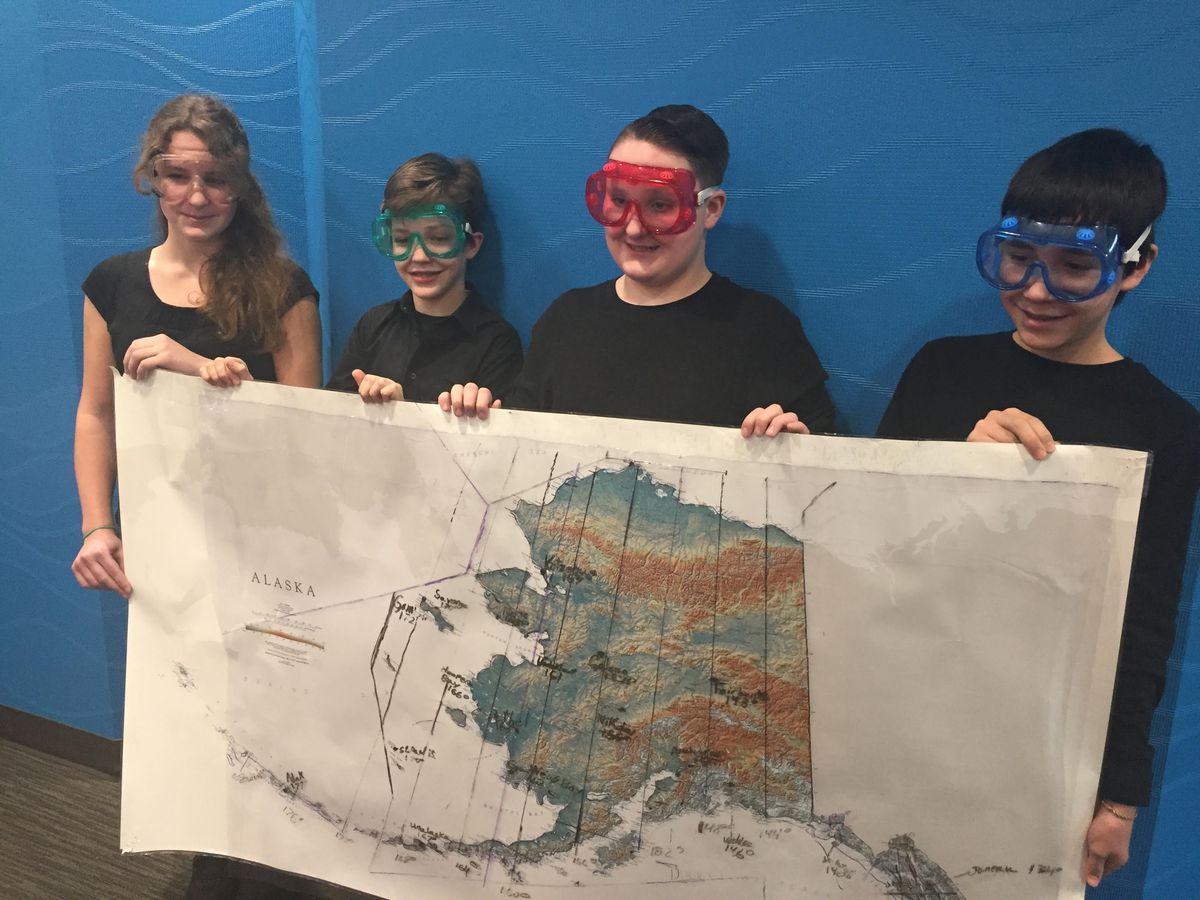 Let's hope the Anchorage School District helps to lead the way for Alaskans statewide to both re-evaluate and then change their district school start times. A petition currently circulating to push Anchorage school start times later is an investment in our children's health and safety, initiated in response to current research and health recommendations. But there are specific factors unique to Alaska that make school start times an even more critically important public health issue than it is in the Lower 48. Students across the state are paying attention.

In August 2014, the American Academy of Pediatrics (AAP) issued a policy statement strongly supporting a shift in school start times to 8:30 a.m. or later for middle and high school students, to reduce teen sleep deprivation. Per the lead author, pediatrician Judith Owens, MD, FAAP, "The research is clear that adolescents who get enough sleep have a reduced risk of being overweight or suffering depression, are less likely to be involved in automobile accidents, and have better grades, higher standardized test scores and an overall better quality of life."

During the teen years, youths experience a natural shift toward staying up later and getting up later. This proven biological shift is related to natural circadian rhythms that are melatonin-dependent, and occurs independently of all the other distractions that we also know put our youths' sleep at risk.

The pineal gland emits melatonin in response to darkness. Thus, medical providers recommend turning off electronics 90-120 minutes before bedtime, because the blue light they emit suppresses the pineal gland's natural response and therefore can interfere with falling and staying asleep. If electronic blue light interferes with falling and staying asleep, what contribution do Alaska's artificially long evening times have on our youths' ability to fall asleep at a reasonable hour? And, conversely, since our bodies respond to light in the morning to wake up, is it any wonder that Alaska youths are so sleepy during the first part of the school day?

It’s about time . . . and longitude, not latitude

In 1983, Alaska lost two time zones, effectively compressing Western Alaska's clocks into a time zone consistent with Juneau's. According to an unpublished research paper by the Midnight Sun Team (four middle school students from Alaska), ". . . the loss of western time zones makes it feel like school starts up to four hours earlier depending on how far west you are and whether or not daylight saving time (DST) is in effect." These middle school students found that the solar equivalent of 8:30 a.m. in some parts of the state now occurs as early as 5:25 a.m. And, conversely, they noted that this makes for long evening hours, contributing further to later bedtimes.

Many people think of these long evening hours as a function of being at such a northern latitude, but for most of Alaska, being so far west of our solar equivalent time is a significant factor affecting evening and morning light and activity patterns as well.  And it matters, because most children in the state are getting up at a solar equivalent school start time far earlier than the recommended 8:30 a.m. In Anchorage, where high school starts at 7:30 a.m., the equivalent, longitude-adjusted school start time on Halloween is 5:47 a.m.!

‘Alaska has the earliest effective school start times in the nation’

In combination with teens' well-established biological shift to staying up later and sleeping in later, the longitude-adjusted school start times here mean that sleep deprivation for teens in Alaska is a bigger problem than anywhere else in the nation. However, this is poorly understood, even by Alaskans.

In August 2015, the Centers for Disease Control (CDC) repeated the recommendation that school start times be pushed later. They published a table evaluating nationwide school start times, noting that more than three-fourths of the schools in Alaska started school later than 8:30 a.m., implying that Alaska had one of the best overall school start times in the nation.

The Fairbanks Daily News-Miner (and, after that, The Associated Press) picked up on this, stating, "Alaska's average start time is 8:33 a.m., while only 17 percent of the U.S. public schools analyzed in the study started at or later than 8:30 a.m."

This is misleading for two reasons: 1) About half of Alaska's total students live in either Anchorage or Fairbanks, where middle and high school start times are much earlier than 8:30 a.m., and 2) the school start times listed do not account for the longitudinal shift that means solar noon may be later than 3 p.m. in parts of Western Alaska. Even in Anchorage, solar noon is after 2 p.m. during the summer months.

The Midnight Sun Team researched and developed a spreadsheet of longitudinally adjusted equivalent school start times and populations for nearly a dozen communities statewide, and ultimately concluded that "Alaska has the earliest effective school start times in the nation."

The first half of a good night's sleep is restorative to the body: Children are growing and their muscles and bones experience growth and healing during this time. The second half of the night, the brain reaps the benefit of rest in terms of mental health, memory and cognition. Could enforced sleep deprivation from early school start times, compounded by the longitudinal shift of time zone for most of the state, be contributing to some of the public health problems for which Alaska is infamous?

Alaska's rates of both unintentional injury mortality and youth suicide are among the highest in the nation. Alaska's youths are very likely also the most sleep-deprived. Could there be a connection? Korean teens, who are even more sleep-deprived than America's, also have very high suicide rates. A study there proved an association between behaviorally induced sleep deprivation and suicide.

Lisa Alexia is a physician assistant practicing in Anchorage. She is a parent of one of the members of the Midnight Sun Team whose unpublished research is cited above. For more information about the research done by the youths that provided the foundation for the above article, please contact her at lalexia@gci.net.