Let’s look at the value of Alaska’s PFD 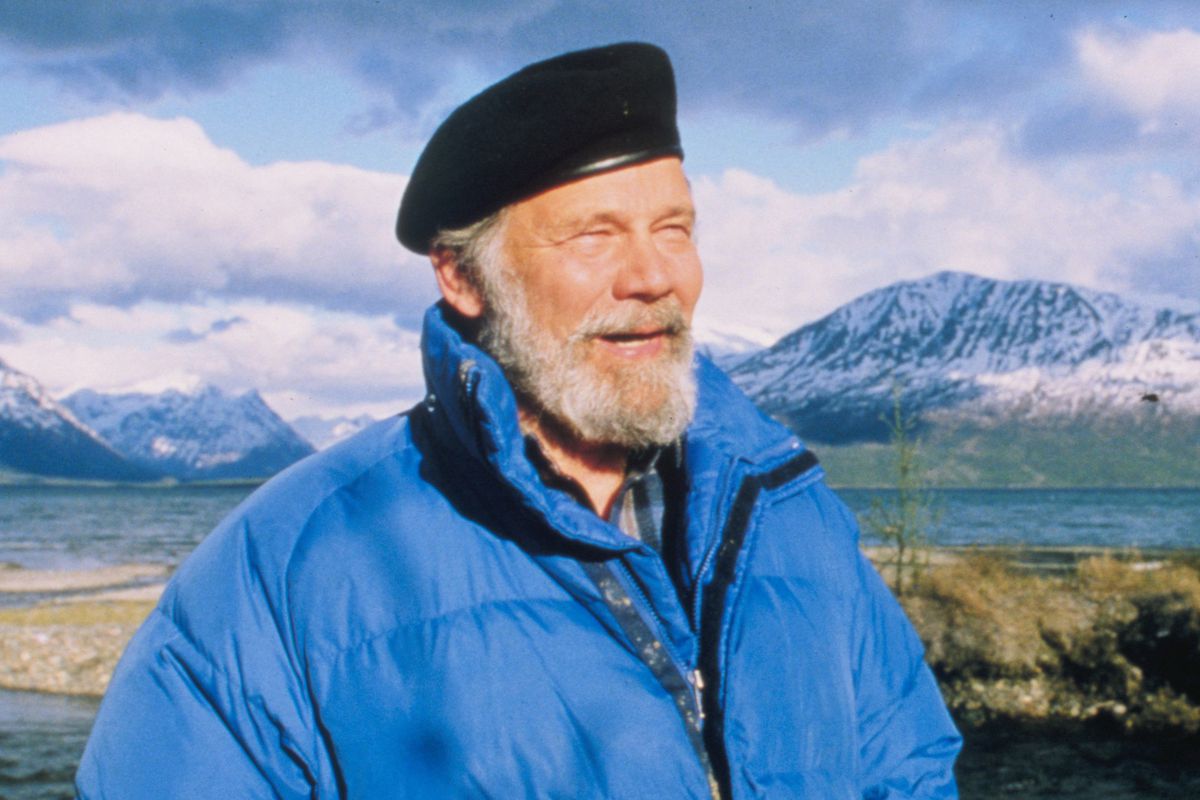 Jay Hammond, shown near his Lake Clark home in 1985, was a bush pilot and hunting guide who served two terms as Alaska’s governor and helped create the Alaska Permanent Fund. He died in 2005. (Erik Hill / ADN archive)

Jay Hammond, shown near his Lake Clark home in 1985, was a bush pilot and hunting guide who served two terms as Alaska’s governor and helped create the Alaska Permanent Fund. He died in 2005. (Erik Hill / ADN archive)

On Thursday, Oct. 5, the state will start a new round of Permanent Fund dividend distributions. As each qualifying applicant receives $1,100, approximately $672 million will start rippling throughout the state, infusing all Alaska communities with new economic life, from our smallest villages to our largest cities. The per-person distribution reaches people in all parts of the state at all economic levels.

Dividend distribution is an annual phenomenon, unique to Alaska. Over the 35 years since the first dividend checks were distributed, Alaskans have come to rely on this regular infusion of cash. Some may take it for granted. But other nations have seen Alaska's dividend as a model, useful to reduce or replace welfare programs by having confidence that individuals know what is best for themselves.

Gov. Bill Walker has called a special session of the Legislature beginning Oct. 23. Decisions made or postponed during this session could determine the sustainability of the dividend in the future. So, now is a good time to look at the benefits of the dividend. They add up to far more than its cash cost.

• The most obvious benefit is the stronger economy that results from the annual infusion of new money. The dividend is an economic stabilizer, "lifting all boats." Without it, the current recession caused by the loss of oil-related and state jobs could be far worse.

[PFD direct deposits drop this week. Here are smart ways to spend your $1,100]

• By mitigating poverty throughout Alaska, the dividend has helped people help themselves in an ongoing way. Many rural Alaskans rely on their dividends for heat and electricity. Dividends also help them buy the gas and gear that is essential to the work of subsistence hunting, fishing and gathering that feeds their families and communities, and sustains Native cultural traditions.

• As other nations have recognized, the dividend program is a way of reducing welfare and social service costs. In both urban and rural Alaska, loss of the dividend would make those who are already poor even poorer. More Alaskans would become homeless, adding to the difficulties of finding and keeping a job, and being self-supporting.

• Caught in homelessness, people are more prone to substance abuse and addiction and to crimes associated with addiction. Businesses, homeowners and communities are victimized. So, in addition to all its direct benefits to recipients, the dividend program helps the state avoid a significant amount of public expense for social services, public protection and incarceration.

• Perhaps the greatest benefit of the dividend is in its emphatic but unspoken annual message that the Permanent Fund should be preserved and sustained. This was a primary reason why Republican Gov. Jay Hammond and legislators of his time created the dividend program. They had seen how swiftly the $900 million from the 1969 Prudhoe Bay oil lease sale was spent on politically popular projects. They wanted future legislators to have public support for a more measured approach to spending Alaska's newfound oil wealth. They wanted the Permanent Fund to be permanent.

The Permanent Fund now amounts to about $61 billion, of which $47 billion is protected by the Constitution; $14 billion is in the Earnings Reserve, which is unprotected.

Unless the Legislature adopts a system that regulates appropriation from the Earnings Reserve, overspending could jeopardize the dividend, and ultimately the Permanent Fund itself.

Last session, legislators came close to establishing the needed structure. They adopted the well-tested percent-of-market-value (POMV) system used by most large foundations and institutions. Senate Bill 26 incorporates this system for distributions from the Earnings Reserve. Passed by both the House and Senate, SB 26 (often referred to as POMV) is awaiting conference committee and passage into law.

Action on POMV is needed now, not later. Otherwise, the Earnings Reserve could be spent without allowing time for it to replenish. Then the Legislature would cut the dividend program, despite its social and economic benefits, to balance the budget. The recession would be accelerated, need for public services would increase, and Alaska, once with so much potential, would be an impoverished state.

It's useful to remember the favorite bumper sticker from the hard times of the late 1980s that read, "Oh Lord, please give me another $900 million. I promise not to p— it away."

To explore this and other fiscal issues, Alaska Common Ground is inviting the public to a panel discussion of important goals and values in navigating the fiscal crisis. This first panel will be followed by a second panel of policymakers, including legislators and members of Gov. Walker's office. They will discuss ways to move forward to achieve fiscal goals.

This free event is from 7 to 9 p.m. Thursday, Oct. 5, at 49th State Brewing Co., 717 W. Third Ave. in Anchorage. Do come and ask your questions to panelists at "Choosing Our Future: Alaska's Fiscal Options."

Janet McCabe and her family have lived in Alaska since 1964. Her education and experience are in community planning. She is actively involved in several nonprofit organizations, including Alaska Common Ground.