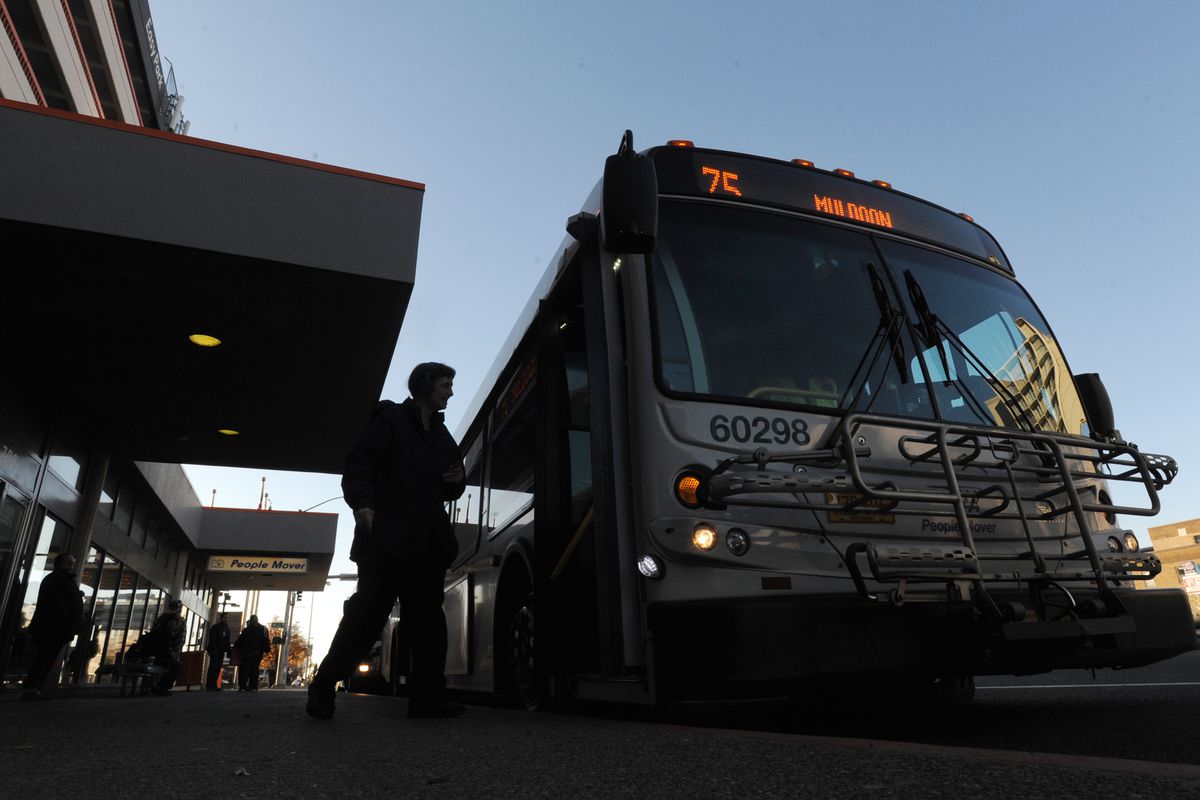 People board a bus at the Downtown Transit Center in Anchorage on Tuesday, Oct. 17. People Mover will launch a new bus system on Monday. (Bill Roth / Alaska Dispatch News)

People board a bus at the Downtown Transit Center in Anchorage on Tuesday, Oct. 17. People Mover will launch a new bus system on Monday. (Bill Roth / Alaska Dispatch News)

On Monday, a new hardship will complicate the lives of many low-income Anchorage residents when a revised bus system abandons half the city's stops.

Molly Despos will lose a bus route that goes right by her home. On Monday, she will have to leave 25 minutes earlier to get a bus to take her to work.

Yvonne Begley, who uses crutches, will face a long walk to get to the new stop nearest her home, which she may not be able to manage when the snow comes.

Nicole Mendenhall, faced with getting up an hour earlier for work and walking five dark blocks in Fairview, where she doesn't feel safe, has decided to move to be closer to one of the revised routes.

I went to the Downtown Transit Center to ask riders about the changes. When people found out why I was there, they crowded around me to talk about their difficulties with the new system or their confusion over how it will work.

I found only one person who didn't mind.

Transit planners and Mayor Ethan Berkowitz are not to blame. Over decades, the city cut transit a little at a time until the riders who were left were mostly those without a choice. Ridership fell 18 percent over five years, 5 percent in the last year alone.

Berkowitz said some routes had so few riders, it would be cheaper to call everyone a cab.

The new system will get rid of many routes and streamline the few that remain so buses will arrive every 15 minutes rather than every hour. It realigns routes to hit busier areas and corridors where a new land-use plan seeks to encourage dense development.

An independent national expert who examined the new plan told me it makes sense.

That is, it makes sense unless you are left behind as 600 of the city's 1,200 bus stops are abandoned. Then you may realize, as I did when I rode the bus for the first time in many years, that this is how we discard the working poor.

Low-wage workers in Anchorage cannot afford to live. After full days on the job, many line up for food giveaways so their families have enough to eat.

The bus is their lifeline. It is access to jobs. It is the alternative to filing for welfare or disability payments. It is the least we can do to address unequal incomes.

Begley, the rider on crutches, talked about this in terms of class. She said improved service is designed to lure drivers out of their cars (although she doubts that will work). Current riders who can't afford cars will be walking farther for the convenience of those who can.

But this is a false choice. The better solution would be to invest more so the system serves everyone, saving money on cars and roads (that is, for taxpayers) and reducing pollution, while also getting the working poor to their jobs.

This is a basic cost of living in a city.

Berkowitz is looking for money from places other than local taxes, including more federal funds. He also hopes an increase in riders will bring more fare revenue that can be used to expand the system to unserved areas.

He's beset by a crime wave and a recession. Money is short. Our disinvestment in opportunity for the poor predates his time in office by decades.

ADN photographer Bill Roth and I boarded Route 36 on a bright fall day. It was clean, comfortable and fun.

The bus traveled West Northern Lights Boulevard to Aero Avenue, then took Milky Way Drive to Wisconsin Street, went south across Spenard Road and then east toward the University of Alaska Anchorage.

This route will end. After the change, no bus will operate west of Minnesota Drive except the route that follows Spenard to the airport.

We got on at rush hour but had the bus mostly to ourselves. For the handful of riders on board, however, what will happen Monday was a concern (all but for that one happy person I mentioned).

Despos will walk from Forest Park Drive to a stop on Minnesota. Philip Meahlbaum will walk from near the Rustic Goat restaurant to Minnesota, a distance of almost a mile.

Passing the Spenard Rec Center, Veronica Bahoum rode toward home from her job helping seniors. The new bus routes will bypass her neighborhood. But walking worries her. Last winter, many Anchorage sidewalks were buried under high snow berms due to state budget cuts.