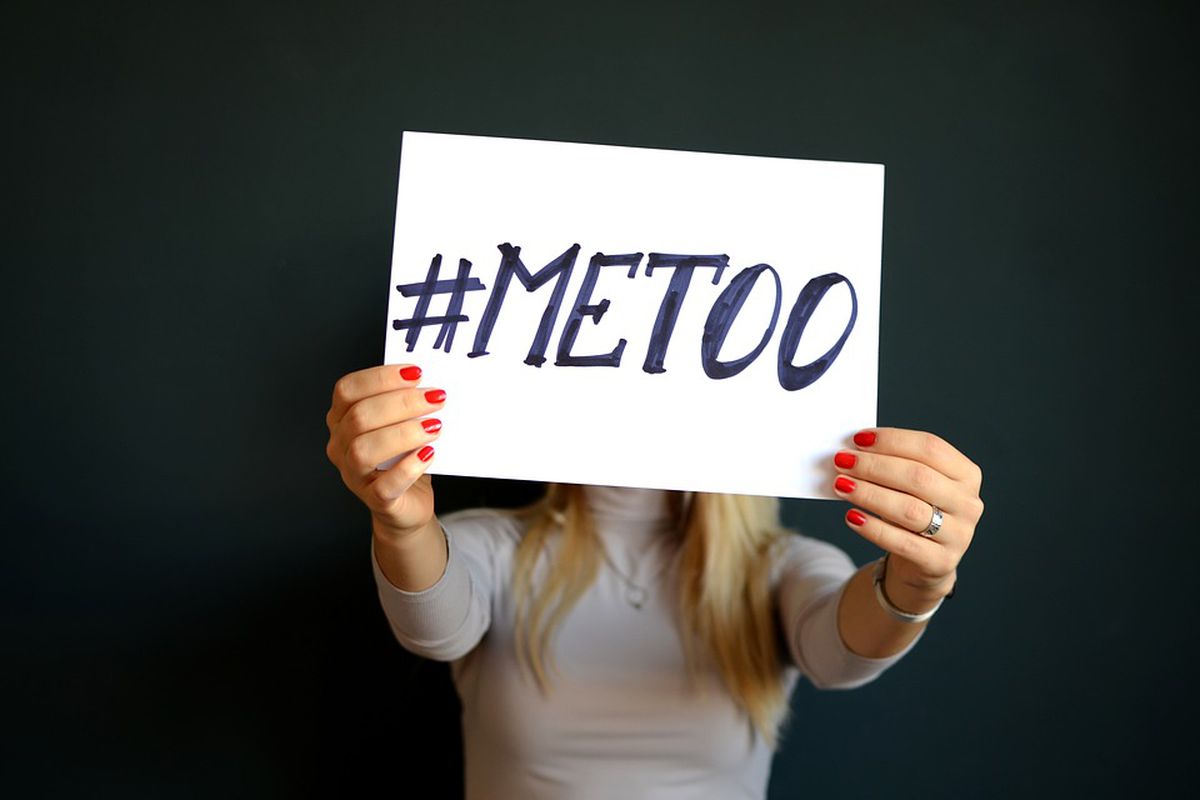 I grew up in a small town in Michigan. When I was a 16-year-old sophomore in high school — a scrawny 95-pound girl with a big nose, glasses, crooked teeth, and chicken legs, an 18-year-old man moved to town and enrolled in the senior class. He was so cool with his Hollywood combed-back hair, tight pants, high-heeled shoes, sunglasses, and his own car. After months of the girls in school swooning over him, he asked ME for a date. I couldn't believe it; I was in heaven.

That date, purportedly to go see a movie in the next town, was in actuality a trip to the boondocks with a bottle of Everclear. It didn't take many sips of the .95 proof alcohol before I was very intoxicated. We wound up in the back seat with me being sexually assaulted. I remember distinctly to this day this rapist saying, with a disappointed tone, "Oh, I have to break a virgin." He did not succeed because I did something that helps to avert a sexual assault — I threw up.

I vividly remember the next day. My head was pounding, I was so sore I could barely walk, and I was emotionally lost. I remember standing in our dining room feeling all alone in the world with no place to turn. I knew I would be blamed for going with him and for drinking alcohol. So I did what most sexual assault victims do — I told no one.

My story has been left untold for 49 years — until now, and only through the strength that the #MeToo movement has given me do I feel I am doing the right thing by sharing. I am impressed by all the respectable people I know who have come forward with their "Me Too." Unfortunately, my experience with sexual assault and sexual harassment did not stop with that single incident.

[#MeToo is back for good reason]

When I was hired by the Anchorage Police Department I was elated. I believed (and it proved true) that after earning a bachelor's degree in criminal justice I was entering a long career in my chosen field. I was hired in 1977 and rather than attend an academy first before hitting the street, I was assigned to swing shift patrol. I was the first officer in the squad room after the patrol sergeant. I liked the sergeant and he made me feel welcomed. And then in walked the next officer. As he walked past me he turned and asked, "Do you f—?" I was so stunned that I thought about getting up and walking out. I don't know what kept me in that seat.

There were other incidences. One night after shift an officer followed me home and pulled a traffic stop on me just blocks from where I resided with my soon-to-be husband. It was clear what he wanted, but I cut our encounter short and I drove on home. The second was when my regular field training officer took the night off and I was placed with another officer. This officer told me I would always be considered a rookie until I had sex in the back of a patrol car. It did not happen.

The sexual comments over the years in the squad room were incessant and immeasurable. But I always believed that the way things effectively change are from the inside so I laughed it all off. I'm sure there are critics of that approach, but until you are in that culture you can't understand what one needs to do to survive. I was fortunate for the good feminist men in leadership positions who saw my leadership qualities and started promoting me through the ranks. Things started to change, not by my actions alone, but I believe I had an impact with the many opportunities that were presented — serving on domestic violence and sexual assault committees, helping to rewrite the procedures manual to include the female gender, and pursuing cases where in the past women were thought to have gotten what they deserved.

One incident immediately comes to mind of a detective holding up a mini skirt and stating, "No wonder she got raped, she was just asking for it." I seized those opportunities as learning moments to help turn a culture. And the culture did turn. Again, I didn't do it alone, but I believe I played a significant role.

Sexual assault and sexual harassment changes women. It tears away their self-confidence, erodes their feeling of being safe, and weakens their self-perception of having value. Even today I wonder if I may be shunned by some colleagues of the past for sharing the company secrets. But until women feel safe in coming forward, change will not occur. I don't believe these types of things occur in the police department today. I hope that I am right. I do know that we have always had a police department with good employees who possess the highest of moral standards. That aside, I am thankful for the #MeToo movement to help women who need to, or should, tell their stories. This movement should be a strong message to predators and perpetrators that their chance at success in victimizing one more woman, and getting away with it, has become substantially lessened.

Shirley Coté is a retired captain from the Anchorage Police Department and retired chief of police from the City of Soldotna. She currently serves as president of the FBI National Academy Associates, Alaska Chapter, board member on Anchorage's Promise, vice president of the Huffman/O'Malley Community Council, and a committee chair for the planning of the International Association of Women Police training conference in Anchorage in 2019. She has one daughter, Morgan Warner, who is an artist and a writer.