API is an unsafe workplace, investigators say. This caregiver suffered the consequences. 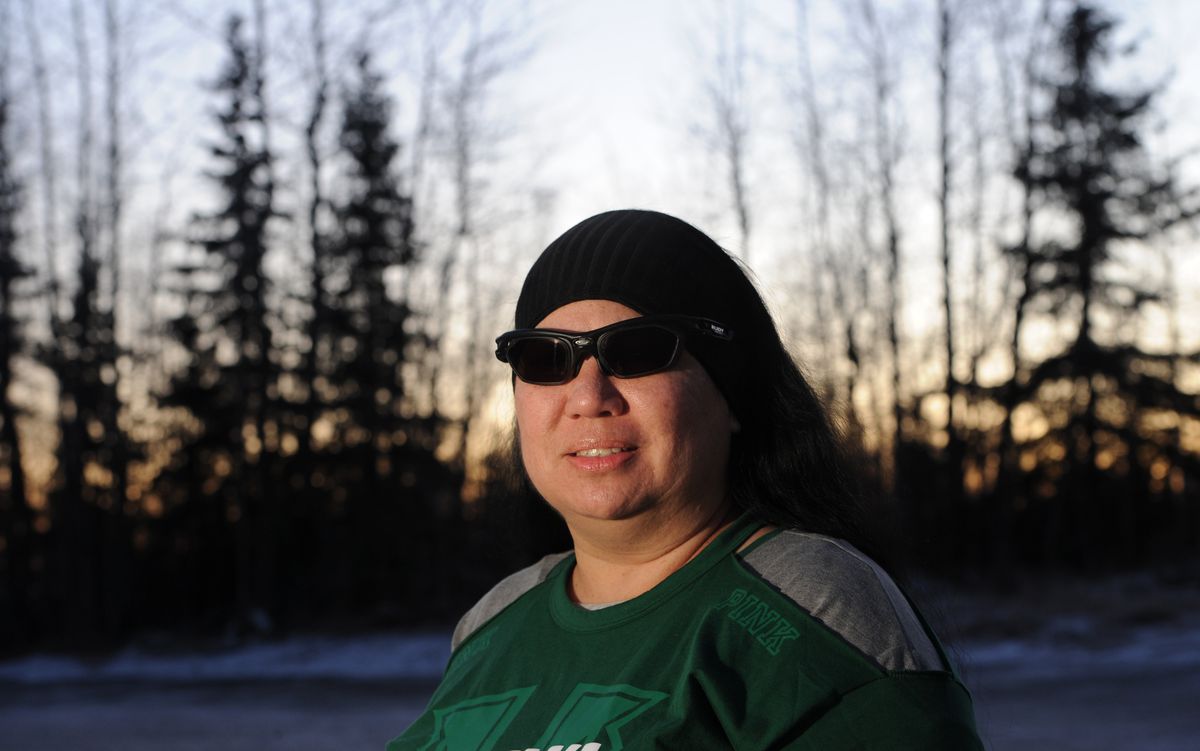 Samantha Atlas, who works as a psychiatric nursing assistant at the Alaska Psychiatric Institute, was assaulted by a patient in November 2016 and is still recovering from her injuries. Atlas wears sunglasses because of the brain injury she sustained in the attack. (Bill Roth / ADN)

Samantha Atlas, who works as a psychiatric nursing assistant at the Alaska Psychiatric Institute, was assaulted by a patient in November 2016 and is still recovering from her injuries. Atlas wears sunglasses because of the brain injury she sustained in the attack. (Bill Roth / ADN)

In 2014, state Department of Labor officials fined the Alaska Psychiatric Institute $4,500 for being an unsafe workplace. Last month, the state mental hospital was cited again for the same violations, with a proposed $44,000 fine.

In between those citations, employees who deal directly with patients were hurt hundreds of times. Psychiatric nursing assistant Samantha Atlas sustained a traumatic brain injury and spinal and shoulder damage.

Atlas' injuries were more severe than most, but the circumstances were not atypical. A small woman working in an understaffed hospital, she found herself alone with a group of severely mentally ill men watching TV. One brutally attacked her because he didn't want to change the channel.

After reading Department of Labor files, talking to employees and experts, and corresponding with the hospital — its leadership would not consent to an interview — it is clear to me these are chronic problems that have lasted years despite an obvious, partial solution: Hire enough people.

API has been understaffed for years. Dangerously so, a consultant wrote in March 2015. That's one reason workers are at greater risk of violence at API than at other similar facilities. Another is inadequate training, workers and outside experts say, although that may be changing.

A report in 2012 called for 24 additional staff positions. That never happened.

In 2014, the Alaska Division of Occupational Health and Safety cited API, and the hospital hired a national consultant to review its practices.

That 2015 report by an Arizona consultant, Dr. Joel Dvoskin, found many serious faults in API's management and patient care. It underlined staffing as the single most important problem.

API CEO Ron Hale said in an email that the hospital has added a large pool of temporary workers to fill in for vacancies and absences in the wards. But most of the positions in the pool haven't been filled either.

The temporary positions are not appealing. Workers willing to take them are mostly young, with little experience, or they already hold down full-time jobs elsewhere. The state requires the hospital to keep the temps below 130 hours a month so it won't have to provide health care benefits.

But Dvoskin's staffing recommendation was not for temps. The hospital needed full-time, permanent staff positions, he said Thursday. All it normally takes to hire the nursing assistants is to increase wages, he said.

In his 2015 report, Dvoskin said API didn't even have enough staff to monitor a security station with video monitors — on his visits, he never found it attended.

A staffing email I received anonymously showed the hospital asking for overtime workers to cover shortages every day since Dec. 9.

In short-staffed wards, workers congregate around the nurses' station for safety, Dvoskin wrote, rather than giving patients the individual attention necessary to intervene early and de-escalate dangerous situations.

"Generally, when there is not enough staff, it lends itself to a more chaotic atmosphere, and that can scare both staff and patients," he said Thursday. "In my experience, when people are scared a lot of bad things happen."

After what she has been through, Atlas is scared, and I don't blame her.

The patient in the TV room beat her unconscious in November 2016. Besides damage to her shoulder and spine, for which she is still getting physical therapy, she began having severe headaches, extreme sensitivity to light, slurred speech and forgetfulness.

She returned full time to API, but she spends much of her off-time going to multiple weekly doctor and therapy appointments, where I met her. She wears special darkened glasses at all times, even at night and indoors, because even electric lighting is intolerable to her. Her medications fill a shopping bag.

As I drove her home to an east-side apartment — since her injury, she can no longer drive — Atlas began to cry, recalling the terror of the attack, the fear of returning to work, her pain, and the mental deficit she still feels.

"Even talking to you right now, I'm forgetful," she said. "I've already lost some parts that I cannot remember. And I can't make them come back. And I really try to remember, and I can't."

"There's things I've lost. And I do feel lost at times," she said.

Atlas also feared she would lose her job by talking to me. I spoke to other workers as well, but they would not allow me to use their names for fear of retaliation.

A Department of Labor investigator found in 2014 that API had discriminated against employees who reported workplace violence.

In his email, Hale said that doesn't happen and promised no repercussions for staff who talked to me so long as they maintain patient confidentiality — as all of them did.

The current problems would not have come to light at all without the union for the nursing assistants, ASEA/AFSCME Local 52. Business agent Mike Robbins cataloged injuries and filed complaints with the Department of Labor.

Hale disputed that figure in his emails and the Department of Labor would not comment on the open case. Hale said injuries are inevitable in a mental hospital.

But the state's director of labor standards and safety, Deborah Kelly, defended the contention that API is more dangerous than comparable facilities.

"It's not acceptable to say, 'Employees are going to get hurt; that's part of the job,' " she said.

Hale is not personally to blame for the situation. In the last five years, API has had five CEOs — including his current tenure, which started in August, and a seven-month interim stint he did in 2013.

People above the hospital CEO have made the job impossible, without adequate resources.

No political leader in Alaska can deny knowing at this point that we face a mental health crisis that can be solved only with more money to properly staff API — just as a start.

Continued failure to do so means complicity in more tragedies like the one Samantha Atlas is suffering right now.

The views expressed here are the writer’s and are not necessarily endorsed by the Anchorage Daily News, which welcomes a broad range of viewpoints. To submit a piece for consideration, email commentary(at)adn.com. Send submissions shorter than 200 words to letters@adn.com or click here to submit via any web browser.