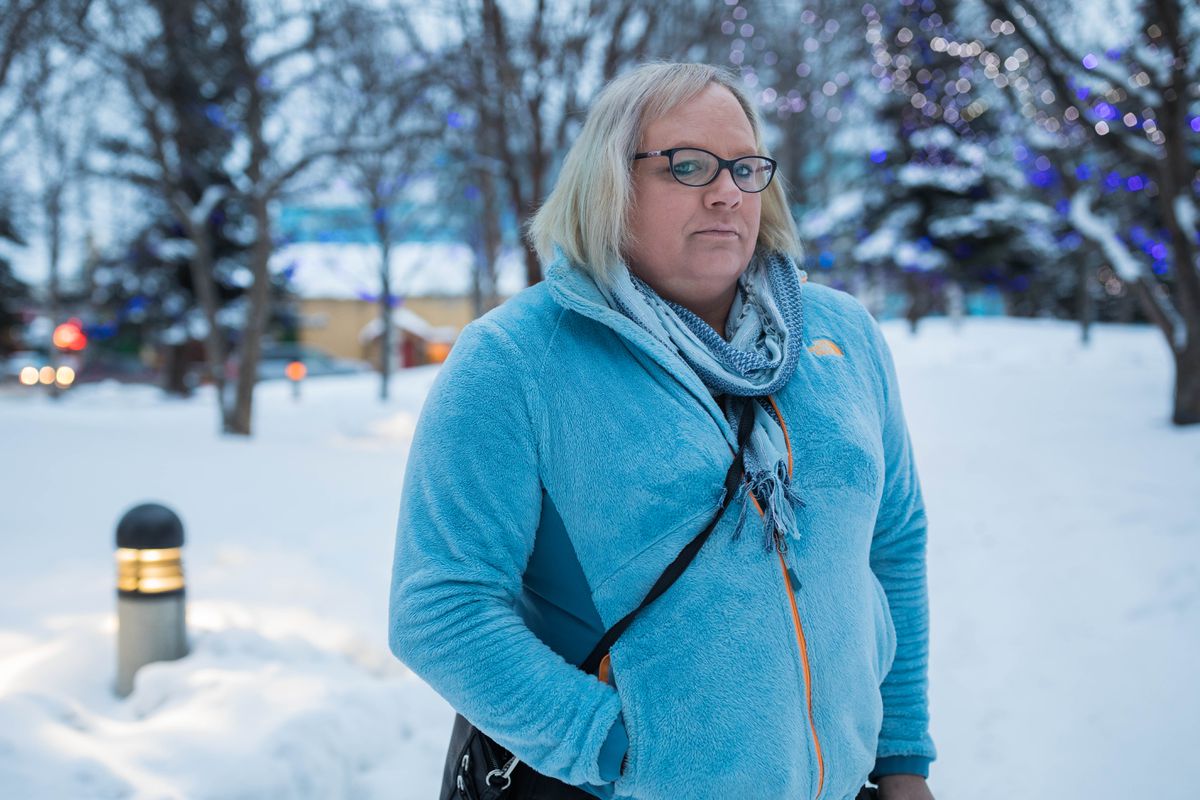 I spent an awkward evening with a transgender woman last week, hoping to learn her story for a column on the Anchorage bathroom ballot measure. What I learned instead was the extent of my own prejudice.

Now I feel even more strongly about defeating Proposition 1. These folks need protection, not exclusion.

The proposition would limit use of single-sex public bathrooms and locker rooms to people with birth certificates with the matching gender, reversing part of an equal rights ordinance we have lived under since 2015.

[Anchorage 'bathroom bill' will appear on the April 2018 ballot]

Both major candidates for mayor and the Anchorage Chamber of Commerce have come out against the proposition. Some other places that passed similar legislation soon repealed it, most famously North Carolina, as they faced economic calamity from business and tourism boycotts.

Those are plenty of reasons to vote no. But supporters have a powerful weapon, too. They have the power of uncomfortable feelings about people we don't understand.

I get that, as much as I wish I didn't. I was raised to believe we're all equal and to treat everyone with respect. But an uncomfortable feeling is still there, as much as I fight it.

I met Andrea Redeker, 47, through the Fair Anchorage campaign, which opposes the proposition. We talked across a table at a coffee shop one evening after dinner.

But the conversation wouldn't flow.

Redeker was nervous and I wasn't doing my job as well as I normally do. I've been at this a long time and I can almost always make a connection.

She explained that being transgender is not a choice. But her story made the point better than her explanation. Redeker's life has been terribly hard.

She was a manly construction company owner, skydiver and husband until, struggling with depression, and after two suicide attempts, she gave in to a lifelong need to be a woman.

Some Proposition 1 supporters say transgender people are mentally ill, but that makes no sense. Like others who have transitioned, Redeker said she felt authentic and whole for the first time only after she had made the switch. Mental illness doesn't produce feelings of health and well-being.

She showed me a picture of herself as a burly, broadfaced man. I asked about her previous name.

"That is a question you never ask a transgender person," she said. "It is called dead-naming, and it is in horribly bad taste."

I asked what else is in bad taste.

"Sooner or later you're going to ask me what's down there," she said. "We don't talk about that, because it's nobody's business."

The coffee shop closed and the interview wasn't complete. I offered to continue at my house, but Redeker refused. I realized that her decisions are constantly conditioned by fear. She said she has been physically attacked.

We ended up at the Spenard Roadhouse, sitting across a little two-top bar table as if we were on a date. I felt like people were looking at me. I didn't like it.

Maybe this weird feeling was the tiniest dose of the anxiety Redeker feels when she is in public.

She said the longer she spends with people, the more details they notice. She can't avoid the stereotypically male mannerisms she developed over a lifetime.

"I was socialized as a man, unfortunately," she said.

I suspect our conversation stumbled partly because of my reaction to that.

I'm not aware of speaking differently to men and women, but family members have heard me and can guess the gender of a person on the phone by hearing only my side of the conversation.

I bought Redeker a Bloody Mary. I had a beer. But my unconscious brain didn't know how to click into the gender of the person I was talking to.

Redeker called me cisgender, meaning the opposite of transgender. I tried not to wince.

I didn't choose the cisgender label and I don't like it — I just want to be me. Which everyone feels, I suppose, but in the past only minorities were named by others while my majority defined "normal."

Am I normal? I have stereotypically masculine and feminine qualities that are not exactly like anyone else's. Few of us are boring enough to fit right in the middle of society's expectations. Normality, if it exists, must be a range that encompasses a variety of people on a continuum of differences.

But society constantly moves that range as we learn more about different kinds of people — as more human beings are included.

In 1976, the first time Anchorage fought over a gay rights ordinance (as the issue was then called), opponents expressed open disgust, hounding gays and lesbians from the community. Forty years later, anyone saying those same things would probably be labeled a bigot and excluded from the mainstream.

A group of African-American pastors recently came out in favor of Proposition 1, taking offense at the comparison of the 1960s civil rights movement to today's movement for transgender rights. But maybe the racist whites of the past felt as uncomfortable around blacks as some do now around people such as Redeker.

All she wants is to go to the bathroom.

"There's a lot of times when trans people will not use the bathroom because they're fearful of what will happen to them," Redeker said. "I'm not free to move around Anchorage, because I'm tethered to bathrooms. … I'm constantly in fear that somebody is going to react strongly to seeing me."

The bathroom bill is unenforceable, but the symbolism is powerful. It tests the decency and fairness of those of us who still feel prejudice. Are we real in holding our American principles, or is equality only for those with whom we are comfortable and familiar?

I hope to change as I get to know more transgender people. But my vote won't depend on that.