Alaska can save its economy and environment by investing in renewable energy. What are we waiting for? 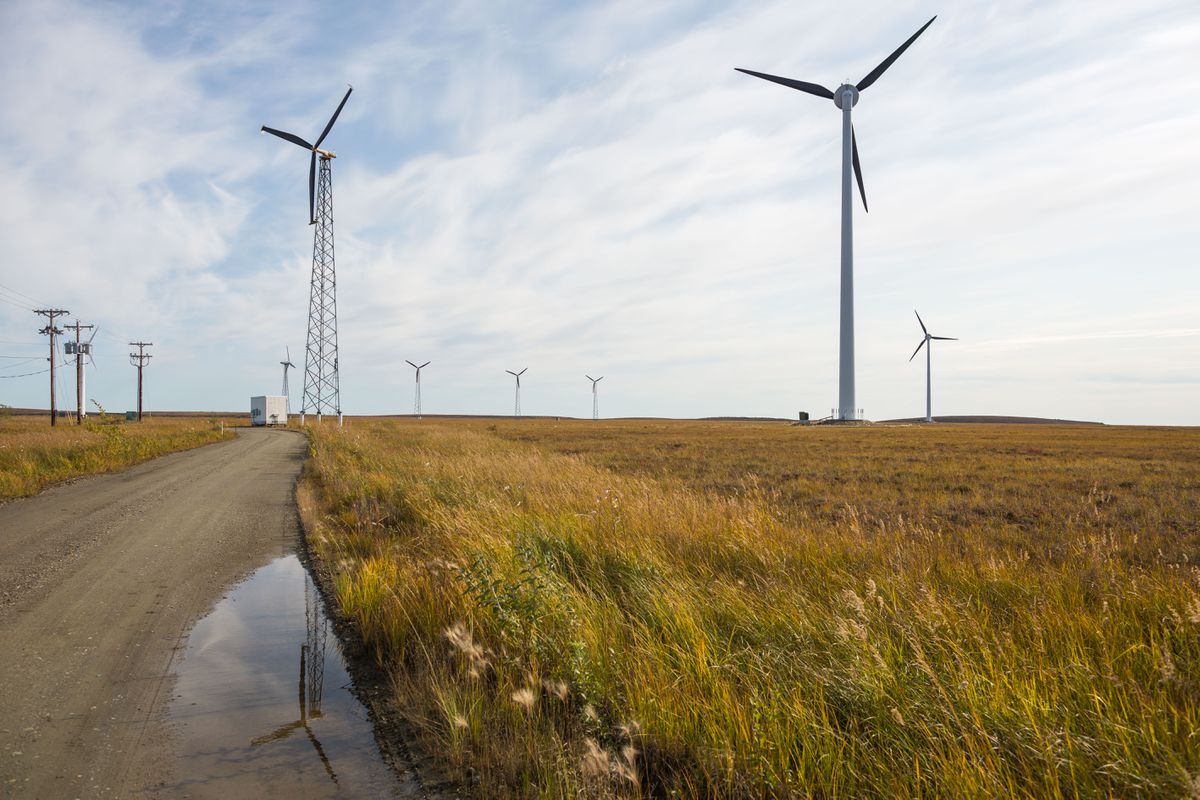 This is the third and last column making the case that Alaska, like many other places, can move beyond oil and into the clean energy economy.

From arts and parks galore to supreme seafood, from wired wilderness to a global cargo center, from health care to federal spending, Alaska has many strong economic blocks to build upon.

Add in the projected slow but steady growth in the health care, tourism, retail trade and air cargo sectors and Alaska's economic future is on the positive side. ISER economist Mouhcine Guettabi did an analysis on "What's Happened to the Alaska Economy since Oil Prices Dropped?"

After noting where job losses and job gains occurred, Guettabi concludes, "to build a healthy economy for the long run, the state needs to balance the budget." Assuming this does happen, then policy makers and investors could look to accelerating growth in the more stable parts of our economy, making it possible to have a healthy economy not dependent on more oil or the next big mega project. Furthermore, there are opportunities to be had by moving into the clean energy economy.

[Beyond oil, part 1: Alaska's first step is a sustainable budget]

It's often said the cheapest energy is the energy you don't burn. According to Chris Rose, executive director of the Renewable Energy Alaska Project (REAP), "We estimate that Alaskans are spending about $5 billion a year on heating, electricity and transportation. We also estimate that we are wasting about 20 percent of that. That means we're burning about a billion dollars' worth of energy every year without any benefits. With a robust program to finance and promote energy efficiency measures, Alaskans could instead work toward re-circulating that $1 billion in our economy, creating thousands of jobs in the process," explains Rose.

Another opportunity from embracing the clean energy economy lies with joining regional efforts to reduce emissions through carbon caps and trades. Instead of looking to sell coal to China, Alaska should be looking to get paid for leaving its coal in the ground. Chugach Alaska Corp. sold its rights to Bering River coal in exchange for carbon credit revenue via California's cap-and-trade carbon market. The reason this "carbon offset" opportunity exists is because the rest of the world accepts that if there is to be any chance at all of not exceeding the two degree-Celsius threshold all coal must stay in the ground.

Perhaps the biggest opportunity for Alaska to create a clean energy economy lies with our wealth of renewable energy and our vast experience running microgrids all over rural Alaska. Wind-diesel hybrid systems across the state are already displacing tens of thousands of gallons of expensive diesel every year. Because much of the developing world is not connected to major energy grids, Alaska's microgrid expertise could be exported. REAP promotes Alaska as a world leader in the integration of renewable energy into remote diesel grids.

According to a 2012 report done by the Alaska Center for Energy and Power (part of UAF), "Geothermal, wind, tidal, wave, hydro and even solar and biomass resources have the theoretical potential to not only meet the majority of Alaska's in state energy needs, but also provide tremendous economic and strategic opportunities for the State and the Nation." The challenge for tapping into much of Alaska's wealth of renewable energy lies in geographic isolation. However, Alaska could follow the example of Iceland and bring energy-intensive industries to locales that have commercial scale supplies of renewable energy.

Iceland is an example of a country that has aggressively pursued renewable energy policies to promote economic growth and reduce dependence on fossil fuels. While there are some demographic and geographical similarities between Alaska and Iceland, the biggest difference comes in vision and policy. Unlike Alaska, Iceland has used energy policy to focus on sustainable development and diversification of its industrial activity. Iceland is currently guiding its energy policies toward the development a hydrogen-based economy, in which cars and fishing vessels can run on hydrogen stripped from water with renewable hydro and geothermal, eliminating the need to import fossil fuels.

Instead of hoping to go back to the future through more oil, Alaska should follow the lead of Iceland and embrace the opportunities of a world moving toward a low-carbon economy. Instead of sitting on the sidelines of the Pacific Coast Action Plan for Climate and Energy, Alaska should actively participate and share in the benefits of a region fully engaged in the clean energy economy. If Alaska did this, we could be not only the last frontier but the best frontier. Alaskans have the resources and capabilities to move beyond oil. All we lack is the right mindset.