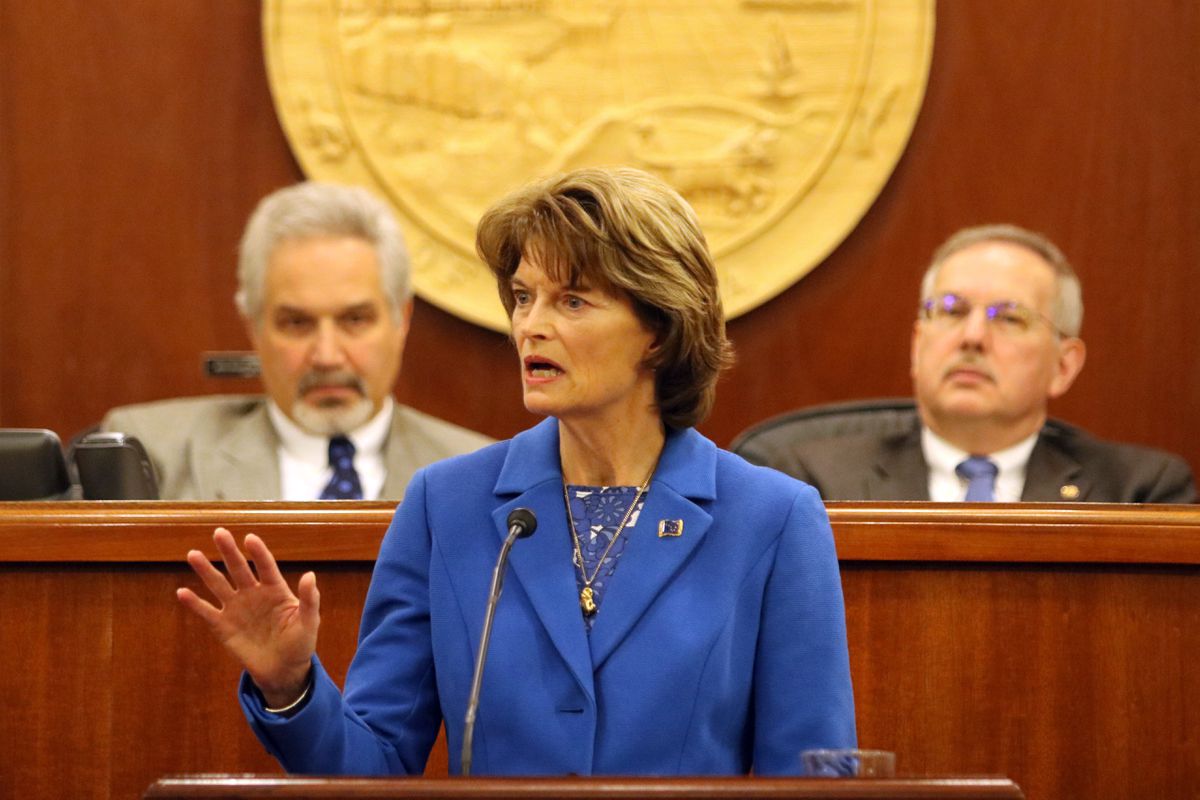 U.S. Sen. Lisa Murkowski delivers her annual speech to the Alaska Legislature at the Capitol in Juneau on Feb. 22, 2018. (Nathaniel Herz / ADN)

U.S. Sen. Lisa Murkowski delivers her annual speech to the Alaska Legislature at the Capitol in Juneau on Feb. 22, 2018. (Nathaniel Herz / ADN)

Stories like Jane's keep me up at night. The loss and despair that accompanies a survivor's trauma makes my stomach churn.

The first of many times that Jane's sense of safety and familiarity was taken away from her was at the age of 13, when she was sexually assaulted. Jane grew up in a small, beautiful village off the road system. A village of just over 250 people, similar in size to more than a hundred communities across rural Alaska.

For Jane, it began one night while she was sleeping. A drunken man stumbled into her room, climbed on top of her, and, no matter how much she pushed and fought, he held her down and took not only her dignity, but her childhood, away. Afterward, as she burst into tears, her sister insisted that she not tell their parents, saying, "It happens to all of us."

And through the years, that is just what she did. When men grabbed, chased and followed her, she fought to survive and didn't speak a word.

Even if Jane had shared her trauma, the community health aide at the local clinic wasn't trained to provide medical forensic exams, and if she had asked for one, they would call the Alaska State Troopers. But because the area troopers patrol is so large and often only accessible by plane, it could take anywhere from hours to days to respond to a call. In the event that Jane had gone through these steps, she would have been instructed not to shower and to limit bathroom use to prevent destroying any evidence until she was transported to the nearest urban hub.

Even after this lonely, traumatic journey, Jane still could have been turned away if a sexual assault nurse examiner (SANE) was not available at the hospital.

I changed Jane's name and some details to protect her identity and privacy, but what happened to Jane is real and, unfortunately, not unique. And the reality is that it is not one that will change overnight. So as we work to prevent stories like these from happening in the first place, we must ensure that victims have a fighting chance of attaining the justice they need and deserve.

In Alaska, there is justifiably significant attention focused on processing the backlog of rape kits, and while I commend efforts for those working to address this, a bill I'm co-sponsoring is the first step is to ensure people have access to receiving the appropriate care in the first place.

There is a shortage of SANEs that provide medical forensic exams, commonly referred to as rape kits, across Alaska and the nation. According to a 2016 Government Accountability Office report, data on the number of examiners nationwide is unavailable, due to a lack of mandated national reporting. However, after analyzing testimony from key stakeholders in multiple states, the report did note that there is a dramatically limited number of trained nurses and resources to meet the high demand for medical forensic exams. The report discussed multiple challenges in maintaining a supply of examiners, one of them being the limited availability of training.

This information is what spiked my interest in working with my colleague Sen. Patty Murray from Washington to introduce a bipartisan bill, the Survivors' Access to Supportive Care Act, or SASCA. Our goal through this bill is to address the limited availability of training and lack of access to medical forensic exams in both urban and rural communities.

SASCA will help ensure that all survivors, no matter their location, will have access to the only exam that can assist them in their journey for justice. It will address the lack of data that we have on the availability of care, by requiring hospitals to file an annual report of how many exams they facilitate, which training methods they provide to staff, and the number of examiners they employ.

More importantly, it will increase access to exams and resources for survivors by establishing a national task force that will work to establish national standards for a federal training program. This training program will not only allow nurses to become certified in conducting these forensic exams, but also physicians, nurse practitioners, nurse midwives, physician assistants and certified nurse specialists. Most importantly for Alaska, this program will allow for community health aides with level III and level IV certifications to be trained in providing care to women like Jane.

Finally, we've included in SASCA a $55 million rural access grant program, administered by Health and Human Services, to increase the availability of medical forensic exams. We have set aside 15 percent of those grants for Indian-affiliated organizations to provide culturally sensitive resources and emergency first aid training.

The incidence of rape in Alaska is the highest in the country, three times the national average. And according to the FBI's Uniform Crime Reports, Alaska Native women are 9.7 times more likely to be assaulted than other Alaskans. In today's culture, it is easy to become desensitized to the overwhelming statistics — but they must be considered.

As a young Alaskan survivor wrote, "There is strength found in survival unlike any other." While this is one of many steps I will take to support the brave individuals who have not had the necessary resources to seek the justice they need, I hope introducing the Survivors' Access to Supportive Care Act sends a clear message to every Jane: We stand with you.