When it comes to the Alaska House, I’m not a fan of power sharing 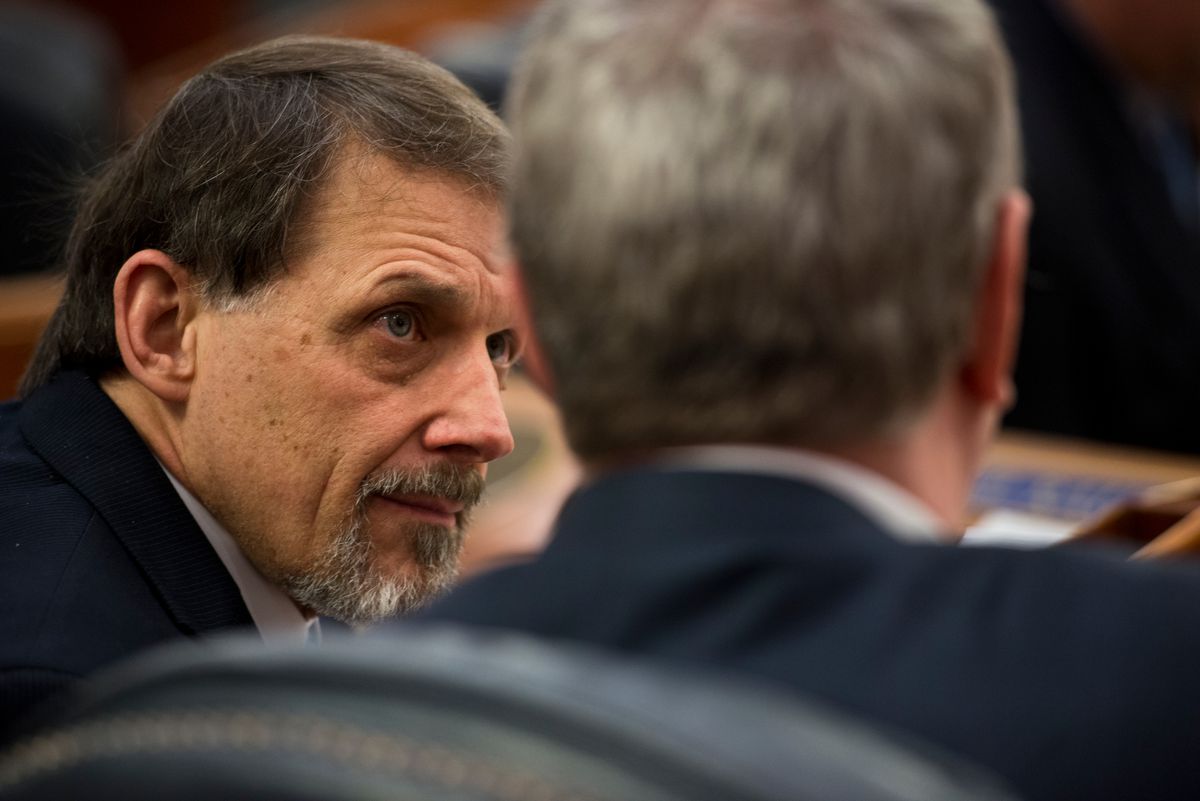 For the past two weeks, I was asked to be a substitute member on a bipartisan committee that was created to explore the concept of power sharing. Late this week, I decided to withdraw.

Let me first say that I have great respect for the other House members who have worked long hours on this project to try to find a way forward. We all worked in good faith and did everything we could to move forward with this concept, but after many hours now spent, I can confidently say that I do not believe all the hurdles can be addressed. Since there is a Republican majority in both houses, the concept of power sharing, while noble on its face, seems to be a way to elevate the power of one caucus and diminish the power of the other caucus to a level playing field.

Cracks in the foundation

As you know, there has been a stalemate in the State House over which caucus will have control. While Alaskans voted overwhelmingly for a Republican majority, three of our Republican representatives left our caucus.

Because of this reality, the Republicans have been unable to organize a needed majority of 21 and have entered into many discussions and negotiations to resolve the deadlock. Searching all possibilities, the thought of a unified effort was being considered.

The start of this process was to launch a bipartisan exploratory committee to hammer out a “power sharing agreement” proposal, under which leadership roles could be split between the caucuses. I stayed a part of that committee, curious as to where this was all headed.

One of the biggest obstacles to a sharing agreement, however, was that we would have to find a way to satisfy the requirements of Alaska’s Constitution, the Alaska statutes and the Uniform Rules.

This is much easier said than done.

It may be easy to look at other states that have had limited success in the concept of power sharing and think that success might be easily transferred, but each one of those states has its own constitution, statutes and internal rules that are all substantially different from Alaska’s.

Let’s take the Uniform Rules, for example -- the rulebook that exists to govern the internal rules of both the House and the Senate.

In order to change the Uniform Rules to even allow for shared leadership in the House, the Republican-led Senate would have to agree to allow the House to change or suspend the Uniform Rules, which could seriously damage the integrity of the built-in safeguards that those rules provide. Because Senate bills would have to be sent over to the House side and to be put through the power sharing process, I do not believe the Senate would put their bills at a disadvantage within the confines of a power sharing agreement.

But even if we were to ignore this foundational issue, the remainder of the proposed power sharing agreement still has significant flaws. One of the cornerstones of this proposed agreement is that important decisions, such as who gets the third seat on a joint committee hearing a budget bill, could be determined by a coin toss. This is an illustration of broader issues.

The nuts and bolts

A major tenet of the proposal states that, for a bill to be scheduled for a hearing in committee, both co-chairs of a committee (one Democrat and one Republican) must both agree to allow a bill to be heard or the bill would not be considered. This could stifle all bills from moving forward.

A concept called “silver bullets” was added to allow Senate and House bills to be heard in committees, regardless of any potential co-chair disagreement. But because the proposal also calls for even numbers of members from each caucus on each committee, bills would still be more likely to tie and stall out in committee than to get a majority of votes and move forward to the next stage.

The concept of “gold bullets” was added to allow important bills to be pulled out of the second committee of referral or the Finance Committee and go straight to the floor. But this doesn’t work either, because bills go to House Finance to be vetted for their expected cost to the state. We cannot afford to skip this process.

The plan also calls for leadership to be somewhat multiplied. It calls for a speaker and a speaker pro tempore, two Rules chairs and two whips, and in the House Finance Committee, two co-chairs of the capital budget and two for the operating budget, plus two vice chairs. At this point, utilizing committee aides becomes tricky, office space becomes a logistical challenge and it would be tough for staffing to come in under budget also.

It took Oregon six weeks to organize after agreeing to a power sharing agreement. I believe there is just too much to mitigate in the time frame we need to accomplish this structure.

There’s nothing wrong with wanting to make sure every Alaskan is represented in government, but we’re at a point with this proposal where we’d essentially have to create a double government to govern those doing the governing.

I even wonder if this would lead to calls for two administrations (one for each side of the aisle). Co-governors and co-lieutenant governors, doubling the bureaucracy we already have in Alaska so we can grant power to both sides simultaneously?

On Nov. 6, Alaskans elected 23 Republicans, 16 Democrats, and one independent into the State House. While they could have done exactly the opposite, the people of Alaska chose a Republican governor and a Republican majority of seats in both the Senate and House. The people spoke clearly, and we would be wise to listen to them.

At this juncture, two dozen days into session without organization, I propose we continue using the model that our framers laid out: a majority-led representative government.

Rep. George Rauscher, R-Wasilla, represents House District 9 in the Alaska House of Representatives. He was first elected to the Legislature in 2016.