Taming the elephant in the room 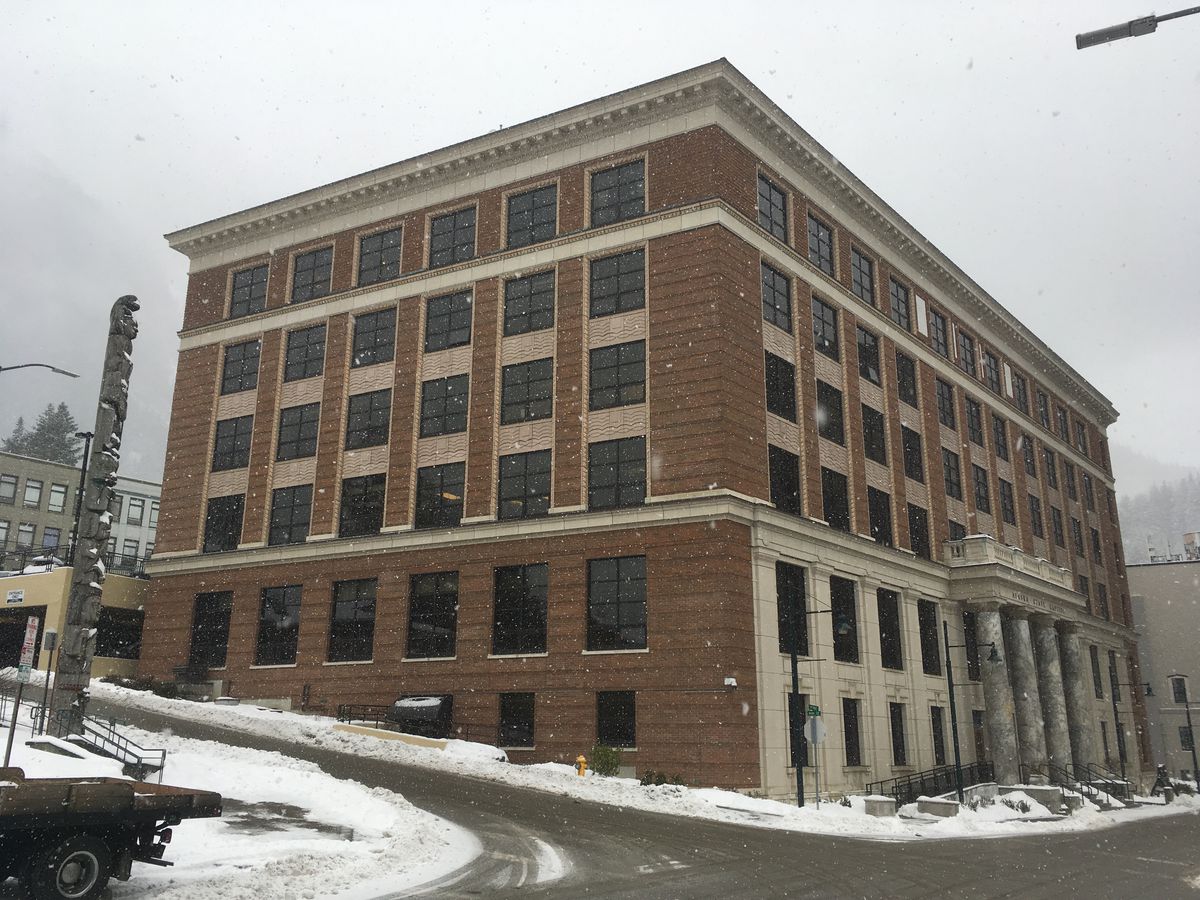 The Alaska State Capitol is seen Monday, Feb. 18, 2019 as snow falls in Juneau. A storm is expected to drop as much as 12 inches of new snow by Tuesday. (James Brooks / ADN)

The Alaska State Capitol is seen Monday, Feb. 18, 2019 as snow falls in Juneau. A storm is expected to drop as much as 12 inches of new snow by Tuesday. (James Brooks / ADN)

Last month a group of representative community members and economic experts organized by Alaska Common Ground met with an audience in Anchorage to discuss “The Costs of Alaska’s Economic Roller Coaster.” It was an enthusiastic and civil discussion, peppered with questions from an engaged audience and moderated by John Tracy. These people clearly loved Alaska and cared about its future prosperity.

They all emphasized that we were at a turning point in the state’s history and should take a long-term view to achieve fiscal stability. New sources of state revenue were essential. Most reasonable cuts have already been taken. There was also consensus that moderate dividends should be continued. During the discussion Tracy asked the audience for their opinions by a show of hands. Most supported all points of consensus. Video of the discussion can be reviewed online.

This month, Alaska’s new governor, Mike Dunleavy, also chose fiscal stability as the focus of his budget plan. But Dunleavy’s proposals are radically different from those of the Anchorage community leaders. He takes new revenue totally off the table. Faced with the looming fiscal shortfall, Dunleavy would cut $1.8 billion from the budget, eliminating state funds for programs that people rely on and have been developed with years of effort.

On the other hand, he would spend about $1.8 billion for supersized dividends. Sen. Natasha von Imhof, chairwoman of the Senate Finance Committee, has aptly referred to Dunleavy’s supersized dividends as the “elephant in the room.” When questioned about this plan, Dunleavy’s spokespeople say he wants to let Alaskans decide how to spend the money, not government.

Unfortunately, this answer ignores the fact that government - accomplishing together what we cannot do as individuals - is essential to life in a functioning community. Try driving across town when the streetlights aren’t working to clarify this concept.

Dunleavy’s cuts are wide-ranging, but many reduce services to those who are poor or live in small communities and would be unlikely to speak up. When asked about the proposed cuts to maintenance of airstrips in small remote communities, the governor’s spokesperson replied, “We can’t be all things to all people.” Tell that to someone with appendicitis.

Alaskans pay for governmental services at the municipal level, but only minimally at the state level. Across the U.S., per capita broad-based state tax revenues are about $2,600 for all the states. In Alaska, the figure is about $540. John Tracy asked the audience at Alaska Common Ground if they would be willing to pay $2,600 in state taxes. To his surprise, most raised their hands that they would. Taxes should and could be set to spare those with low to moderate incomes, and to tax people who earn in Alaska but reside Outside.

The Legislature has been questioning Dunleavy’s spokespeople on many fronts. A recent exchange involved his move to switch from state-run to private prisons. Would a business whose profit depends on the length and amount of incarceration implement programs that cut the need for incarceration? It should be concerning that the governor chose Wildwood Correctional Center for initial cutting. Wildwood is the prison that had started to implement innovations in prison management from Norway and Ireland that reduced post-release crime by as much as 20 percent, as seen in the documentary “Breaking the Cycle” on Netflix.

Alaska’s legislators are up against a challenge. The governor has veto power over all bills, and our Constitution (Article 2, Section 16) requires an affirmative vote of three-fourths of the Legislature to override a veto of a budget-related bill.

If the legislators want to counter the governor’s plans for Alaska, they will need to work together.

But, it’s possible. Last year’s Legislature successfully worked across the aisle to adopt SB 26, establishing the percent-of-market-value (POMV) endowment system for sustainable annual draws from the Earnings Reserve Account, the spendable part of the Permanent Fund. This year, through a similarly united effort, the Legislature could pass a new bill establishing the annual apportionment of POMV funds between dividends and other governmental costs. If enacted early this session, there would be time for the governor’s expected veto, and for the Legislature to override his veto.

The act should be effective immediately. It would convert Sen. von Imhof’s “elephant in the room” into a manageable reality, protecting the dividend for future generations and leaving part of the state’s current revenue available for state government. The Legislature could then proceed to pass a reasonable budget including needed programs and the new revenue measures necessary to fund them. The public would appreciate it!

Janet McCabe and her family have lived in Alaska since 1964. Her education and experience are in community planning with a specialty in population projection. She is actively involved in several nonprofit organizations, including Alaska Common Ground and Commonwealth North.