Pebble mine or salmon: Eventually, it’s one or the other 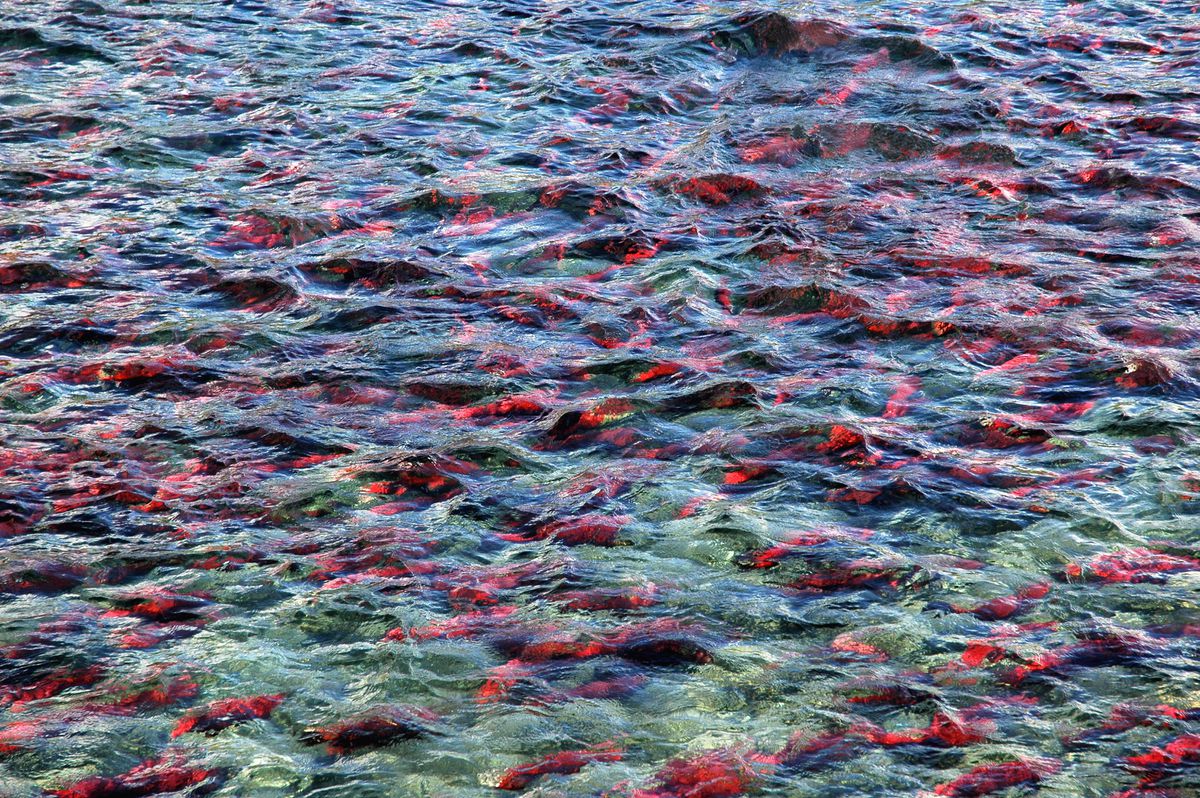 Sadly, the uncomfortable truth is that we are governed by the people who bother to show up. That not only means the people who run for office and the people who vote for them, but also the people who spend the mind-numbing time and energy to listen to the varied testimony of people who know what they’re talking about on a variety of subjects in front of our duly elected officials.

Something that probably escaped the notice of most everyone who doesn’t live in Juneau or hang out at their local Legislative Information Office (and a huge shout-out to Gavel Alaska and public radio in general for making it available!) was testimony in front of the House Resources Committee on April 1 regarding the Pebble mine project.

The most powerful testimony came from Daniel Schindler, Ph.D., who is a principal investigator of the University of Washington Alaska Salmon program where he has studied the ecology of salmon and their watersheds in western Alaska in a program started in 1946.

What Schindler told the committee about the draft environmental impact statement regarding the Pebble mine project is something that all Alaskans should pay attention to.

“Today, I was asked to talk about some of the inadequacies of the draft EIS,” he told the committee. “And in a nutshell, Alaskans should be dismayed. Alaska’s leaders should be outraged. The Army Corps of Engineers should be ashamed of themselves, and embarrassed, if they’re going to put this environmental impact statement forward as a piece of credible science. It is not.”

He touched on six basic inadequacies but said there were many more.

Those he brought before the committee were that the draft EIS distinctly underestimates the risks; involves many very tenuous assumptions; assumes no very important cumulative risks; assumes no interactions between climate change and mine stresses; involves inappropriate time frames and fish habitat assessments; and has many examples of misrepresenting published scientific results.

Regarding the time frame for post-mine tailings containment, the one discussed in the draft EIS was 70-75 years.

“We know that much of this deposit will produce acid mine drainage,” Schindler told the committee, “and this is known with full certainty: Sulphuric acid and a variety of toxic metals, these must be stored, and maintained, and contained, for centuries. We know this. There’re no uncertainties associated with this. A risk analysis has to account for the long-term potential risks for this mine.”

In other words, that dam holding back the toxic mine tailings from Pebble has to be to withstand everything thrown at it in perpetuity. Not 75 years, not 250 years, in perpetuity. Far, far past the seven generations we are told to consider in our environmental choices.

Is there anyone associated with this project who can assure us that 500 or more years from now, the tailings dam will be intact? The draft EIS looks out 75 years. Is there anyone who wants their great-great-great-great grandchildren who may want to live in Western Alaska and eat, catch or sell wild Alaska sockeye salmon to have that privilege stripped from them because their ancestors were so short-sighted and greedy that they would trade the pristine headwaters of the world’s largest remaining wild sockeye salmon run for 20 years’ worth of profit to a foreign company?

If you support the Pebble mine, do me a favor and look your kids and grandkids in the eye and tell them, without irony, that the trade-off is worth it. Because I assure you, as Mr. Schindler did to the House Resources Committee, that it’s one or the other.