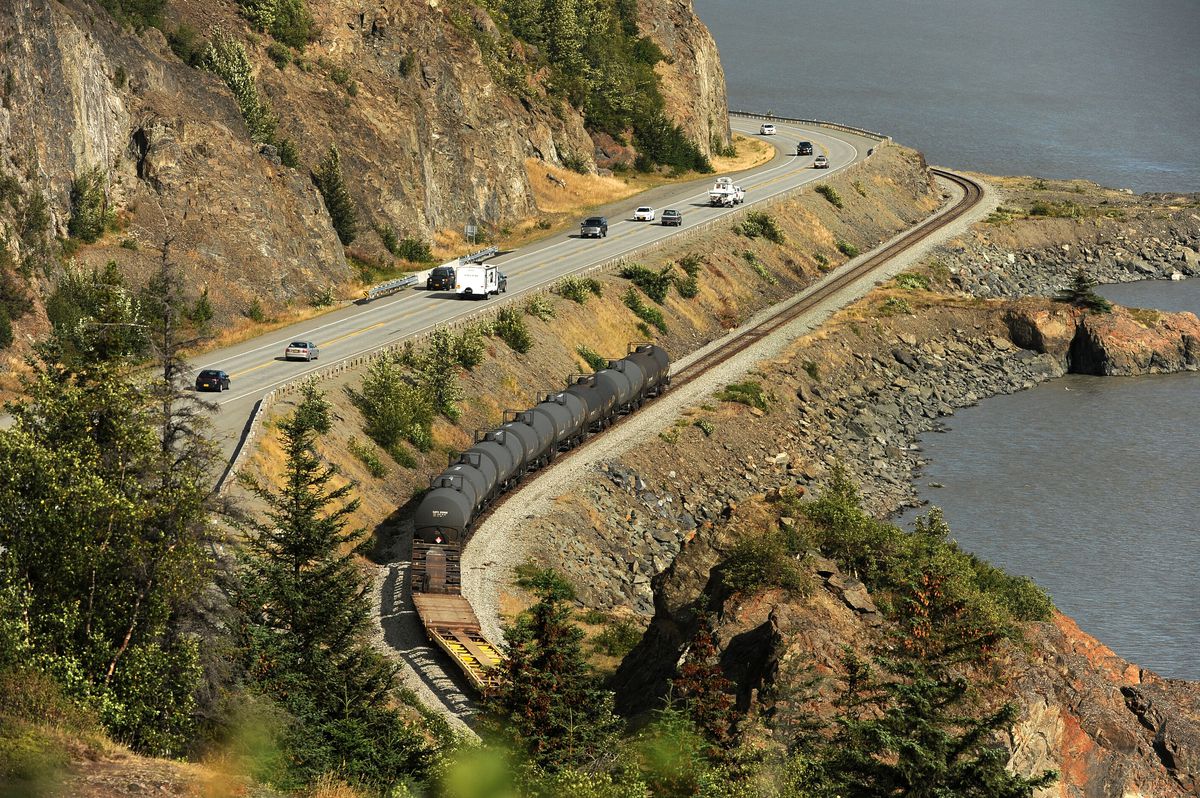 Alaskans like superlatives: The largest state in the union and boasting the most coastline, tallest mountain, lowest recorded temperature, largest national park and biggest national forest.

We take pride in our natural extremes — and dream about man-made extremes. We love thinking about big projects, but unattainable big projects distract us from reality.

For example, some Alaskans dream about a $17 billion railroad that would move Alberta’s oil sands production in tank cars 1,700 miles across remote boreal forest, rivers and wetlands, threading around mountains and wildlife habitat to near Fairbanks, where Canadian crude would be poured into the trans-Alaska oil pipeline (TAPS).

Supporters say all that new oil could help extend the life of the trans-Alaska oil pipeline and restore Valdez to its glory days of busy oil tanker traffic. They say it could solve the problem of insufficient pipeline capacity out of Alberta. Certainly, Alaska has plenty of room in its three-quarters-empty pipeline.

Alas, the economics come off the rails for shipping Canadian oil the long way through Alaska for export. A 2015 study for the government of Alberta estimated the rail cost alone from the oil sands to Alaska at $15 to $20 per barrel, assuming the railroad moves 1 million barrels per day. Each heated and insulated tank car could carry about 700 barrels, requiring thousands of rail cars in constant motion.

Add in the pipeline charge and tanker costs, along with rail car loading and unloading expenses, and the transportation charges could eat up at least one-third of the value of the oil.

But why limit our dream to oil — why not boxcars, flatcars and grain cars riding the rails, moving all kinds of commodities, mining production, equipment and consumer goods to and from Alaska and to and from Asia through Canada to North American markets? That’s the dream behind Alaska Senate Joint Resolution 11, which lawmakers have adopted and will soon mail to officials across Canada and the United States.

Supporters say using Alaska as a rail transfer station would save travel time for ships going to and from Asia, moving goods to North America and maybe taking farm products to China. True, but that leaves a very long, very expensive train ride. I expect that moving cargo containers by sea, up to 20,000 of the 20-foot-long boxes on the newest megaships, is more cost-effective than moving several hundred at a time by train.

The dream is linking the state-owned Alaska Railroad with the North American rail system. The big dream is the money. The legislative resolution tells us: “The state would not be required to provide funding for a railroad project.” It’s that something-for-nothing affliction again. It’s not a disease unique to Alaska, but one we have perfected.

The supportive resolution says “public-private partnerships” would enable the Alaska Railroad Corp. to finance, build and operate the line. This was the magical thinking behind the Knik Arm Bridge and Toll Authority, but when inflated traffic estimates and honest financial numbers emerged for the elevated water crossing, the down-to-earth reality looked more like public cost and private benefit.

The point isn’t to rain an economic downpour on the parade of rail cars. It’s just one in a long list of uneconomic dreams, such as:

- The almost $200 million the state poured into an unfinished rail spur to the Matanuska-Susitna Borough’s Port MacKenzie, in the name of economic development.

- A state-owned gas pipeline from the North Slope to Big Lake, known as the Alaska Stand Alone Pipeline, which is a funny name for a $10 billion project that can’t stand on its own economically.

Dead-end projects burn up time and energy, taking Alaskans away from the work of creating a real future for the state.

Instead of dreaming big, we should be thinking smart. We need to build our university system, public schools, vocational training and job training. We should improve high-speed internet access to smaller communities, health care services, substance abuse treatment and counseling to bring Alaskans into the workforce. We should fund innovative technologies and research with actual benefits.

All of that would create more jobs and economic development than another sweet dream about an unrealistic project with dubious benefits.