When we say we’re free in America, what do we mean? 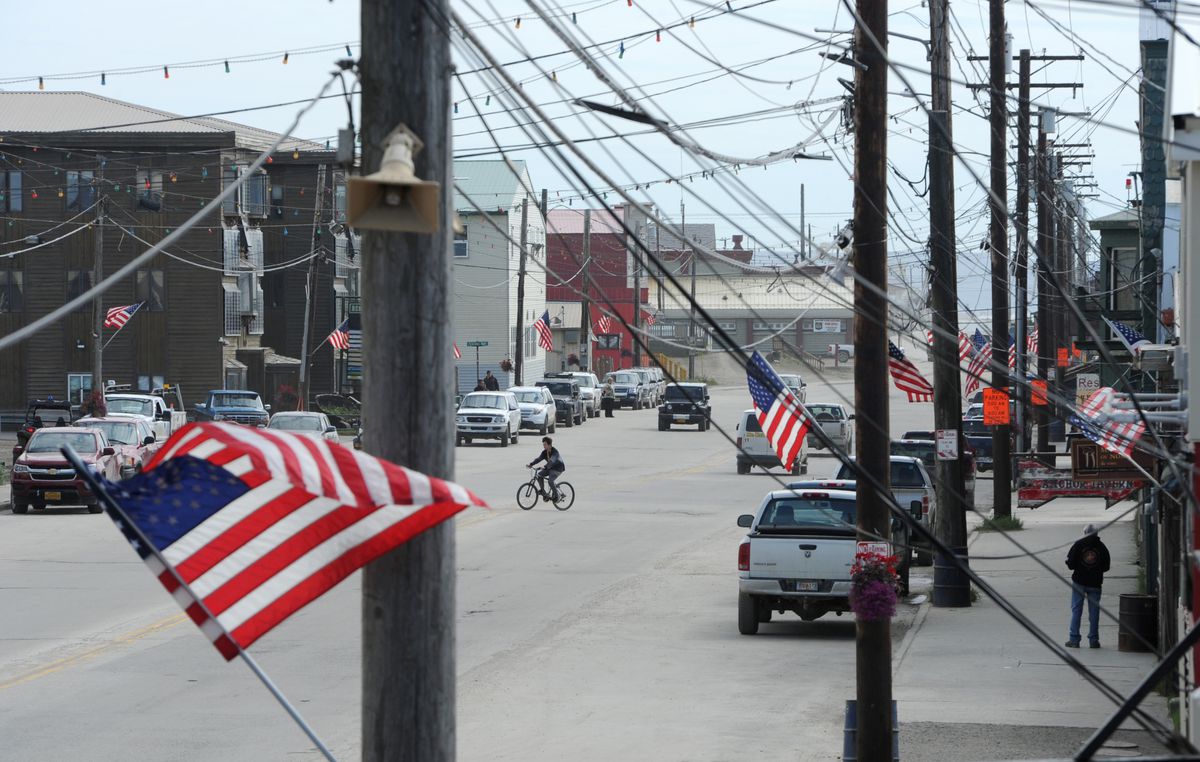 A bicyclist crosses Front Street in Nome on Friday, June 28, 2019. The U.S. Flags lining Front Street have been up since Memorial Day as residents got ready to celebrate Independence Day with a parade on the 4th of July. (Bill Roth / ADN)

A bicyclist crosses Front Street in Nome on Friday, June 28, 2019. The U.S. Flags lining Front Street have been up since Memorial Day as residents got ready to celebrate Independence Day with a parade on the 4th of July. (Bill Roth / ADN)

Often heard this past Fourth of July was country singer Lee Greenwood’s patriotic song “God Bless the USA,” with its iconic line, “I’m proud to be an American, where at least I know I’m free.” For many, the song elicits an emotive pride.

But what we mean by freedom is often a generalized notion: being able to go where we like, say what we think. It’s worth examining more deeply what it means to be a free American.

Franklin Roosevelt laid out one meaning in his “four freedoms” speech of Jan. 6, 1941. Everyone, he said, has a right to freedom of speech and expression, freedom to worship God in their own way, freedom from want, and freedom from fear, by which he meant living without the threat of war or terrorism.

If that’s what freedom means, it’s not anything that distinguishes America. People in the western European social democracies enjoy all of these freedoms; so do people in many other nations: Canada, Israel, Australia and New Zealand, for example. It can be argued that people in these countries actually enjoy more freedom than Americans. In these countries, high taxes provide government subsidized child care, health insurance, education and retirement benefits, as well as unemployment insurance and aid for dependent children and mothers. This takes away a great deal of fear about the future that Americans must live with daily, freeing people in those countries to think about community. Most have longer life expectancies and lower infant mortality rates than the United States.

Another meaning links freedom to property. John Locke argued that all people are entitled to property ownership; it reduces one’s vulnerability to manipulation by others. Jefferson took this up, urging that American democracy should rest on independent small land-owners who would be the best guardians of their and their country’s best interests.

Something quite interesting happened to this argument in the modern era. First, it was converted into a defense against taxation, the notion arising that taxes are an immoral seizing of an individual’s freedom. This claim is often made against the income tax, generating challenges to the constitutionality of the 16th Amendment to the U.S. Constitution; those challenges have failed.

But that argument took a pernicious turn in the hands of a 1986 Nobel laureate economist not widely known, James Buchanan. He reasoned that the dominant motivation for people’s economic actions is self-interest. This was not new, but Buchanan adapted it to the modern age, arguing that those who seek free government services, and those who advocate for such services, are pursuing their own self-interest at the cost of those whose wealth and taxes make those services possible. In his view, the government functions as an instrument to take money from those who have earned it and give it to those who have not, and who therefore do not deserve it. Buchanan regarded this as immoral.

He proposed a remedy for this situation: Cripple or destroy such programs. It would not be enough, he reasoned, to vote into office those who oppose government largesse. A better strategy, he urged, is to block the programs from functioning in the first place. This could be done by legislation starving or eliminating the programs, by judicial action declaring the programs constitutionally flawed, or by executive action blocking their operation.

A number of wealthy individuals who agreed with Buchanan (who died in 2013) established several organizations designed to persuade politicians to adopt his ideas and strategy. These include the State Policy Network, the American Legislative Exchange Council and Americans for Prosperity.

Buchanan was wrong. Economic self-interest is not the only motivator of human action. People frequently, sometimes routinely, display altruistic behavior, helping others with no expectation of reward. In fact, there is a veritable cottage industry of researchers studying altruistic behavior in human beings.

It seems there are those in America’s wealthy class who do not care about this, or find it mysterious. They should recognize that they depend on those they disparage and denigrate. And there are politicians, some in Alaska, who join them in seeking freedom from participating in the larger society of which they’re all a part.

It’s not a freedom any American should be proud of.