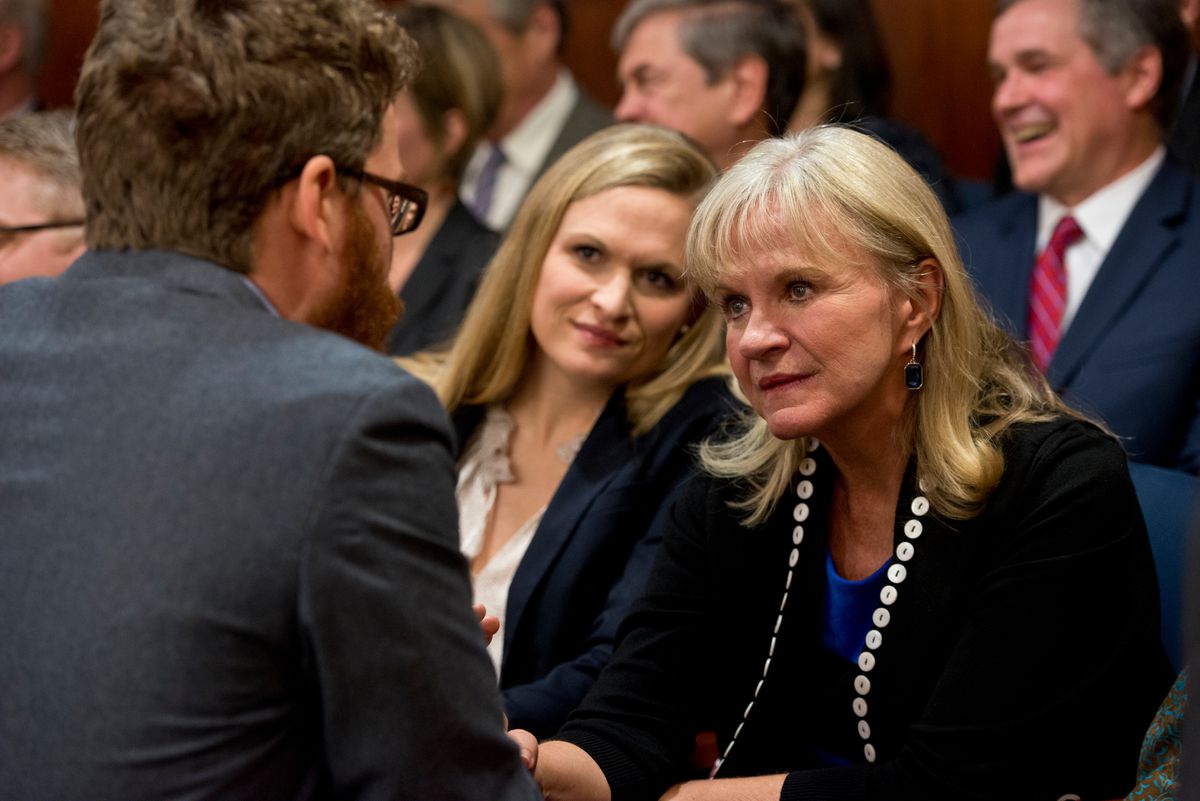 I appreciated Gov. Mike Dunleavy’s candor in letting Alaskans know about his skin cancer diagnosis. But then I read three or four comments and had to stop after seeing all the ill will directed at him. Our family has been there before. After my husband, former governor Bill Walker, was diagnosed with cancer in 2016, our daughter posted this:

“When my dad announced that he’d respect federal law and not shut down Alaska’s borders, among the throng of negative comments, someone posted: ‘one shot, one kill.’

When my dad announced a cut to the PFD, people openly wished for harm to come his way - perhaps a plane mechanical, or that he would somehow end up "at the bottom of the Bering Sea."

Today, before my dad can even announce that he has prostate cancer, people are celebrating and saying that this is what he deserves.

This isn't politics. This is people. And people don't deserve cancer.

We only have one shot at this life. May my words be good and my actions be helpful. I may not always succeed but I will sure as heck try. And never, ever will I say “karma” when someone says ‘cancer.’

I hope that Gov. Dunleavy has received compassion and support from others privately and publicly, but it wasn’t evident in the few comments I could bear to read.

I know that others have been subject to cruel comments. This week, someone posted on social media about former Rep. Les Gara. It read, “I suspect his parents knew he was a loser and that is why he was given away for adoption.” As a young boy, Les and his brother entered foster care after his dad was murdered when someone broke into his doctor’s office where he served the people of Harlem. For decades, Les has been the biggest advocate and champion for Alaska’s foster children. For that he’s owed gratitude, not disdain.

Just days before the Parnell/Walker gubernatorial general election in Nov. 2014, then-Gov. Sean Parnell’s college-aged daughter published a beautiful op-ed about her dad. That evening, our son came to me quite troubled and said, “Mom, I know you don’t like reading comments, but people are starting to write hateful things about Gov. Parnell’s daughter and her article and her dad, and it really seems wrong.”

So, I read the article and comments and then commented myself asking people to refrain. I wrote that while Sean, Sandy, Bill and I had stepped voluntarily into the political arena, it’s a different story with our children who, of course, will help, support and defend their parents but that should not grant license to come after them. If I recall, it changed the tone of the comments and people acknowledged what good, decent people and parents the Parnells are, despite political differences.

When I read about Gov. Dunleavy’s bout with cancer, I said a prayer for his healing, as well as for peace and protection for First Lady Rose and their daughters. I knew the insensitivity and threats that might come. May we stop that, please?

I am all for informed and thoughtful political discourse. However, when it comes to one’s health and safety, words really matter. May we lay our verbal weapons down in silence in those instances, or better yet, offer a kind word? Emblazoned on my favorite T-shirt our 10-year-old granddaughter often wears are the words, “BE KIND.” We can do better, we can show a bit of grace and mercy when someone has cancer. And may we always remember, our children are watching and learning from the example we set. Let it be honorable and one we are proud to pass on.

Donna Walker is a former First Lady of Alaska. She is a mother, grandmother, attorney and businesswoman.