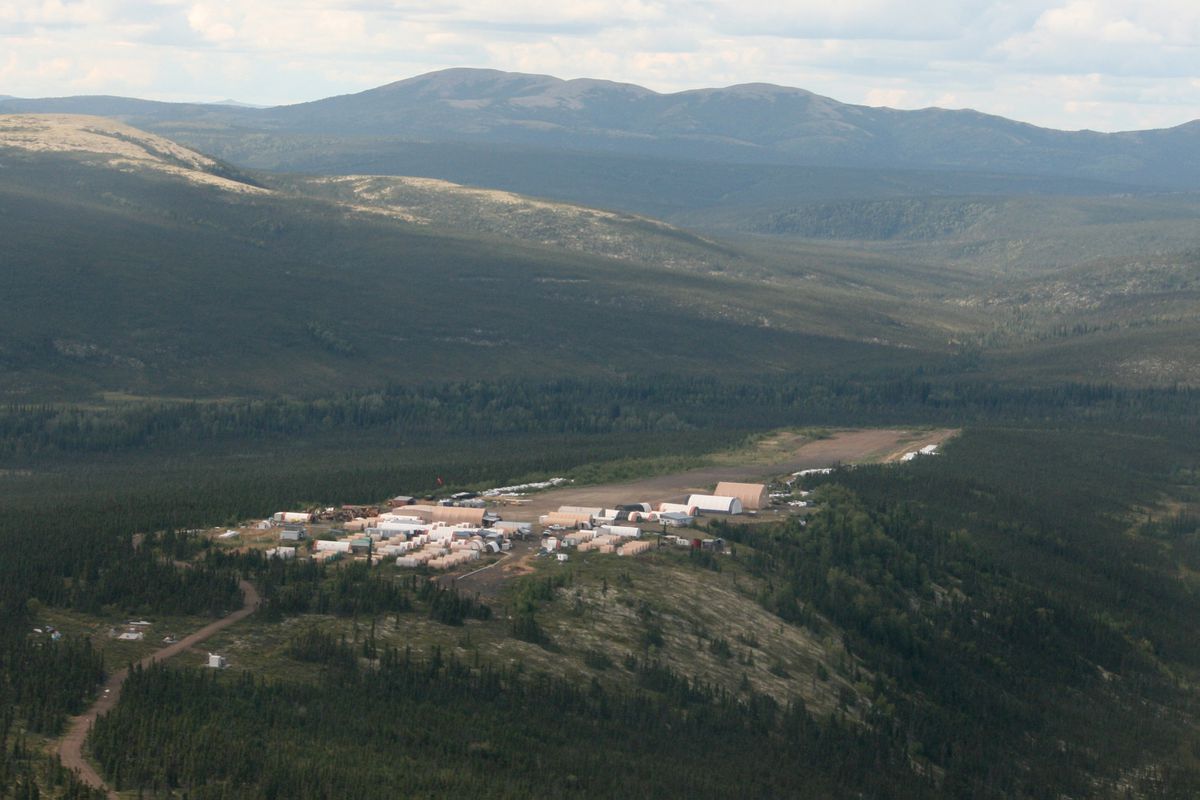 A Donlin Gold mine work camp and runway are seen from the air. The project is about 150 miles northeast of Bethel and 280 miles west of Anchorage. (Lisa Demer / ADN archive)

A Donlin Gold mine work camp and runway are seen from the air. The project is about 150 miles northeast of Bethel and 280 miles west of Anchorage. (Lisa Demer / ADN archive)

A lot of news lately has focused on the very real concerns we have about our future here in Alaska. Lack of public safety, job opportunities, education funding and a weak economy all present challenges that are bringing people together in unprecedented ways to realize a more secure future for our state.

For the first time since statehood, we are seeing year-over-year declines in our population as working-age adults and their families leave Alaska in search of work, taking their expertise with them. The Anchorage Economic Development Corp. reports a loss of 900 jobs just in Anchorage in 2018, and projects another 700 in 2019, as well as 1,000 in 2020. The statewide job loss numbers are much bleaker.

This situation underscores the importance of taking seriously every opportunity to turn this around. A recent announcement of a major oil producer leaving Alaska is a poignant reminder of how critical it is for us to have a stable investment climate, and that the oil and gas sector alone can no longer carry the freight for us. More diversity to our revenue stream is needed, and we do not have the luxury we once had to dismiss viable prospects right in front of us.

The economic strain has a direct nexus to our public safety crisis in rural Alaska. The Anchorage Daily News and ProPublica special report ‘Lawless’ is an astounding observation of just how many of our rural communities are desperate for public safety and other resources necessary to thrive. Numerous cash-poor villages and towns are in terrible predicaments without any public safety presence and few options.

Is there any good news? Yes. Alaska’s mining industry. It continues to weather severe and often unwarranted criticism, while providing almost 15,000 jobs in communities around our state. Just six producing mines, two development projects and several advanced exploration projects are each the single largest property taxpayers in their regions, pumping hundreds of millions of dollars into local economies and providing critically needed infrastructure and high-paying jobs that are breathing new life into rural communities long deprived of hope to improve their economic condition.

It has been said that labor rids us of three great evils — idleness, vice and poverty. Strong and vibrant communities, healthy families and good mining industry jobs are all inextricably linked together, opening paths to freedom, opportunity and a thriving self-sufficiency. The only losers are suicide, crime and substance abuse.

It’s important to remember the abundance of our natural resources and our commitment to market them was key to our gaining statehood 60 years ago. Congress feared that Alaska would be unable to raise enough taxes due to its small population and end up as a welfare state. The tide finally began to turn in favor of statehood with the discovery of gold and other natural resources. We were able to prove we could “pay our own way” and that our value to the U.S. was significant.

Alaska has been a natural resource extraction state for well more than 150 years, with the mining industry as the bedrock of our economy for nearly a century. Most of our population centers, from Juneau to Fairbanks to Nome, were founded by miners. Oil and gas are relative newcomers, and while the energy sector has a bright future, so does our mining industry. Today more than ever, Alaska needs this industry to realize its potential to help stabilize our economy, strengthen our communities and move Alaska forward into a more secure and prosperous future.

The simple truth is, we are no less desperate today for the hope, opportunity and economic freedom brought to us by the mining industry than we were 150 years ago. If a development project is awarded a permit because it has incorporated significant public input and met the necessary and stringent permit process requirements, then we should enthusiastically welcome the jobs, economic freedom, and family stability that flows from a well-developed, well-planned, community supported project that breathes new life into absolutely desperate areas of our state.

What does such a project look like? As recently reported by KTOO, the Donlin Gold project is currently busier renovating a century-old church in Chuathbaluk than building a mine because caring for their neighbor is a high priority. Eric Morgan Sr., subdeacon of the Russian Orthodox church said, “we can’t express our thanks (to Donlin) … like thanks from the heart from the whole village.” Donlin spokesperson Kristina Woolston simply stated, “It was the right thing to do.” Friends, this is generous, peaceful and life-renewing service in cooperation with the community.

Alaska’s mining industry employs Alaskans, whose concerns and burdens for the environment and a better life are the same as our own. Our mining industry routinely works with their neighbors to help alleviate suffering and improve the lives of their region.

I think it is fair to say most Alaskans want a well-regulated mining industry to flourish in our state, and desire to encourage more of this type of investment. But it will be necessary to stop the polarization and divisiveness that comes from caustic rhetoric, inaccurate information, and a false dichotomy that says it’s either mining jobs and infrastructure or protection of the environment. Our modern-day mines in Alaska have repeatedly shown that both needs can be well accommodated. The future of our state depends on the effort of multiple industries and entrepreneurs working together to move us forward into a more secure future.

Every successful mine is an exciting story of new life being breathed into Alaska. We need more of these stories today.

Rep. Chuck Kopp, R-Anchorage, was elected to the state House of Representatives in 2016. This commentary is dedicated to the memory of his friend, the late Alaska Sen. Chris Birch, a mining engineer and a strong champion of responsible natural resource development.