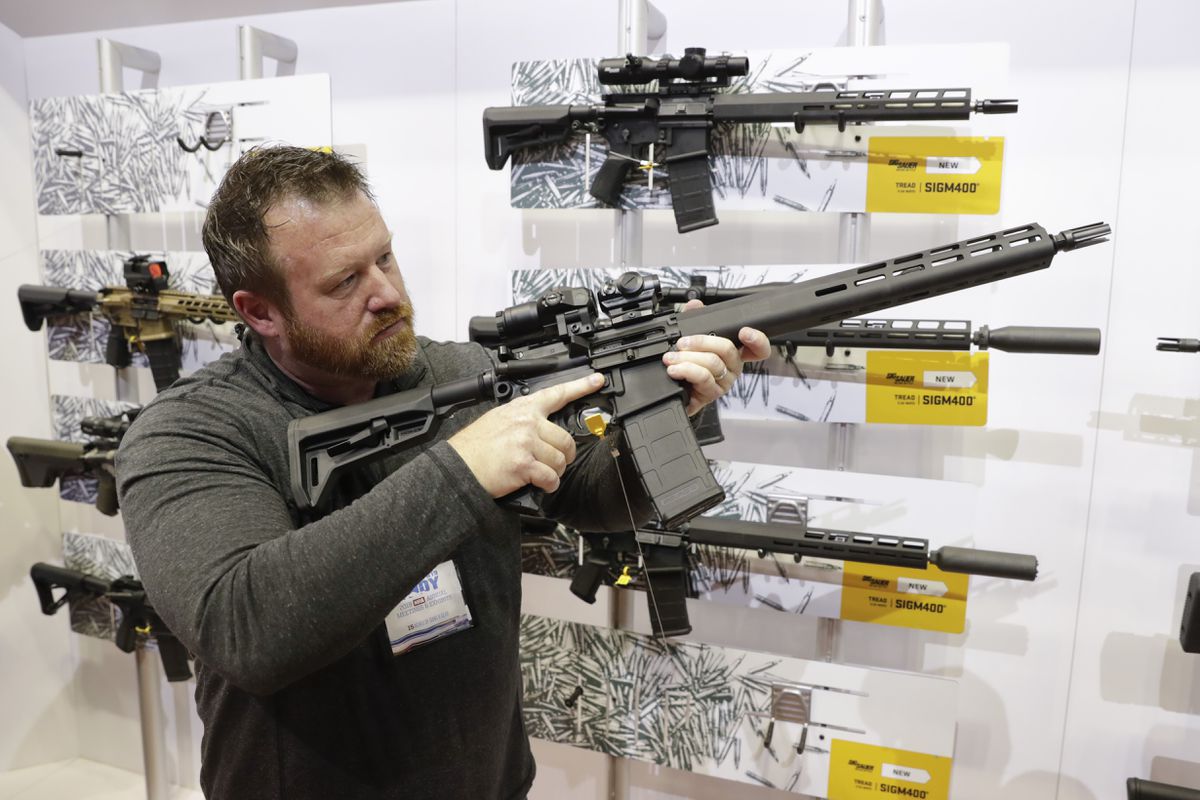 Evil walks among us, hidden by a smile, a handshake, a pat on the back, an offer of help. Always looking for the weak, the vulnerable, the gullible, the one in the wrong place at the wrong time. Prey.

Bad things happen to good people when and where it happens, we have no say as to the time or place. All we can do is to be prepared for the possibility of having to deal with that evil.

There is no law that can protect us from such evil as that which occurred in El Paso, Dayton and so many other places. Particularly, when that law prohibits the law-abiding from acting in their own self-defense, it makes them victims without recourse. The daily shootings in our major cities, especially Chicago and Baltimore, highlight those facts. Those doing this evil are criminals. Criminals, by virtue of the term, ignore the law.

Laws are made not to deter crime, because criminals do not fear the law, but to classify criminal conduct and provide punishment for that conduct. Laws do not protect us.

There are laws that bar felons from firearms ownership and possession. Yet they still have firearms.

It was an Obama executive order that protected the Parkland shooter when his violent conduct resulted in at least 35 contacts with law enforcement and multiple suspensions from school. The school had to take him back. He was never examined by a mental health professional. The executive order’s purpose was to keep minors out of the criminal justice system and in school, including those with the potential to harm their fellow students.

The Dayton shooter was of the same ilk. He was forthright in his absorption with death, violence and even had kill and rape lists of his fellow students. One girl finally called the police, who removed him from school. He was suspended for a year. Then he was allowed to return, without a mental health examination. His fascination with death and violence continued after high school.

There is no participation by mental health professionals in the evaluation of the individual in such cases.

A change in the Health Insurance Portability and Accountability Act law would be necessary to allow the courts and law enforcement access to any mental health records. We already have background checks.

Illegally obtained weapons have not been used in any of the mass killings before or since Sandy Hook. Adam Lanza, the Sandy Hook shooter, obtained his weapons by killing his mother for the key to the locked safe containing the firearms.

What is missing today is to allow the law-abiding to protect themselves, no matter what state we are in, whether resident or just visiting, as is our constitutional right.

Why do people think another law will stop a criminal from committing a crime?

Any argument regarding banning the weapons used is a red herring. It takes the focus away from the necessary discussion concerning the need to access mental health information, the need to involve mental health professionals to evaluate behavior, and the obvious need to immediately remove the unconstitutional bars to one’s right of self-defense.

Gun-free zones and insane laws barring self-defense with a firearm have enabled the killing of innocents.

The attacks by Palestinian terrorists on Israeli schools ended in the 1970s when Israel mandated armed school staff and armed guards.

In the U.S., the very people who should demand such protection for our children are silenced by the National Education Associations, American Federation of Teachers and the Democrats, for reasons beyond comprehension.

It was armed police officers who stopped the Dayton shooting in less than 30 seconds. Such is the exception, not the standard.

The El Paso shooter could have been stopped just as quickly, had the Walmart not been in a gun-free zone.

Being armed in public increases your chances of survival and decreases by many orders of magnitude the survivability of the criminal. Criminals don’t like targets who fight back. They seek easy prey.

It is estimated that more than three million law-abiding Americans carry a firearm daily, concealed or openly. Many crimes are stopped daily by the law-abiding using their legally owned firearms.

The Supreme Court in its Heller decision recognized that the AR-15 and similar rifles are in common use for recreational shooting, hunting, and for self-defense by both civilians and law enforcement, and that the 30-round magazine is also a common attribute. There are more than three million AR-15s in private ownership. It is time to stop chasing that red herring and focus absolutely on the evil in the shooter.

You have the obligation and right to protect yourself and your family under the Second Amendment, wherever you may be. Demand that right be honored by every state and locality.

Do not fear evil. Focus on preparedness, and prepare to meet evil where and when it happens.