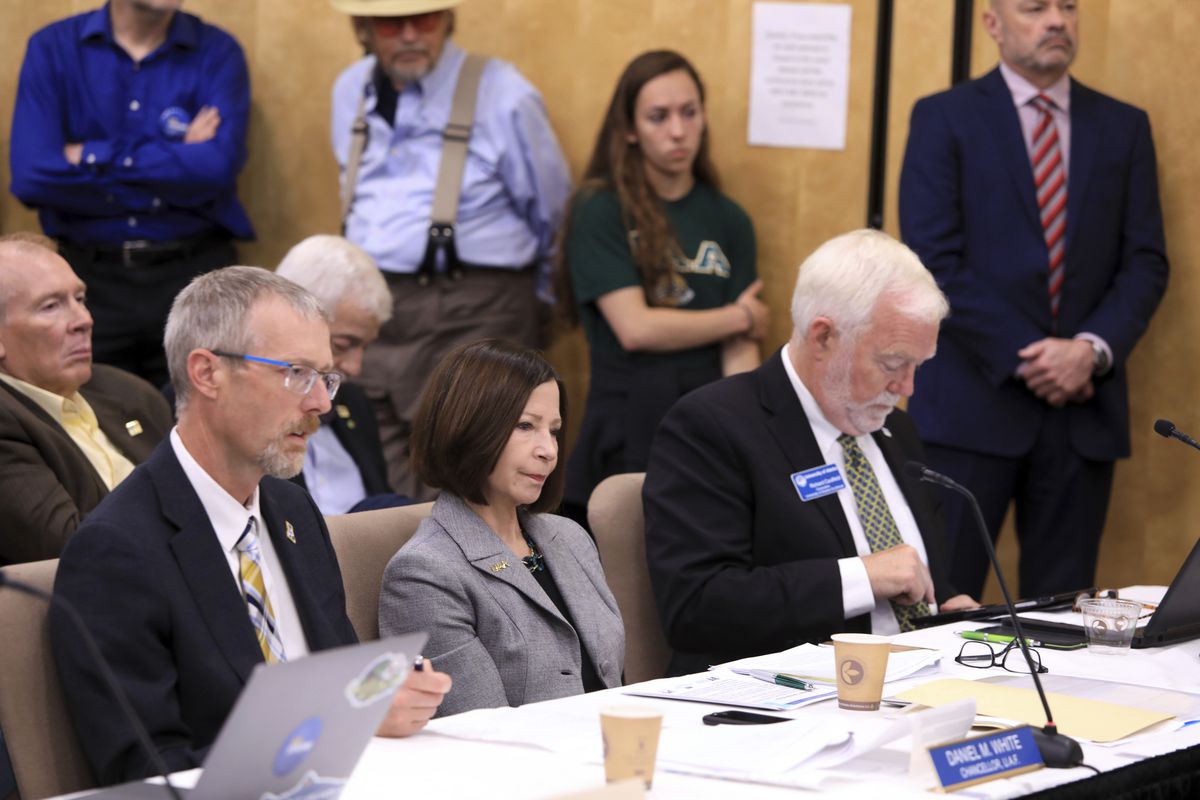 Joel Cutcher-Gershenfeld’s Sept. 26 op-ed regarding the results of his survey on restructuring higher education in Alaska painted a misleading picture of support for University of Alaska Statewide’s plan for “one UA.”

The assertion that the Board of Regents indicated it was just “exploring a shift” to single accreditation is nonsense. Throughout the summer, that was the plan. Sept. 12 was supposed to be the day the plan was adopted. It was only in the face of massive public resistance that the board voted on Sept. 13 to consider “multiple options” for restructuring.

The survey itself can’t survive scrutiny. First, you could fill it out as many times as you wished (ballot stuffing). I filled it out twice myself because I was not sure whether my first entry was going to count or not. I know I’m not the only one to fill it out multiple times.

The questions were designed to measure levels of concern or assessments of ease or difficulty regarding achieving certain goals. But there was absolutely no way to discern what the respondents were concerned about or what underlay their presumptions about how hard or easy a particular task might be to accomplish by their answers.

One example should suffice. We were asked to gauge our level of fear that the system might become dominated by a single university. I gave this a 10 (highly fearful) because I fear absorption by Statewide. However, I can easily imagine faculty at the University of Alaska Fairbanks responding that they were equally fearful of domination by University of Alaska Anchorage. All the question does is register our fear. What we’re actually fearful about is unknowable. Meanwhile, others either trying to game the system or avoid being gamed gave neutral responses to all the questions.

The survey is pitched as a broadly based consultative tool of “key stakeholders” to get a wide sample of opinion and receive broad input into the process. In truth, it’s part of a Kabuki theater of events staged over the summer to provide the illusion of consultation for a decision that was pre-determined (“one UA”). Cutcher-Gershenfeld served as stage manager of the Kabuki theater on behalf of UA Statewide and was compensated for his efforts.

Interestingly, though, one effort Cutcher-Gershenfeld presided over during the summer did produce a unanimous document. In August the President convened a number of “working groups” to consider “academic change structure management.” This was the heart of the Kabuki theater, designed to “prove” that faculty, staff, administration (although no students) had been consulted prior to securing the decision of the Board of Regents to ram together the three universities into one on Sept. 12.

Faculty on the Arts, Humanities, Social and Natural Sciences working group, objecting to this process, came up with their own document calling for a true deliberative process, paced over two years, to explore multiple options for restructuring. It asked UA administration to grapple with the two greatest challenges we currently face by empowering the university chancellors to plan for the $45 million in budget cuts still to come and secure the reaffirmation of accreditation for UAF. The report was signed by all 43 members of the group (from UAF, UAA and UAS). More than 300 faculty, staff and administrators from all three universities have gone on to endorse it, including many program and department chairs and directors and all three faculty senates.

Cutcher-Gershenfeld contended that lack of unity within UA was distracting us from the need to urgently deal with issues facing us and embrace the “one UA” concept he believes to be the only solution. As he saw with his own eyes, however, and yet somehow failed to mention, is that “key stakeholders” from all three universities are in fact united behind a plan to deal with declining levels of state support and to pursue a method of restructuring higher education without sacrificing access for Alaskans or the ability of our students to succeed.

It’s just not his.

Paul Dunscomb serves as chairman of the Department of History at the University of Alaska Anchorage.