Is it time for a casino in Anchorage? The mayor says yes. 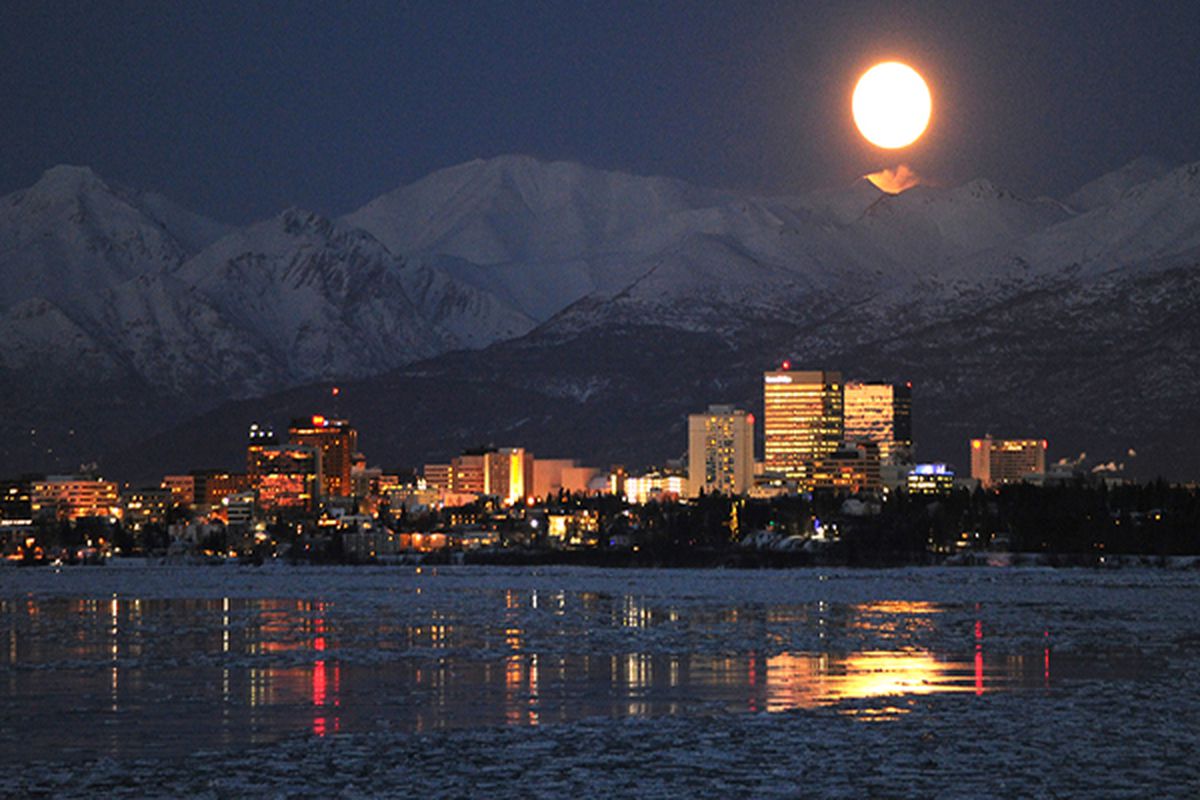 The federal Indian Gaming Regulatory Act is a complicated statute. And past efforts to bring casino gambling to Anchorage are mostly forgotten. But today, the policy consequences for residents of the municipality are potentially significant enough to make explaining a recently filed lawsuit that involves both worth a try.

As former Anchorage Daily News reporter Kim Rich describes in her memoir “Johnny’s Girl,” “Throughout territorial times, nearly every local club (in Anchorage) had its one-armed bandits and cash pay-off pinball machines” and “despite being against the law, in the late 1950s gambling could be found all over town in a half dozen or more small, after-hours gambling joints that opened when the bars closed.” Into the 1960s and ’70s, Kim Rich’s father and other denizens of what passed in Anchorage for the underworld continued to operate gambling joints. But they were small-time operations, about which no one other than the patrons and occasionally the Anchorage Police Department much cared.

Aware that gambling was pervasive in Anchorage and elsewhere, in 1960, the Alaska Legislature legalized a small part of it by passing a bill that authorized nonprofit organizations to sponsor bingo games, sell pull-tab cards and hold lotteries and raffles such as the Nenana Ice Classic. However, to placate critics who argued that the bill would “throw the 49th state open to big-time gambling,” a provision was added that prohibited “the use of any playing cards, dice, roulette wheels,” and “coin-operated instruments or machines.”

Today, bingo games, the sale of pull-tab cards, and lotteries and raffles annually earn almost a hundred million dollars. But all other forms of gambling remain illegal.

In 1990, a statewide ballot initiative was voted down whose passage would have allowed gambling casinos.

In 2004, Anchorage furrier and World Series of Poker player Perry Green paid a lobbyist Dream Team — Joe Hayes, Ashley Reed, Kate Tesar and Wendy Mulder — $100,000 to persuade the Alaska Legislature to enact a bill whose passage would have allowed Green to convert the shuttered seafood plant in South Anchorage that now is occupied by the ChangePoint Alaska megachurch into a casino. What Green got for his money was a bill that narrowly passed the House and then died in the Senate.

Then in 2008, another statewide ballot initiative that the owner of the Darwin’s Theory dive bar in Anchorage sponsored was voted down.

Although those are the most significant events in the history of the state’s regulation of gambling, in 1988, Congress enacted the Indian Gaming Regulatory Act (IGRA). The act divided gambling into three classes. Bingo, the sale of pull-tab cards and certain card games are Class II. Most other forms of gambling are Class III.

The act also created a National Indian Gaming Commission (NIGC), whose chairman was authorized to approve gaming ordinances that allow an “Indian tribe” to operate a Class II or Class III gambling facility on the tribe’s “Indian lands.”

With no prior notice to the state, in 1993, the chairman of the NIGC approved a gaming ordinance for the Klawock Cooperative Association (KCA), an organization that a “group of Indians having a common bond of occupation in the fishing industry” in Klawock had created, and the secretary of the Interior had approved, in 1938. He did so because an attorney who represented the Bureau of Indian Affairs had advised the chairman that the members of the KCA were an “Indian tribe” and a defunct salmon cannery the U.S. owned in Klawock where the KCA wanted to open its gambling facility qualified as “Indian lands” because the cannery buildings were a “dependent Indian community,” and hence “Indian country.”

Gov. Wally Hickel did not challenge the validity of either of those legal conclusions. Nor, in 1994, did Tony Knowles.

As a consequence of Gov. Knowles’s acquiescence, Native organizations considered the situation in Klawock a template precedent and by 1995, Native organizations in five communities that had been designated as Native villages for the purposes of the Alaska Native Claims Settlement Act had submitted gaming ordinances to the chairman of the NIGC.

One of those organizations was the Native Village of Eklutna, an organization that, unlike the KCA, had no legal imprimatur. The group submitted a gaming ordinance whose approval by the chairman of the NIGC would allow them to open a Class II casino on an Alaska Native allotment located down the road from the North Birchwood exit on the Glenn Highway inside the Municipality of Anchorage.

For a parcel of land to qualify as “Indian lands,” the IGRA requires an “Indian tribe” that submits a gaming ordinance to “exercise governmental power” over the land. When an attorney representing the BIA advised the chairman of the NIGC that the NVE did not exercise governmental power over the allotment in Birchwood, the NVE withdrew its gaming ordinance to prevent the chairman from issuing an adverse administrative decision.

Twelve years later, in 2007, the NVE resubmitted its gaming ordinance. But when Sen. Lyda Green, the president of the Alaska Senate, and Rep. John Harris, the speaker of the Alaska House, submitted written comments to the chairman of the NIGC that demonstrated that the members of the NVE were not an “Indian tribe” and the allotment in Birchwood did not qualify as “Indian lands,” the NVE again withdrew the ordinance.

Another nine years later, in 2016, attorneys in the Anchorage and Washington, D.C., offices of Sonosky Chambers, the law firm that since 1995 had represented the NVE, tried a different tack. In the waning months of the Obama administration, they asked officials at the Washington, D.C. headquarters of the Department of the Interior to issue an administrative decision that would “confirm that the site where the NVE proposes to conduct gaming, the Ondola Allotment, qualified as ‘Indian lands’ pursuant to the Indian Gaming Regulatory Act.”

Whether the allotment qualified as “Indian lands” was a question of law. But after the Obama administration officials to whom the request for an “Indian lands” determination had been made were replaced by Trump administration political appointees, the attorneys at Sonosky Chambers tried to influence the outcome of their legal analysis by arranging for Congressman Don Young and Anchorage Mayor Ethan Berkowitz to send James Cason, the new Associate Deputy Secretary of the Interior, letters of support. In his letter, Congressman Young expressed his “strong support” for “NVE’s Indian lands determination” because the NVE’s Class II casino would “bring much-needed economic development to the Anchorage and Matanuska-Susitna areas.” In his letter, Mayor Berkowitz told Cason that, “as Mayor of Anchorage,” he supported the NVE’s “tribal gaming project.” He also vouched that “the Municipality of Anchorage supports the Tribe’s goals of economic self-determination.”

The congressman and the mayor did not announce publicly that they had sent letters, nor did the mayor apparently consult the members of the Anchorage Assembly before he communicated the Municipality’s support for the opening of a Class II casino inside the municipality.

In the end, the Sonosky Chambers attorneys’ attempt to use Congressman Young’s and Mayor Berkowitz’s support to politically influence the Department of the Interior’s legal analysis came to naught in June 2018, when Acting Assistant Secretary of the Interior for Indian Affairs John Tahsuda announced that the allotment in Birchwood did not qualify as “Indian lands.”

In response, last August the Sonosky Chambers attorneys filed a lawsuit in the district court in Washington, D.C., in which the NVE challenged the legal validity of Tahsuda’s decision.

After the lawsuit was filed, when Attorney General Kevin Clarkson was asked what Gov. Mike Dunleavy’s position is regarding whether the members of the NVE are an “Indian tribe,” whether the allotment in Birchwood qualifies as “Indian lands,” and whether he thinks a Class II casino operating inside the Municipality of Anchorage is a good idea, his spokeswoman responded that “We are aware of this matter and its potential implications to the state, and are looking into it.” As of this writing, the attorney general and the governor still are doing that.

Independent of the legal issues, whether the time has come for a gambling casino in Anchorage is a policy question about which Anchorage residents can have differing opinions. But in deciding what you think, a concluding matter merits mention.

In their letters, Congressman Young and Mayor Berkowitz said they had been told that what the NVE has in mind is a “modestly sized Class II casino.” But will it be?

Although Class II forms of gambling are principally limited to bingo and the sale of pull-tab cards, in response to pressure from Indian tribes in the coterminous states in 2002 the NIGC changed its regulations to allow video gaming machines whose software has been programmed to play bingo (rather than poker or to mimic a spinning reel slot machine) to be a Class II form of gambling. As a consequence, there now are casinos on Indian reservations whose gaming floors are full to bursting with beeping and blinking Class II machines.

A good example is the Lytton San Pablo Casino that the Lytton Band of Pomo Indians operates on its “reservation,” a former poker room and adjoining parking lot located a 10-minute drive up the freeway from Berkeley, California. The 1,500 Class II machines on the casino’s gaming floor annually earn the Lytton Band $175 million.

If there are Anchorage residents who want to sit for hours on end losing their money by repeatedly punching the button on a Class II video gaming machine that a parakeet could be trained to punch with its beak, that’s fine with me. What is less fine is that Mayor Berkowitz took it upon himself to, with no public notice or discussion, commit the Municipality of Anchorage to support a casino that attorneys in the Department of the Interior twice have determined that it would be unlawful for the chairman of the NIGC to allow to operate.

That is not how the mayor nor any other public official should behave.

Donald Craig Mitchell is an Anchorage attorney and the author of two books on the Alaska Native Claims Settlement Act. He was also a former vice president and general counsel for the Alaska Federation of Natives.