Why I’m running for mayor 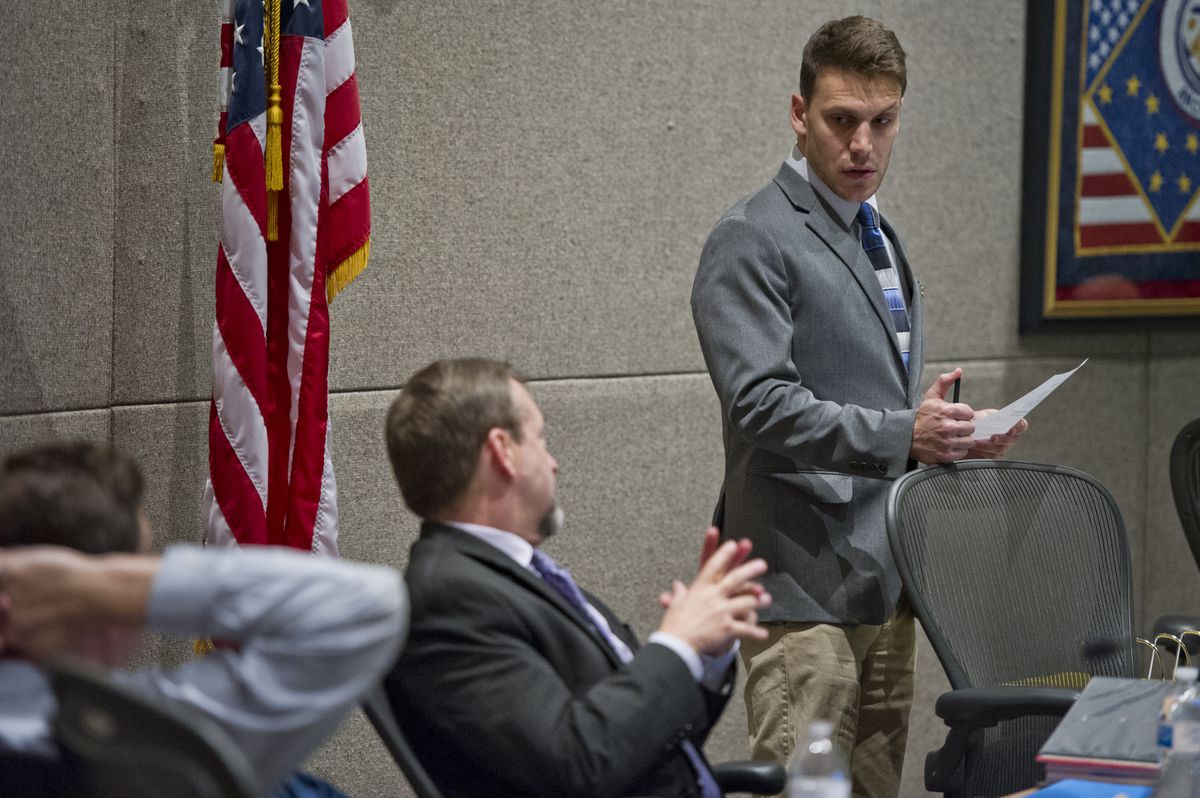 On Oct. 7, in a video shot down on the beach by the Coastal Trail, I announced I was running for Mayor of Anchorage.

In the video, I acknowledged that I am probably not the kind of mayoral candidate you might be used to: I’m a millennial. I was raised in rural Alaska. I’m not from a wealthy or powerful family. But I have a vision for Anchorage, and I hope it is a vision that we share.

A question I’ve been asked a lot since announcing my candidacy is whether I am running against Mayor Ethan Berkowitz. To be clear, I am not running against Mayor Berkowitz, who will reach his term limit in 2021. Indeed, during my years as an Anchorage Assembly member, including my time as chair and vice chair of the Assembly, I have worked closely with his administration. We have had our share of disagreements, but on many of our largest policy choices — rebuilding the Anchorage Police Department, making the city more financially self-sufficient, changing regulations to encourage affordable housing — we have been aligned. I was chair of the Assembly when we purchased the new police headquarters downtown, when we passed the Accessory Dwelling Unit revision, and when we finalized the ordinance that sent the Municipal Light and Power sale to the Regulatory Commission of Alaska.

So why am I running for mayor? I’m running because I believe in the future of Anchorage, and in our community’s potential as an exciting, safe, forward-looking city — a beacon of economic strength and quality of life in a state where the outlook remains tough. Anchorage should be a place where Alaskans of all ages want to live, study, work, raise a family and retire. We should also be a city that takes a leadership role in Alaska, because the future of Anchorage and of our state are undeniably intertwined.

Anchorage has come a long way in the past four years, but there is still much more work to be done. From revitalizing our downtown, to making real progress for people experiencing homelessness, to moving forward in a responsible way on repairs to the Port of Alaska, Anchorage is poised to take that next step. We have seen cities around the country recapture a sense of vibrancy and livability, and Anchorage has advantages few others can boast of, including a world-class parks and trails system, a deep indigenous history, and a diverse, rising generation of Alaskans ready to contribute.

Many specific policy proposals will be developed in the 18 months leading up to this election — and indeed, some of my and my team’s ideas might actually become a reality in that time. But here are a few to kick us off:

1. With the cooperation of the business community, we should turn portions of Fourth Avenue and E Street into pedestrian promenades. Other cities have done this with great success, and studies have shown that boosting foot traffic in this way increases safety and commerce, particularly in the evening.

2. We need to take advantage of the $40 million investment toward homeless services promised by our private partners over the next five years, and make our own commitments to substance abuse treatment, behavioral health, housing and other initiatives — such as early childhood care and education — that get to the core of this and other problems. Those private funds must not be seen as a replacement for state or municipal support, but rather as a complement to what we can do. We have a unique window of opportunity; we must not let it pass us by.

3. We should work to strengthen the city’s sense of indigenous place, in part through acknowledging original Alaska Native place names. We should improve signage, and continue to build better relations with the Eklutna Dena’ina and other tribal entities. Aside from being the right thing to do, this approach is also the economically smart thing to do; surveys have shown that the No. 1 desire from tourists in Anchorage is greater immersion in Alaska’s rich Native cultures.

Finally, it’s important that Anchorage avoid some of the chaos and division we have seen in Juneau and Washington, D.C. Through a combination of good people, structural advantages and institutional investment, the Anchorage Assembly remains a comparatively well-functioning body. We generally maintain a sense of cooperation, avoid grandstanding and strive to uphold the public interest. Our municipal government delivers basic public services such as snow removal, police protection and emergency medical services, and that will always be my primary goal.

I have enjoyed dedicating myself to municipal policy for the past three-and-a-half years, and this campaign is a continuation of that work. I feel blessed to have had the opportunity to serve alongside incredibly diligent, thoughtful pubic servants in the Assembly Department, both my fellow elected officials and the tremendous staff. I do not have to give up my seat to run, and I look forward to continuing our good work on the Assembly over the next year-and-a-half.

There’s no denying that we have been through some difficult times in recent years, but Anchorage is a resilient city. I am confident that our best days are still ahead, and I am asking for your support for mayor so that we can work toward a brighter future together.