Bringing Native history out of museums and into the spotlight 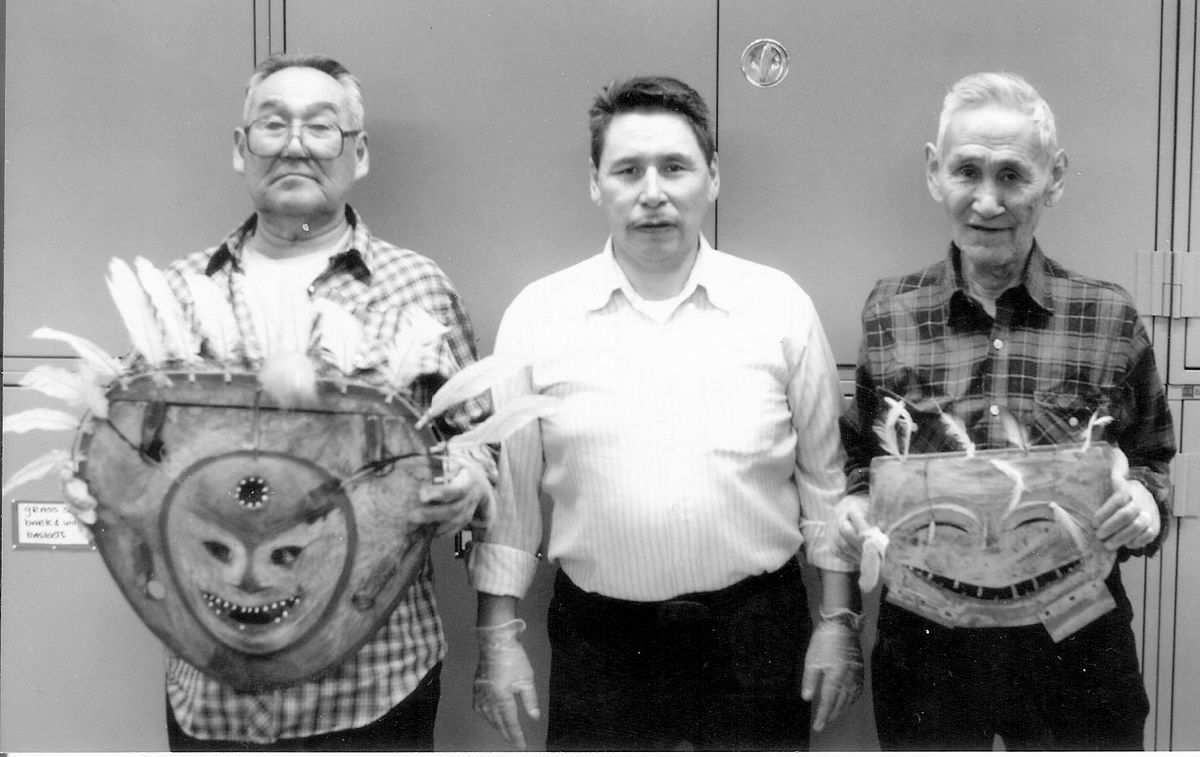 Thirty years ago, I was fortunate to accompany three men on a trip to Sitka. It was the first time any of us had been to Sitka, except for Wassillie Evan, who was sent there as a young man to recover from tuberculosis. The other two men were Andy Paukan and Willie Beans. They were all from the Lower Yukon River and all were Yup’ik. We were in Sitka to visit Peter Corey, the director of the Sheldon Jackson Museum. Wassillie, Andy and Willie had been chosen by their villages to view Yup’ik masks and artifacts in the museum collection. Their task was to select items that Peter would bring out to remote Mountain Village that November to be shown for three days at a large Yup’ik dance festival.

All of these men, and Peter Corey, are gone now. There are few of us remaining who recall that what they did was so unprecedented in 1989. Thirty years hence, it seems appropriate to remember them, especially because state budget discussions earlier this year questioned the very need for the institutions that made what they did, and what followed, possible.

It all began in 1982, when Andy and the village of St. Mary’s organized and pulled off the first modern gathering of multiple Yup’ik village dance groups — nine, to be exact. This Yup’ik Dance Festival was a deliberate effort to revive Yup’ik dance and preserve its place as a central element of village life. That first festival was underwritten by a small grant from the Alaska State Council on the Arts. The festival was held again in St. Mary’s in 1985 and was slated for Mountain Village in 1989.

Sometime around 1987, I saw a poster of a Yup’ik mask from the Sheldon Jackson museum identifying its place of origin on the Lower Yukon. It’s the large mask held by Wassillie Evan in the photo. I mentioned this to Andy, and eventually that precipitated a call to Peter Corey, asking about artifacts from the region in the collection of the museum. Peter said the museum had hundreds of Yup’ik items, many of which were masks collected by Sheldon Jackson in the late 1800s. It was a surprising revelation and led to an inquiry whether the mask on the poster and other artifacts could be temporarily returned to the Yukon-Kuskokwim Delta and displayed during the Mountain Village dance festival. We had no idea at the time how such a request was unusual, or that museums would be concerned about things like security, climate control, trained personnel, display cases and insurance. It quickly became apparent there was no way such a project could happen in a village. The request was abandoned.

The Sheldon Jackson Museum is Alaska’s first museum. In 1989, it had only recently become a part of our state museum system. Peter Corey contacted his boss Tom Lonner in Juneau and told him about the unusual request. Peter later wrote: “We both felt that the request was a legitimate one and exciting in concept.” They agreed to grant the request if the village constructed display cases and Peter packed, accompanied and stayed with the artifacts while they were in Mountain Village. A deal was struck.

When the question came up of who would select the items for the exhibit, we suggested sending elders from the region to pick the items to be displayed. Andy thought it was possible that some elders would still have specific knowledge about the artifacts. With support from a small grant from the Alaska Humanities Forum, Andy, Willie and Wassillie traveled to Sitka to select items for the exhibit. Never before had Native Alaskans come into the museum to curate an exhibit of artifacts from their own culture. Andy was also right — Willie and Wassillie as young men had used items similar to those in the museum and were familiar with stories connected to some of the masks. One hundred and seven items were selected and approved by Peter for travel to Mountain Village.

Modest funding from the Alaska Humanities Forum and the Alaska State Council on the Arts and the resourcefulness of the Sheldon Jackson Museum made it all happen.

Looking back thirty years it still amazes me that it all came together, but even more amazing is what followed. Six years after the Mountain Village event villages on the Yukon-Kuskokwim Delta collaborated with the Anchorage Museum to create an even larger exhibit of Yup’ik masks and artifacts assembled from museums around the state and the world. That exhibit — “The Living Tradition of Yup’ik Masks” — opened in Toksook Bay in 1996 on the Bering Sea coast and traveled as far away as New York City. Alaska museums have since hosted major exhibits from Alaska’s other Native cultures that were curated by representatives of those cultures. And then there is the Arctic Studies Center of the Smithsonian Museum, which generously moved Alaska Native art and artifacts long kept in storage in New York and Washington, D.C., to Anchorage, where they could be easily seen by all Alaskans.

I don’t know whether such collaborations between institutions and indigenous people were imagined before the Mountain Village event. Perhaps the wave was already rising in 1989. But certainly Wassillie, Willie and Andy were not thinking about any wider impact of their visit when they opened the drawers in the storage vaults of the Sheldon Jackson Museum. They were simply overcome with awe and gratitude that so much had been saved. Peter was equally surprised that valuable knowledge about the artifacts and masks in the museum was still living. It was a perfect moment. I felt privileged to be there.