Peace through strength in the Arctic 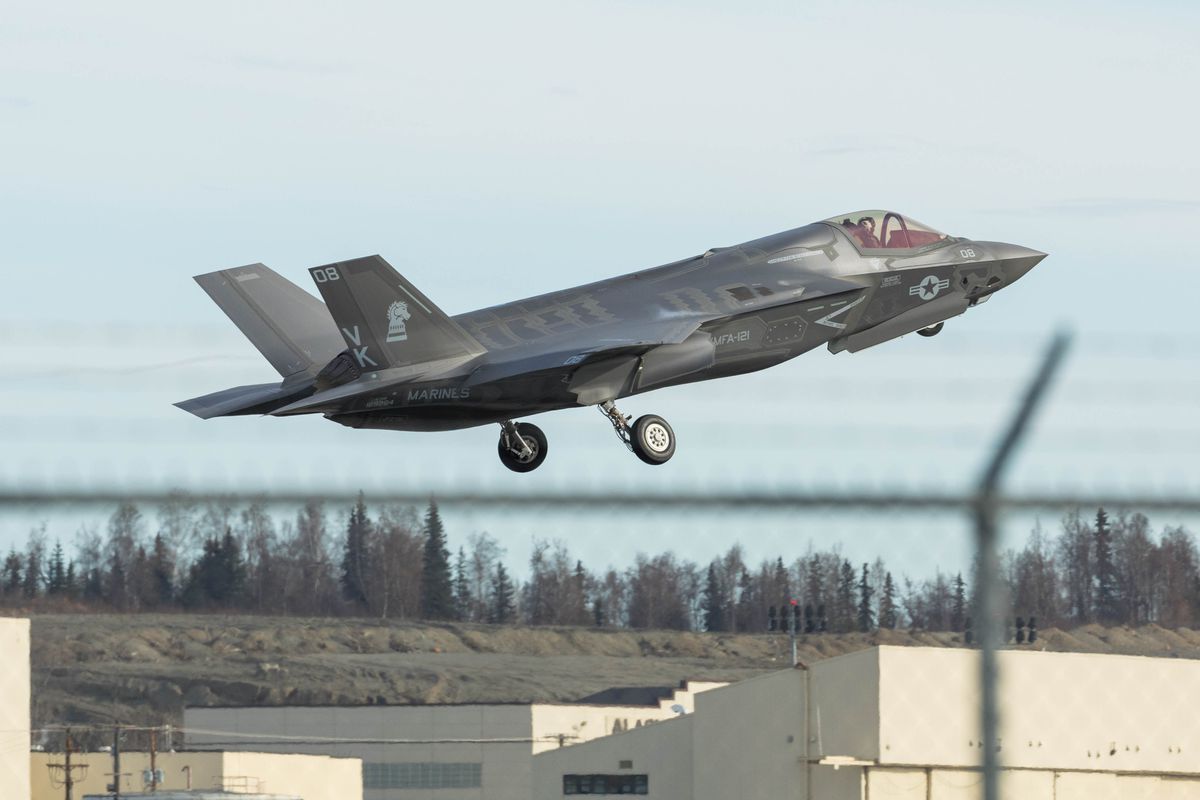 In September, the Army, Navy, Marines and Coast Guard participated in a major amphibious exercise where Marines stormed the beaches of Adak. It was the military’s first return to Adak in more than 30 years. This exercise is one of many examples of how the Alaska congressional delegation is working closely with the Pentagon to ensure that our military is prepared for future operations in the Arctic.

The issue is imperative. This once-stable region has become increasingly contested and militarized by America’s adversaries. Russia has conducted a Cold War-like buildup of its military in the Arctic with the hope of exploiting resources and controlling sea lanes vital for global commerce. Meanwhile, China has taken to calling itself a “near-Arctic nation” and is executing a long-term strategic plan for the region.

Unfortunately, because of the previous administration’s severe cuts to the U.S. military’s budget—25% from 2010 to 2016—our military’s readiness to keep pace with these threats plummeted. When I arrived to the Senate in 2015, only three of the Army’s 58 brigade combat teams were at the highest level of readiness. The Obama administration sought to cut an additional 40,000 Army troops from the ranks, including Alaska’s 5,000-person brigade combat team at JBER. As the only airborne brigade combat team in the entire Asia-Pacific and Arctic, this was a strategically dumb decision that would have wreaked havoc on Southcentral’s economy.

My staff and I devoted countless hours advocating for the reversal of this misguided policy with fellow senators and Pentagon officials, including placing a hold on the confirmation of the Secretary of the Army and the four-star general in charge of the Army. We convinced them to keep the brigade fully intact in Alaska, while laying the groundwork for the broader rebuilding of our military nationally and in Alaska that is taking place today.

I never tire of educating my colleagues on Alaska’s strategic location and how we constitute three pillars of America’s military might. We are the cornerstone of our nation’s missile defense, an expeditionary platform for some of America's best-trained troops, and the hub of air combat power for the Asia-Pacific and the Arctic.

In the past few years, our congressional delegation has secured nearly $1.4 billion in military construction investments for Alaska to build up these pillars. In fact, this weekend, I’m in Texas with Fairbanks and North Pole leaders to watch the first of 54 F-35 fighter jets headed to Alaska coming off the assembly line.

This story of progress is the same for the Coast Guard. As chairman of the subcommittee in charge of this service, I was surprised to learn of plans in 2015 to draw down Coast Guard assets in Alaska. Through relentless advocacy and placing a hold on the Coast Guard Commandant’s confirmation, we convinced Coast Guard leadership to bring more assets and tens of millions of dollars in infrastructure funding to Kodiak and Southeast.

And we’re finally making progress on icebreakers. In last year’s defense bill, I secured a provision that authorized the scheduled purchase of six polar-class icebreakers. Sen. Lisa Murkowski’s hard work on the Appropriations Committee ensured that the Coast Guard has the money to build the first of these, which is happening now.

Similarly, we are mandating that the Departments of Defense and Homeland Security designate a strategic Arctic port in Alaska that can handle Navy ships and polar-class icebreakers.

This administration is beginning to understand the strategic importance of our great state. Secretary of State Mike Pompeo recently said that we are entering “a new age of strategic engagement in the Arctic,” and that, through diplomacy and increased military investments, we must “sharpen” our focus on the Arctic. And Navy Secretary Richard Spencer, who recently made his second visit to Alaska in two years to observe the Adak amphibious exercise, has been a staunch advocate for a greater Navy and Coast Guard presence in the Arctic.

To be clear, our vision for the Arctic remains one of cooperation and opportunity. We want the best scientists working to study our unique climate and ecosystem. We want our people in the Arctic to have the leading voice on development in the area. Above all else, we want a peaceful region. But history has taught us that peace is most effectively achieved through strength and strength is shown—in part—with forward and consistent American presence. I am working relentlessly to this end by ensuring that we safeguard our nation’s strategic interests in the Arctic with more military ships, aircraft, personnel and infrastructure in Alaska. Together, we are beginning to make this vision a reality.

Sen. Dan Sullivan, elected in 2014, is Alaska’s junior U.S. senator. He is also a colonel in the United States Marine Corps Reserve, serving with the Marine Corps Special Operations Command.