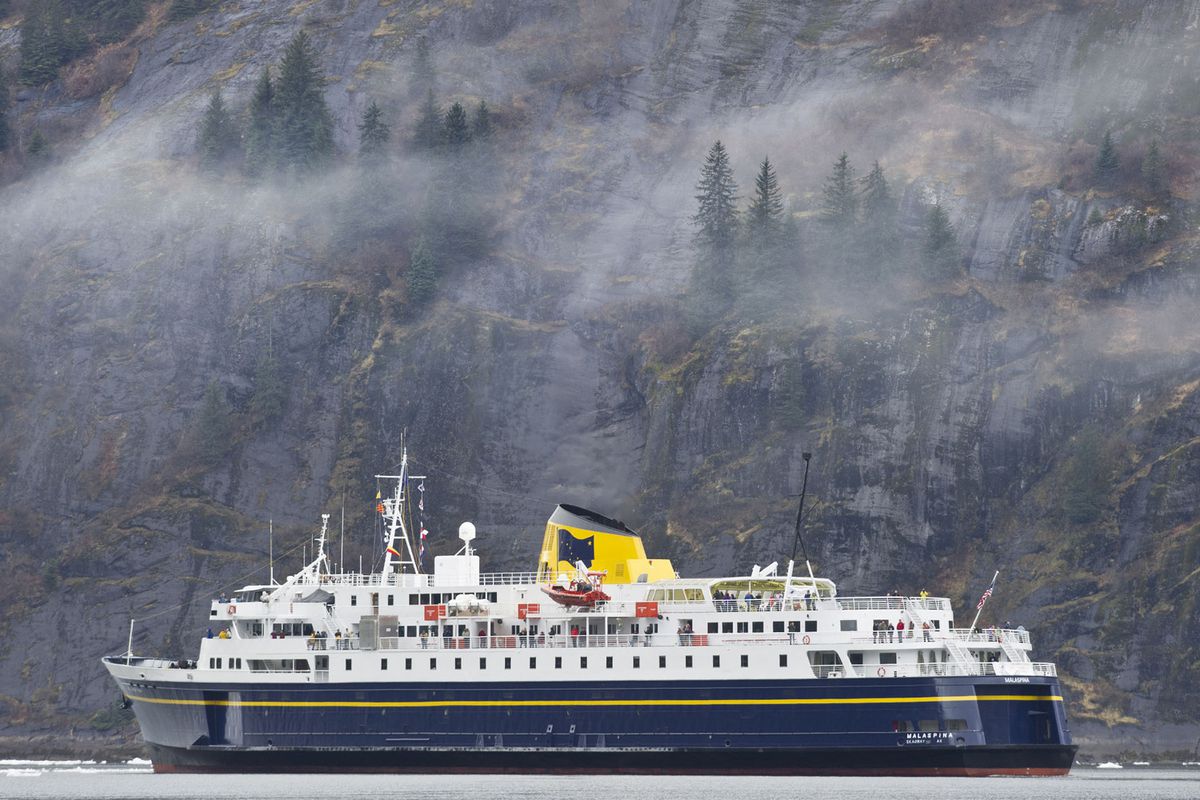 FILE – In this May 4, 2013, file photo, the Alaska Marine Highway ferry Malaspina cruises through Tracy Arm near Juneau, Alaska, as part of its 50th anniversary. State officials announced Thursday, Oct. 24, 2019, that the ferry will be put into "unmanned, long-term layup status" in January because there is no money to pay for repairs. (Michael Penn/Juneau Empire via AP, File)

FILE – In this May 4, 2013, file photo, the Alaska Marine Highway ferry Malaspina cruises through Tracy Arm near Juneau, Alaska, as part of its 50th anniversary. State officials announced Thursday, Oct. 24, 2019, that the ferry will be put into "unmanned, long-term layup status" in January because there is no money to pay for repairs. (Michael Penn/Juneau Empire via AP, File)

We know where the Alaska Marine Highway System has been, but the crucial issue is where it is going.

The AMHS came on line in the 1960s with three mainline vessels—the Malaspina, Taku and the Matanuska—designed to connect the roadless communities of Southeast Alaska with the Canadian highway system at Prince Rupert, British Columbia, then on to the Lower 48. The route to Bellingham, Washington, came later.

In the past 20 years, the ferry system has expanded, and last year served 33 coastal communities with 10 ships covering a good portion of Alaska’s 32 million miles of coastline. Now the schedule shows only four in operation, with one of those four set to be laid up indefinitely in January.

Today, due to budget constraints, the system is in a freefall awaiting the Dunleavy administration’s submission to the Legislature of an operational plan for the coming year. The plan is being prepared by the consulting firm of Northern Economics. Their report was due early in October but now is expected to be completed in December. It has been my observation that government agencies often look to consultants for answers that are already well known to those who are looking for expedient solutions.

The fact is that the AMHS is fundamentally flawed. It is a part of the state Department of Transportation, headed up by a commissioner who is also responsible for the state’s highways and airport maintenance and operation. Each of these entities require uniquely qualified personnel and many of the projects require considerable lead time, which is often compromised by the political reality of elections, as appointed personnel come and go and the project of the hour goes onto the back burner.

I believe the ferry system should now be taken out of the DOT and placed, as is the Alaska Railroad system, in a state-owned and -operated corporation with one single priority: operating the ferry system.

I have reviewed several past consultants reports on the AMHS and, almost without exception, they have recommended a state-owned corporation with an appointed board of directors who would concern itself with the operating of the system. Philip Spaulding, in his report to the state, said “the AMHS is a big business and it should be run as such. It should strive to be a profit center unto itself and serving Alaska."

Earlier this year, the state won its lawsuit against the U.S. Forest Service. The court declared that in the 2005 SAFETEA-LU transportation bill, Congress authorized the state to construct, operate and maintain roads and utility corridors to connect Southeast Alaska communities. This was a big win because it finally provided the state an opportunity to implement the 2004 Southeast Transportation Plan, which is the state’s current plan for Southeast.

As the 2004 plan calls for, the state may now construct roads to provide access to ferry terminals at the north and south ends of each Southeast island on the mainline ferry routes. This would allow people to drive from one end of an island to the other. Like the ferry at the Ketchikan Airport, day ferries would shuttle people and cars between islands. By eliminating overtime and the need for multiple crews for each vessel, implementation of this plan would dramatically cut the current cost of ferry operation in Southeast.

Equally important in the transportation business is to structure operations to attract increasing traffic from the population centers which feed the route system. That is why it is necessary to continue to maintain convenient scheduling to both Prince Rupert, as well as Bellingham. Both of these routes have their own attraction to visitors and Alaskans who want to come to Southeast Alaska and beyond. There is an opportunity to solicit a new type of visitor who wants to explore Alaska both by road and ferry. They could leave from Prince Rupert or Bellingham to Ketchikan, take the inter-island ferry to Hollis on Prince of Wales Island and with more than 100 miles of paved road to explore, then ferry either north or south on the AMHS for further adventure. This concept, if properly promoted, can provide new visitor opportunities for those communities along the way.

For those who really want the facts, I suggest they review Nickles and Spaulding, Naval Architects and Engineers, 1982 report, as well as the Southeast Alaska Transportation Plan of August 2004.

The tide is currently going out on the ferry system. Unless the administration, the Legislature and the communities which are served come together to support an effort to restructure and grow the system, the whole AMHS will soon be under water.