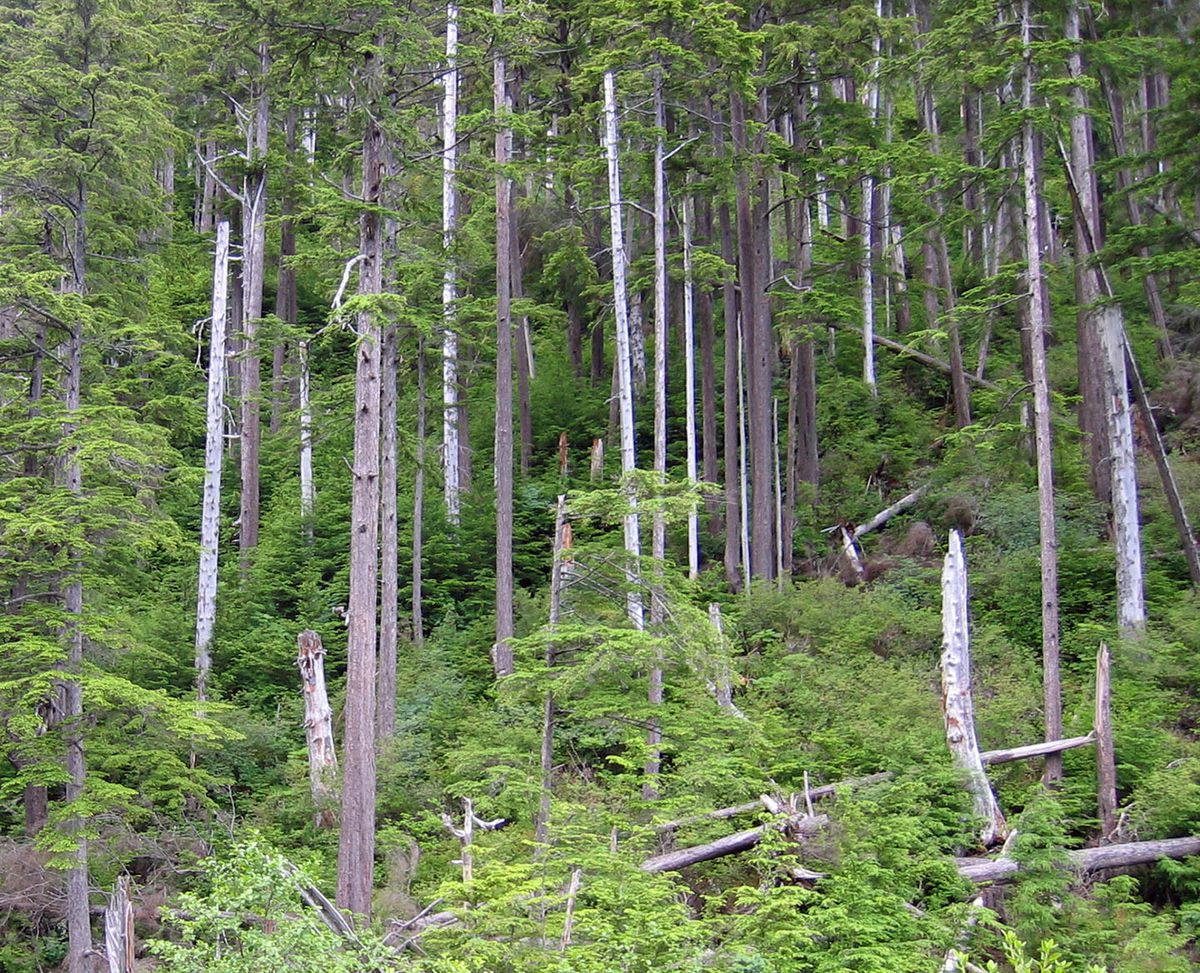 I fell in love with fly-fishing on my first trip to Alaska. From that very first cast on the Brooks River, I was hooked. I now live half-time in Alaska and have been lucky enough to fish on some of the most remote waters in Alaska.

One of my favorite places to fish, backpack and bird watch is in America’s largest forest: the Tongass National Forest. Filled with old-growth trees and some of the most robust populations of brown bears and bald eagles, this magical place seems straight out of a fairy tale. It also plays a crucial role in mitigating the climate crisis. As one of the last intact temperate rainforests in existence, it stores carbon, which means it can slow the accumulation of greenhouse gases in the atmosphere.

That’s why I was utterly dismayed to learn of the Trump administration’s decision to exempt the Tongass from the Roadless Rule and allow industrial scale logging of the ancient forest. Make no mistake: This foolhardy decision will allow 165,000 acres of old-growth forest to be clear-cut. Such a move threatens wildlife, fish habitat and the fisheries they support. This decision goes against years of collaboration between the U.S. Forest Service, Southeastern Alaskan tribes, outdoor recreation and fishing interests and local community members.

The decision to allow large-scale logging is a bad idea for the environment and climate crisis: destroying trees that will take hundreds of years to grow back and harming wildlife and aquatic species. Economically, it’s a bad idea: destroying a robust outdoor recreation economy and commercial fishing industry. (Timber contributes less than 1% to the Southeast Alaska economy compared to the 25% that the tourism and fishing industries contribute.) The decision is culturally insensitive: destroying traditional lands of the Tlingit, Haida and Tsimshian people, the original inhabitants of this land since time immemorial. They rely on these lands for cultural and traditional practices, including hunting and fishing. The decision also goes completely against public opinion: A poll earlier this year found that 75% of Americans support keeping the Roadless Rule protections in place.

The Tongass National Forest is too important to let this administration destroy. Please join me in speaking out against this reckless decision and speaking in support of the Tongass ’pristine waters and lands, wildlife, fishing and recreation economies, tribal and local communities and our cherished way of life.

Chris Hill splits her time between Haines and Washington, D.C. She is an avid outdoor adventurer and a member of Artemis, a sportswomen’s conservation initiative of the National Wildlife Federation.