Voting, or not, changes things 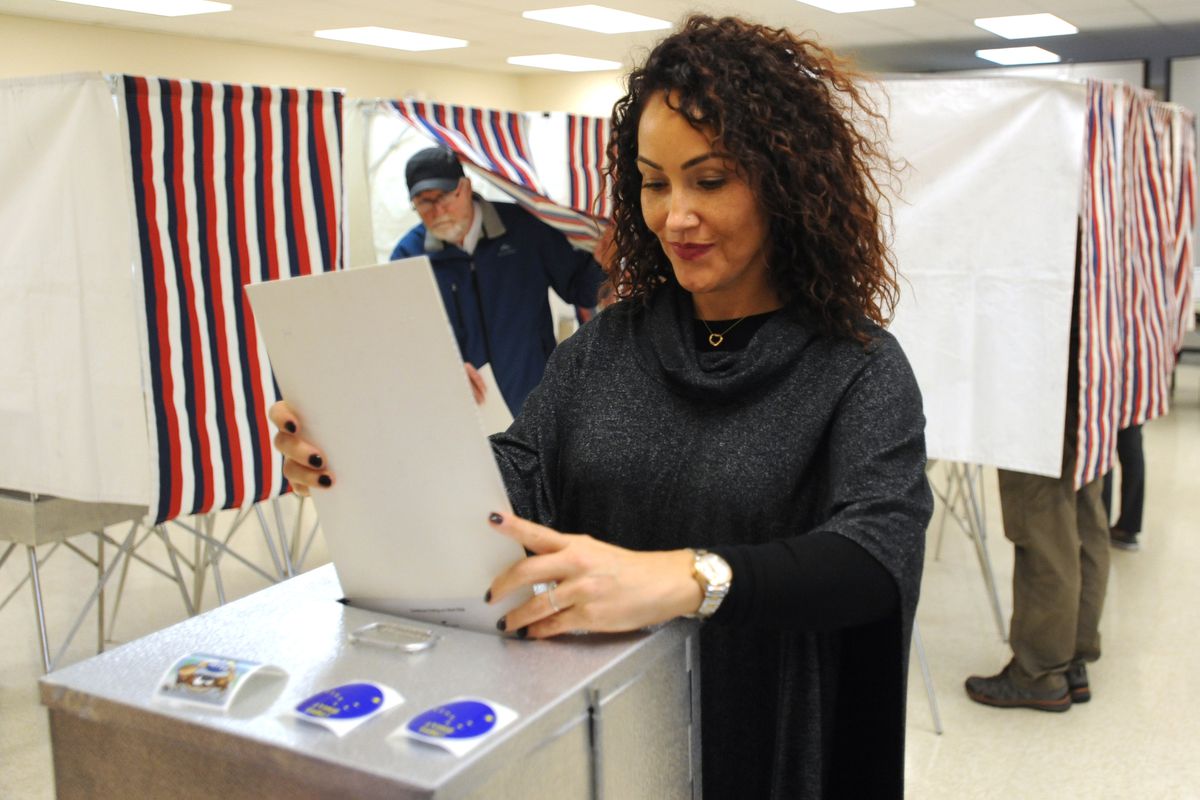 Michelle Marshall places her ballot into a ballot box as Brad Owens exits a voting booth while early voting for the general election which began on Monday, Oct. 22, 2018. (Bill Roth/ ADN)

Michelle Marshall places her ballot into a ballot box as Brad Owens exits a voting booth while early voting for the general election which began on Monday, Oct. 22, 2018. (Bill Roth/ ADN)

The grammatically incorrect statement, “My vote don’t count” ranks among the craziest things people of color could ever say. If you’re a person of color, don’t be a burden too hard for your sisters and brothers to bear — vote.

Dating back 45 years ago, when the Alaska Black Caucus was first formed, its leadership stressed the importance of voting. Arguably, since the mid-1970s, voting has become more important, yet less accessible. I can readily recall six examples of how American history would be vastly different if votes had not been cast.

• In 1776, the one vote cast by Caesar Rodney, who was dying of cancer, yet rode 90 miles on horseback to cast a vote for our independence from England.

• Our Civil War resulted in the 14th Amendment being added to the U.S. Constitution in order for black men, on paper, to be granted full citizenship,

• Post-Civil War Reconstruction only lasted a little more than a decade, due to the fact that although Samuel J. Tilden received more popular votes than Rutherford B. Hayes in the presidential election of 1876, Hayes was able to become president by cutting a deal with Southern Democrats who voted for Hayes in the Electoral College based on his pledge to remove federal troops from the South.

• In 1919, one vote in the U.S. Senate passed a resolution to amend the Constitution by sending it to the states for ratification of the 19th Amendment, which gave women the right to vote.

• If one vote per precinct in Ohio and California had been cast differently, Harry Truman would not have won the 1948 presidential election.

• Similarly, one vote in a number of precincts in several states allowed John F. Kennedy to be elected president in 1960.

Our failure to have an appreciation for the foregoing is why we have difficulty honoring our ancestors’ struggles, much less have an understanding of the gravity of current events. There are many clear, succinct reasons to register and vote:

• The ballot is stronger than the bullet.

• So you can complain with integrity.

• To set a good example for the younger generation.

So let me be frank with the citizens of greater Anchorage: The truth is, the reason the growing permanent underclass in America is overpopulated by poor folks of all hues is the failure to vote. By failing to vote, we are unable to demand better schooling for our children, with absolutely no hope of ever enjoying all the rights persons of means enjoy. The Alaska Black Caucus hopes to see you at this year’s free Bettye Davis African American Summit at Bartlett High School on Saturday, Feb. 29, where you can not only register to vote but also participate in an advisory vote to name one of three schools — East High, Airport Heights Elementary or Fairview Elementary — in the Anchorage School District after long-serving school board member Sen. Bettye Davis. You can register today at EventBrite.

Celeste Hodge Growden is president of the Alaska Black Caucus. She lives in Anchorage.