Not your ordinary fiscal crisis 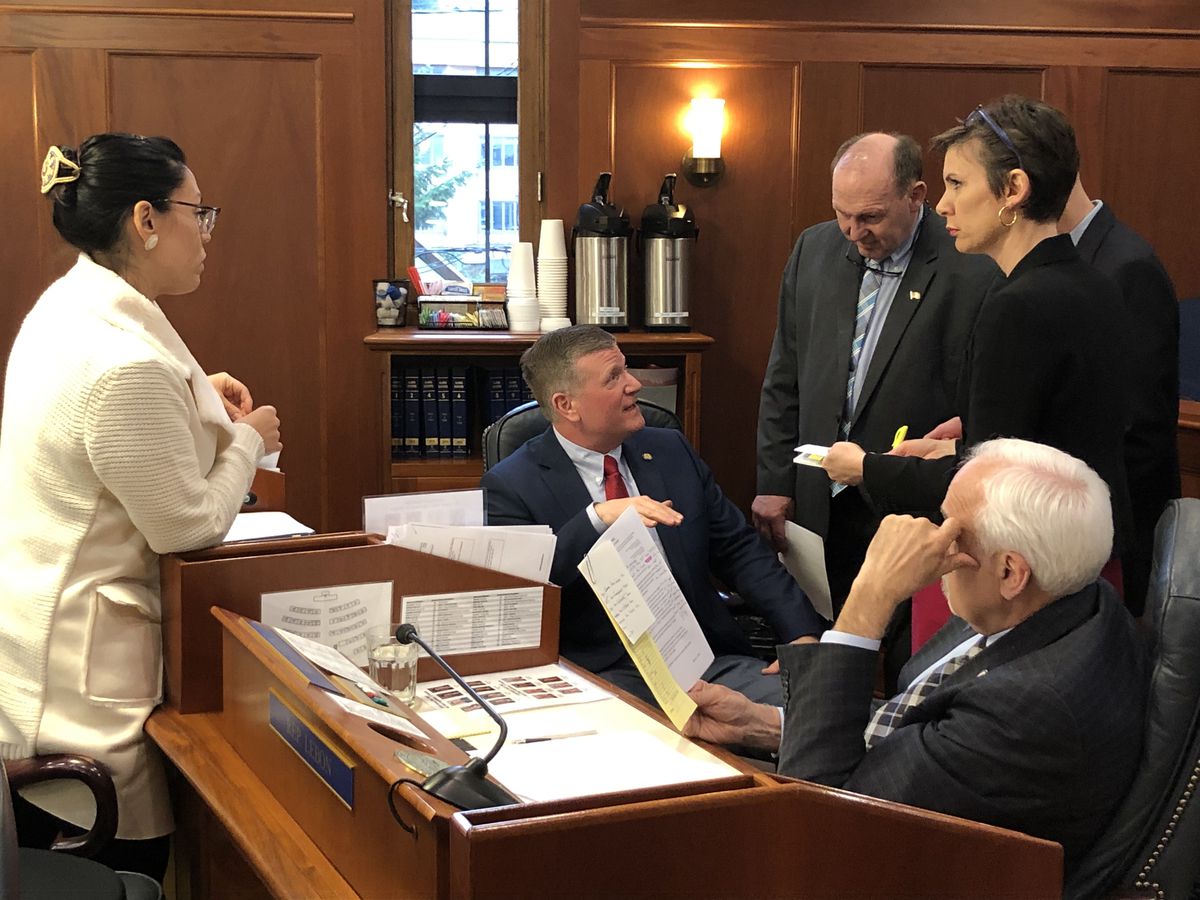 In the shadow of the COVID-19 pandemic and a consequent worldwide recession, Alaska legislators have self-isolated in Juneau, communicating with the public remotely. This is an abnormal and worrisome time. We want them to complete the essential work of the session and be able to go home.

Using the 40-year-old statutory formula to calculate the amount of the dividend, the Legislative Finance Division has projected that the state’s budget deficit for the upcoming fiscal year will exceed $1.5 billion. Many of us have trouble visualizing a number that large. As a current example, take the governor’s proposal to raise $100 million from a state lottery. It would take 15 lotteries in a single year to raise $1.5 billion and close the fiscal gap.

Without action this session, $1.5 billion will be drained from the Constitutional Budget Reserve (CBR). That’s the state’s emergency rescue account, separate from the Permanent Fund. Budget analysts say the CBR should always be at least $2 billion. But unless legislators cure the fiscal crisis this session, the CBR will be reduced to $500,000, one quarter of the needed amount.

What if COVID-19 does strike with a vengeance, or climate change increases food insecurity in villages, or next summer. the forest fires we saw last year become overwhelming? Life is far too uncertain for the state to drain its emergency rescue account.

Recently, in recognition of the urgency of the fiscal crisis, the Trustees of the Alaska Permanent Fund Corporation, normally an apolitical group, added their voices to a growing chorus (Resolution 20-01). On March 5, Craig Richards, chairman of the Trustees, announced that payments from the Permanent Fund earnings are endangered. He recommended “that the State put in place a structure that minimizes that risk before a series of bad market events result in payment shortfalls.”

That warning was on March 5. Since then, the stock market has tumbled and a worldwide recession is looming.

The root of the problem as set forth by the Trustees is the conflict between (1) the statute that set the amount of the dividend 40 years ago, and (2) the percent-of-market-value statute adopted in 2018 to provide the state with sustainable annual revenue from the Permanent Fund Earnings Reserve Account. If the market falls repeatedly, Permanent Fund earnings would be reduced to the point where “we couldn’t fund the government and we couldn’t fund people’s dividends.”

The Trustees’ warning came with some useful advice, offering the legislature realistic solutions. The first of which was: “Transform by constitutional or statutory amendment, the Alaska Permanent Fund and the (Permanent Fund) Earnings Reserve Account into a single fund and limit the annual draw to the fund’s long term real return.”

House Joint Resolution No. 31 would do just that, using a constitutional amendment to combine the two parts of the Permanent Fund. Annual payments to the general fund follow the system adopted by the legislature in 2018 by passing SB 26. That bill established a percent of market value (POMV) system putting annual draws from the Permanent Fund on a sustainable system like that used by many institutions to manage large endowments.

Senate Bill 26 was just in time. Oil revenues dropped to $2 billion in 2018, but the POMV draw from the Permanent Fund (Earnings Reserve account) provided $2.9 billion, reversing a long decline in total state revenue.

Now, in implementing the Trustees’ proposal, the Legislature should pick up a piece of unfinished business from 2018. In developing SB 26, the 30th Legislature had intended to include language establishing a percentage for the dividend so it would be a stable ongoing amount of the POMV draw. But they had bogged down because, at that time, a few legislators still supported the traditional formula.

Now that the state is facing an immediate fiscal crisis specifically caused by a supersized dividend that would drain our emergency rescue account; now that the Trustees of the Alaska Permanent Fund Corporation have warned the legislature about effects of a “series of bad market events”; now that the size of the traditional dividend threatens the future of the dividend itself - now is surely the time to give the dividend a stable and affordable place in Alaska’s fiscal future. The dividend should grow as the Permanent Fund grows. This can be done by statutorily resetting the amount of the dividend, so it is a percentage the annual POMV payment.

Janet McCabe is a member of Alaska Common Ground and Commonwealth North. She has a master’s degree in urban planning from Harvard’s Kennedy School of Government, and has been following Alaska’s fiscal future since she and her husband came to Alaska in 1964.