Alaska after the apocalypse 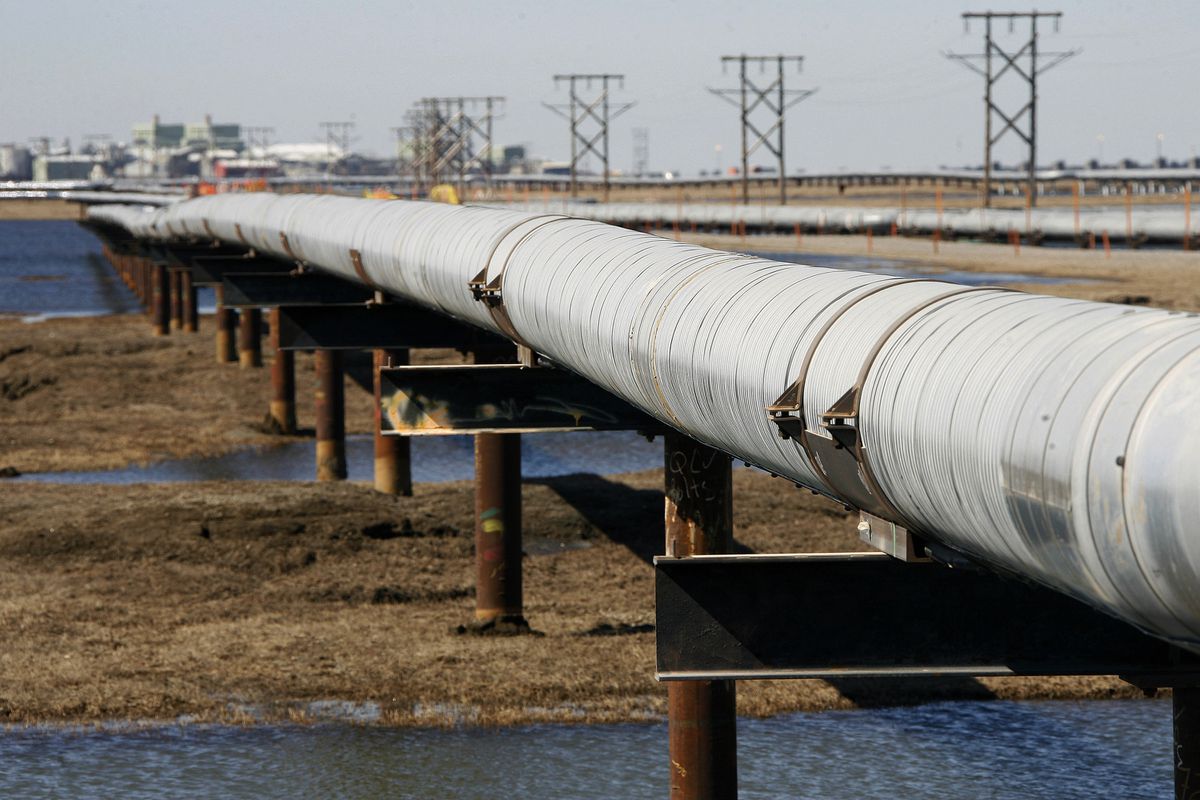 FILE - In this 2007 file photo, an oil transit pipeline runs across the tundra to flow station at the Prudhoe Bay oil field on Alaska's North Slope.

FILE - In this 2007 file photo, an oil transit pipeline runs across the tundra to flow station at the Prudhoe Bay oil field on Alaska's North Slope.

The state of Alaska is simultaneously facing two crises: a viral pandemic and the economic collapse of the oil industry. They present terrible prospects and challenges to us all, but they certainly force us to focus on what we must do to survive.

Two crises, one wrought by nature and one self-inflicted. Both challenge us to be smarter, better and stronger than we have been.

Are we up to the challenges?

If not, then this may spell the end of the shining promise of Alaska statehood. A mass migration south will leave a skeleton economy to those of us who remain, and our natural resources in the possession of Outside colonial forces, inevitably bent on leveraging our economic desperation to control both our economy and our political culture.

If we do rise to that challenge, we can be better -- much better -- for having survived these crises.

We believe that those who survive COVID-19 will enter a world with a deeper understanding of the power of sacrifice and of doing what needs to be done. Our willingness to collapse an economy to fight a biological siege will show that our public will can be brought to bear to overcome a crisis. That is affirming and powerful.

This would be a lesson that Alaskans could carry into the new resource development future that must evolve from our second crisis: the global collapse of the oil industry.

Alaskans need look no further than our own constitution to find their roadmap to the future. Article VIII, Natural Resources charges the legislature with providing “…for the utilization, development and conservation of all natural resources belonging to the State … for the maximum benefit of its people.”

To accomplish Article VIII’s intent requires the state of Alaska be a proprietor of its resources, not a “partner” of those who would exploit them.

It is time for new oil and gas resource policy that adheres to Article VIII — policy that serves the public interest and ensures maximum benefit is derived from severance of our resources.

We are now faced with the reality of what is a permanent decline in the global oil industry over the next decades. Alaska must refocus its hydrocarbon policy to reflect an “Alaska First” principle. As we both have noted throughout our careers, Alaska’s Legislature is the rightful board of directors for management of our oil and gas — not ConocoPhillips, BP, ExxonMobil or Hilcorp.

The state of Alaska needs a realignment of oil and gas tax policy that achieves the following results:

1. Fix a per-barrel of oil equivalent (BOE) revenue floor to ensure that Alaska’s most basic government and emergency operations can continue in the event of a cratering of oil prices. The level of this severance tax floor can be set only after thorough analysis, but might be in the range of $3-$5 per BOE.

3. Return to a gross tax based on a wellhead value of price minus reasonable transportation costs. A permanent decline in oil prices suggests that a gross tax benefits Alaskans more than a net production tax.

5. In future lease sales, establish short lease terms and enforce these terms to prevent “banking” of speculative leases by lessees.

6. Maximize leasing revenue in the future by establishing a minimum royalty of 20%, matching that of most private mineral owners.

8. To limit backsliding in future years, the Legislature must define what is a major resource policy action, require a commissioner’s finding that a proposed major action complies with Article VIII’s intent, and require legislative approval of that finding through a Joint Resolution before the action is taken.

Robert LeResche was Commissioner of Natural Resources during the Jay Hammond administration and was at the forefront of shaping natural resource and oil and gas leasing policy at the genesis of Alaska’s oil era.

Elstun W. Lauesen was a socioeconomic specialist working for the State Pipeline Coordinator’s office under Commissioner LeResche and is retired after a 30-year career as a rural and community economic development professional.