Tough times arrive and Alaska’s cupboard is bare. Whose fault is that? 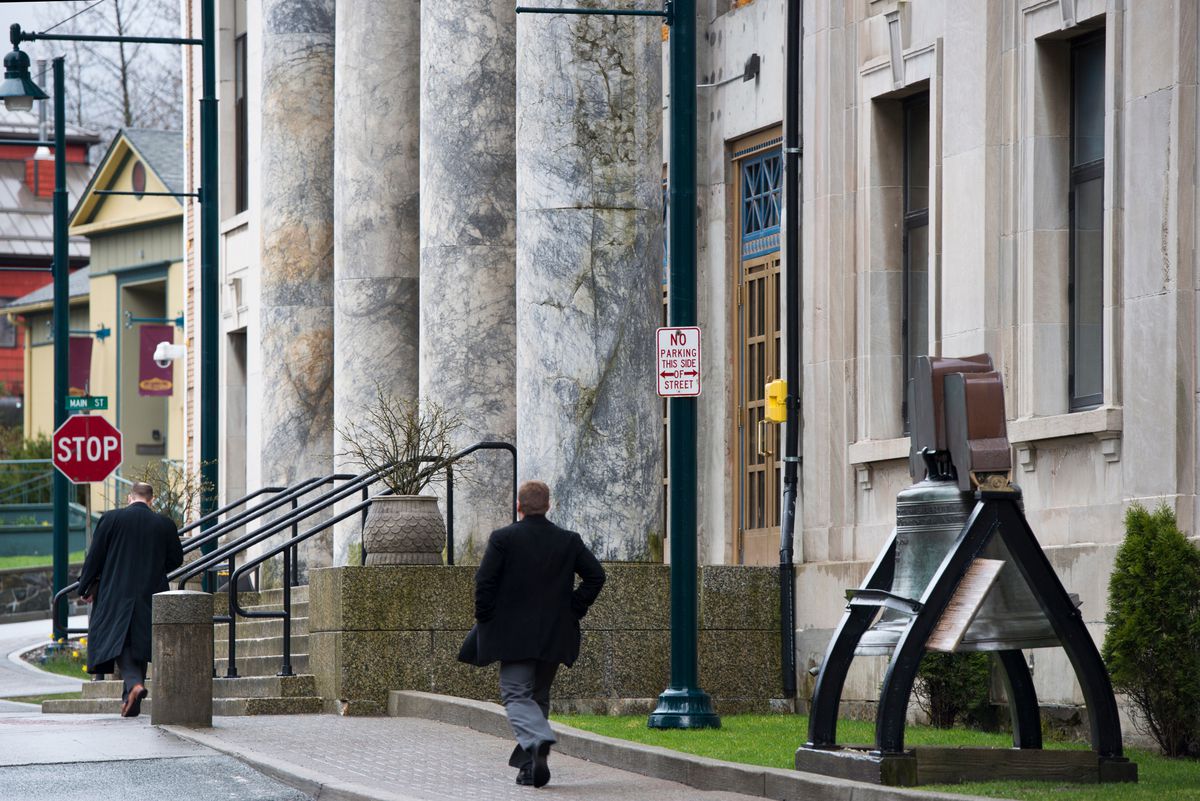 Representative democracy only works with accountability, so we should ask who put Alaska in the helpless state in which we now find ourselves.

I’m not talking about placing blame for the coronavirus. No Alaskan could control that. But state leaders should have anticipated that some kind of disaster was on its way — there’s always something — and saved reserves from 40 years of unprecedented oil wealth.

Five years ago, Alaska’s state government had more than $16 billion in ready cash sitting in budget accounts, not including the Alaska Permanent Fund. That’s about $53,000 per Alaska worker, just to give a sense of scale.

Today those savings accounts are essentially gone. At the current burn rate, the next year will bring balances down to minimums for cash flow. After that, the only option left is to overdraw the Permanent Fund.

But Alaska’s savings could have been a parachute in this economic freefall. Services Alaskans need in hard times could have been protected. Legislators could now be considering a tax cut instead of potentially being forced to impose taxes for the first time with Alaskans flat on their backs.

Writer Dermot Cole blogged recently that Alaska is facing four giant earthquakes at once. Every part of the economy is in chaos or collapse: oil, tourism, fishing, health care, small business. (The one that’s not is federal government, with its generosity now the basis of Alaska’s economic life.)

I have nothing to say about solving the economic problem. There is no solution. The economy and population will shrink. Times will be hard. After that, the future will be different, but that future still lies beyond the horizon and isn’t visible yet.

We can’t avoid change, but it didn’t have to be this painful. With ample state cash on hand, we could have managed the transition, with smooth steps down a steep slope rather than a rag-doll tumble over the rocks.

Unfortunately, the leaders we elected squandered that opportunity for their self-interest when they had the opportunity to solve the state’s fiscal crisis five years ago.

Late in 2015, Gov. Bill Walker proposed a plan that would have solved a yawning budget gap created by low oil prices. He asked for budget cuts, a sustainable percent-of-market-value draw from the Permanent Fund, a reduced dividend, a broad-based tax, reduced oil tax credits and other small taxes.

Walker’s plan was too complicated, but the basics were obvious and essential: cuts, the fund and new revenue from taxes and oil. We needed all that. The only other choice was to spend finite savings.

Each part of the plan had opponents, but Walker asked everyone to sacrifice together. Instead, legislators drew lines in the sand to defend their own. It was easy to take a stand, because failure just meant spending down the savings.

It’s hard to estimate what might have been, but if Alaska had followed Walker’s plan or one like it, I think we would have $5 billion to $7 billion in budget reserves now.

Legislators spent that money for their own petty political benefit. Now Alaskans pay the price.

A typically cynical player was a Republican state senator named Mike Dunleavy. He postured for future political advancement by opposing any revenue increases while calling for massive budget cuts that had little chance of passing. Tough stand. Result: spending savings.

Dunleavy left the Senate to run for governor without any tangible contribution to solving the problem. As governor, he tried the drastic-budget-cut idea again, this time with power to do it by veto. That self-made disaster produced a recall and he retreated, tail between his legs.

He still doesn’t have a solution.

Dunleavy’s lieutenant governor, Kevin Meyer, was Senate president with a super-majority, a position of great power, when Walker proposed his plan. The Senate opposed any taxes and fought a long delaying action on reducing oil tax credits. That cost mounted and still hangs over the state’s head today, about $1 billion worth.

At the time, the state’s oil production tax was producing negative revenue: Alaska was paying the industry to sell oil. The year Walker’s plan was being debated, we spent $264 million on that subsidy. (We did still make money selling on our own, royalty oil).

The Legislature dragged on into the summer of 2016 with only one option left on the table: a dividend cut and percentage draw from the Permanent Fund.

Republicans had narrowed the agenda, and Democrats refused to go along with a solution that hit only the dividend. Both sides preferred to use savings rather than compromise.

Walker then lowered the dividend by veto and started a pattern of reduced dividends that, at least, saved money in the fund that we have available today.

I don’t let the Democratic dividend hawks off the hook. Yes, the dividend helps the poor. But who will suffer most now, with a state going broke? Low-income folks benefit more from schools, health care, and public safety than from an annual check. A job is worth much more than a dividend.

Nor do I let wealthy fiscal plan campaigners off the hook. They gave up early. Ron Duncan, of GCI, and Jim Jansen, of Lynden, led a business group demanding a solution in 2016. But they lost their enthusiasm after the Permanent Fund draw, with no action on taxes — which would have cost them personally.

Duncan and Jansen both gave to Dunleavy’s 2018 campaign as he espoused a mega-dividend they had to know made no sense and would make the problem much worse.

But let’s be clear about who had power and how they used it. Republican politicians spent our savings. Their no-tax, pro-oil philosophy left Alaska helpless in the face of today’s calamity.

Charles Wohlforth was an Anchorage Daily News reporter from 1988 to 1992, and wrote a regular opinion column from 2015 until January 2019. He is the author of a dozen books about Alaska, science, history and the environment. More at wohlforth.com.