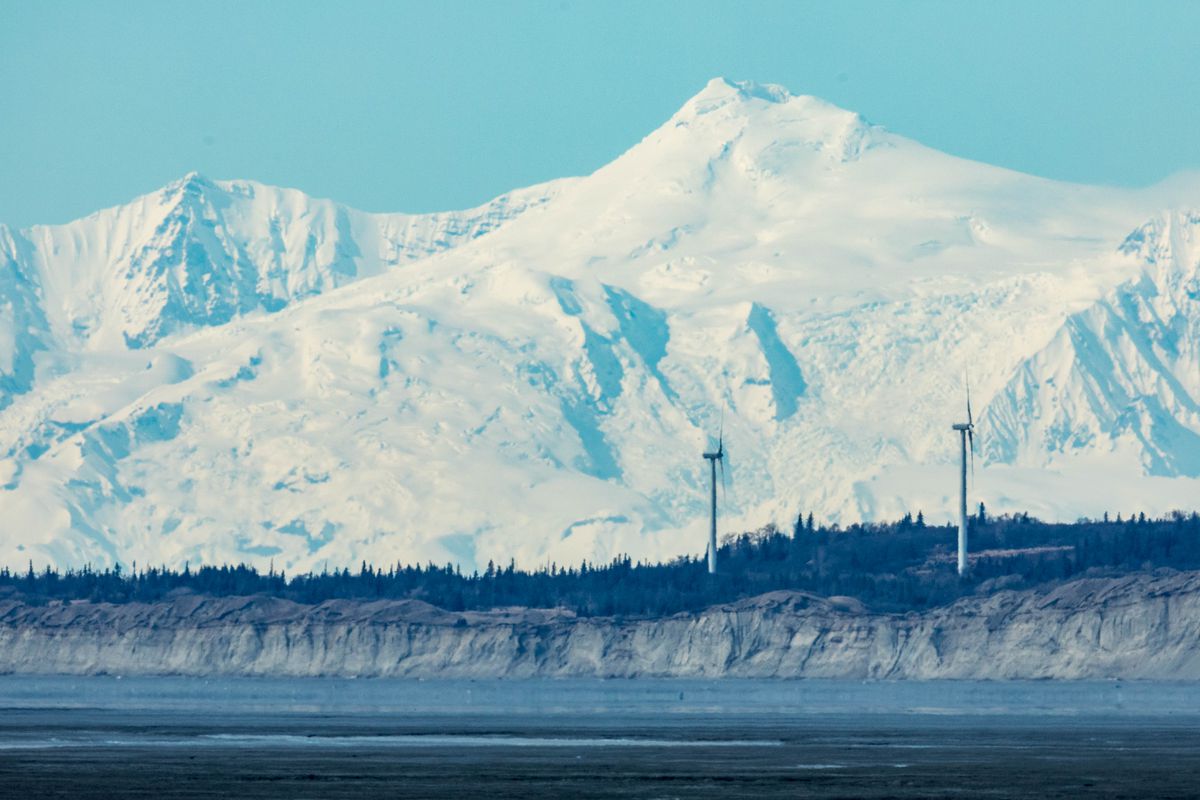 One of our most important challenges to our state is understanding our path to a sustainable future. Current debate often centers on what to do about the Permanent Fund, or where we are going to find needed revenue, or what further to cut from the state budget. But few offer concrete thoughts on what to do about the energy, and consequently, the economic future of Alaska.

It is important to remember our history, first. Even before we became an organized territory of the United States in 1912, mining was already a dominant part of post-Russian Alaska. Starting with the Klondike Gold rush and spreading through other parts of the state, mining created opportunity, wealth, and interest in what was previously called “Seward’s Folly.” With the discovery of the Prudhoe Bay oil field in 1967, we entered the new phase where oil played a dominant role in our economy and state revenue.

Oil and mining will always be a part of our economy. They helped to build this state. But as we look forward, what can step up to supplement and play a role as we continue to grow as a state while mineral and oil resources become more scarce? The clear answer lies in alternative energy sources.

Alaska is ideally suited to develop alternative energy resources, with many communities situated in remote areas removed from a larger energy grid, and population centers alike. Developing renewable energy infrastructure also presents as the opportunity to address many challenges we face, from creating economic opportunity to controlling costs as we pave the way for future infrastructure.

We already see pockets of success in various parts of Alaska, from communities like Wrangell and Kodiak existing on nearly 100% renewable energy production, to supplemental energy like the Tazimina Hydroelectric Plant that provides energy to Newhalen, Nondalton and Iliamna. A number of rural Alaska communities are also working with Tesla and other companies now to pioneer longer-term battery usage alongside smaller alternative energy efforts, which will significantly lower energy costs in these diesel-dependent communities.

In Anchorage, where Arctic Solar Ventures Corporation has already installed solar panels on some 300 homes, there are several key points of interest. If we are concerned about the viability of alternative energy as an economic engine, Arctic Solar is already one of the 500 fastest growing companies in the United States and the 8th fastest-growing energy company in the U.S. Its work has done the equivalent of removing 3.5 million driven miles of gasoline emissions from the air annually. Its work reduced the costs of energy for the Egan Center to only 5.5 cents per kilowatt hour. In June 2020 alone, the Egan Center’s solar system generated $7,500 in electricity.

Developing alternative energy infrastructure in Alaska is not some pipe dream, campaign slogan or partisan claim, it is something that has real benefits for Alaskans. It creates high-paying jobs regardless of the location. We have abundant sun, with more peak sun hours between March and October than California. When we overproduce energy during summer months, it relieves the conventional energy grid so it can shift production to off-summer months. Not only will the $25-$40/hour installation jobs have value, but the jobs in maintaining the equipment will remain for years to come. And then there are the secondary jobs. Arctic Solar hires some 50 subcontractors for its installations, from electrical and structural engineers to architects and field personnel. The value in reducing costs to Alaskan families as well as state budget operating costs are worthy of the effort.

Steps have already been taken at the state level to move us forward at developing increased energy efficiency. Legislation a decade ago led to retrofitting state buildings of 10,000 square feet or more to ensure energy efficiency, at no cost to the state as the contractor secured their payment through the initial cost savings. Now there is a bill in the Legislature (Senate Bill 49) to lower this threshold to 5,000 square feet, and other legislation (SB 48) to set energy targets for non-carbon fuels. But the state can do more with leadership from the Legislature. Improving energy efficiency at state facilities creates jobs and reduces costs.

Power Cost Equalization is a common target for budget cutting, but PCE and keeping energy costs low in rural Alaska is essential. We need to work with rural legislators to develop a long-term plan to reduce overall energy costs and develop a combination of alternatives, perhaps leveraging their pro rata PCE portion, to create sustainable and affordable energy in rural Alaska. Lower energy costs will free up opportunities to develop local economies and reduce community instability and disruption - this is good for all Alaskans.

Aside from lowering costs and creating new economic opportunity, investment in alternative energy infrastructure provides needed stability in our unstable times. Renewable energy investments have very predictable rates of return, in the vicinity of 10%-11%. This provides more opportunity for the state to provide attractive investment opportunities while also enhancing state revenue opportunities.

We know our history, and our future is uncertain. But a certain future takes planning and vision. Developing alternative energy infrastructure in our state requires both. If we are looking for a way to reduce costs and create economic opportunity, alternative energy provides a very solid opportunity with a developing track record of success in Alaska.