Is Alaska an owner state or a donor state? 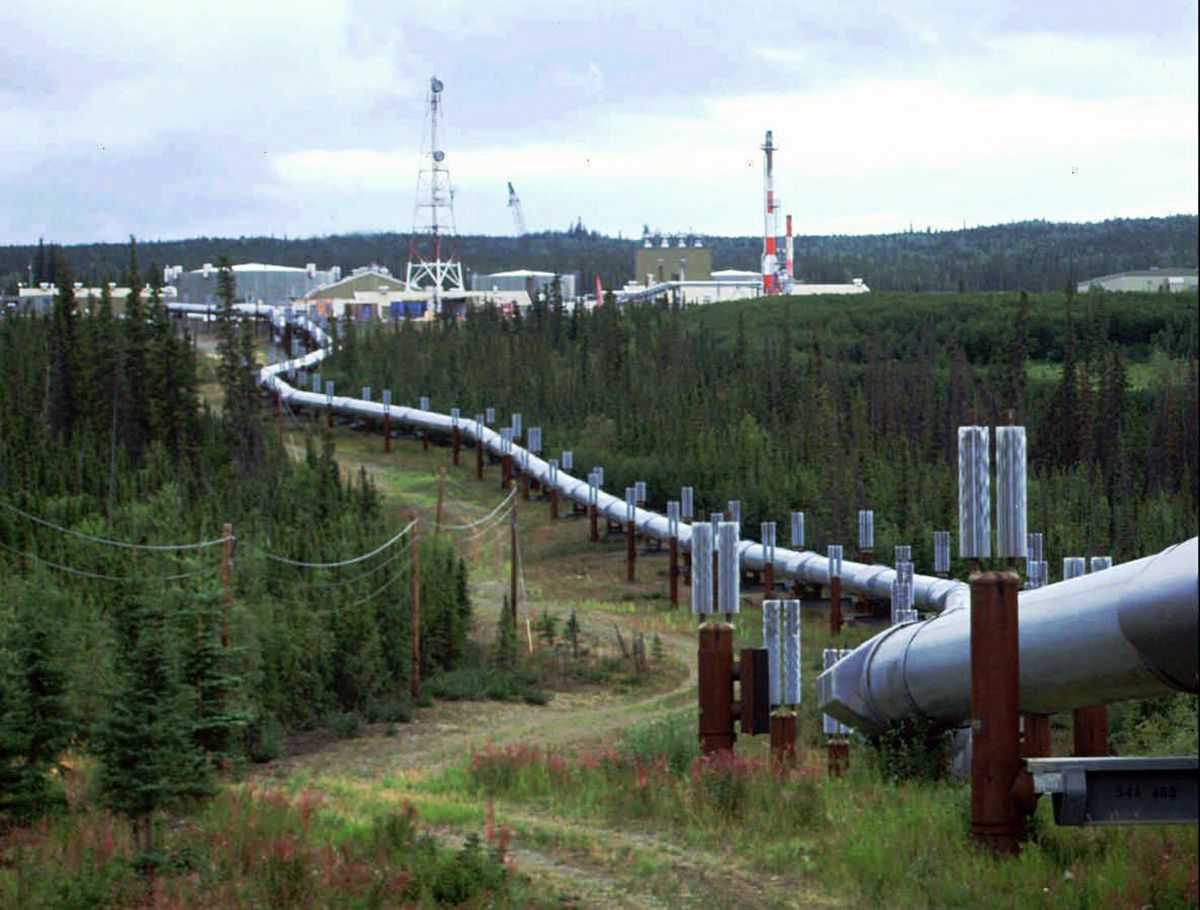 FILE - This undated file photo shows the Trans-Alaska pipeline and pump station north of Fairbanks, Alaska. The future of Alaska's unique program of paying residents an annual check is in question, with oil prices low and an economy struggling during the coronavirus pandemic. (AP Photo/Al Grillo, File)

FILE - This undated file photo shows the Trans-Alaska pipeline and pump station north of Fairbanks, Alaska. The future of Alaska's unique program of paying residents an annual check is in question, with oil prices low and an economy struggling during the coronavirus pandemic. (AP Photo/Al Grillo, File)

The producer surrogates and apologists have it wrong. As a petroleum geologist and former Department of Natural Resources commissioner, I can tell you it is about the rocks and the oil they contain, who owns them and how profitable it is to produce the oil. It is not, as the industry apologists say, all about low taxes and the need to subsidize industry. Gov. Wally Hickel said it best when he called Alaska an “owner state” and worried about Alaskans being poor people on a rich land. Our oil is a non-renewable resource. Once the oil is gone, so will be the Outside companies that produce our oil. We need to receive fair value for our oil now.

Ironically, SB21, the current oil tax giveaway, was passed shortly after oil explorers Repsol and Armstrong discovered the most spectacular new onshore oil field in North America in decades. It was found in close proximity to the Kuparuk River and Colville River Units, which the producers have leased and managed for decades. It was this discovery and the subsequent new discoveries along this same geologic trend, not SB21, that brought the renewed industry interest back to Alaska. While Armstrong and Repsol drilled their discovery, the big three producers primarily focused on prospecting in Juneau. With SB21, they had a real gusher! Unfortunately, that gusher is draining the state treasury, not a North Slope reservoir. SB21 is a massive subsidy for existing production in already highly profitable fields. The scale of this subsidy is so great that Alaska has gone from being the owner state to becoming the donor state.

The producer’s apologists claimed that SB21 would lead to a net real production increase, more state revenue and more jobs. But just the opposite has occurred. Now, rather than more revenue, we have less and have been forced to cut almost all major state services, dramatically decrease the Permanent Fund dividend and the nearly exhaust all accessible state savings. In the near future, the state will have more than a $2 billion annual deficit. Under SB21, you can say goodbye to your dividend and other core services, and hello to increased state debt and new and higher taxes on individual Alaskans. SB 21 is leading the state into insolvency.

Access to the oil from public lands creates oil industry jobs in Alaska. The highly paid industry lobbyists and consultants forget to tell you it’s the quality and quantity of Alaska’s amazing oil resource that makes Alaska’s oil more, not less profitable than other regions that are accessible to them. Most people expect to pay more to rent a condo on a spectacular beach in Hawaii than a condo on a beach in Cleveland, even if they have to fly to Hawaii and are able to drive to Cleveland. The oil and gas industry is no different. Governments command more from producers where the geological and economic potential is high. Geological potential and profitability, not transportation and other selective costs, are the primary metrics that Alaskans should consider when creating oil severance tax policy. And Alaska will remain very profitable under the Fair Share Act, Ballot Measure 1.

It is merely self-serving producer propaganda to say that the collective industry will leave because of Ballot Measure 1. The Fair Share Act requires the Prudhoe Bay, Kuparuk and Colville River Units to pay severance taxes comparative to that historically paid in the three decades prior to SB21. Hardly something that will cause the collapse of the Alaska oil industry or defer development of new oil fields that won’t be subject to the new tax for more than a decade, if ever.

I urge you to vote yes on Ballot Measure 1 and prevent us from becoming poor people living on a rich land. You will decide if we are the owner or the donor state.

Mark Myers holds a Ph.D. in geology from the University of Alaska Fairbanks and has more than three decades of experience with North Slope oil and gas issues. He has worked in oil and gas exploration, field development, research, resource management and regulation. In addition for having worked for major oil companies and internationally as an oil and gas consultant, he has been the State Director of Oil and Gas, State Geologist, State Commissioner of Natural Resources, National Director of the United States Geological Survey and Vice Chancellor of Research at UAF.

Dr. Mark Myers has more than 30 years of experience with Alaskas oil and gas issues. He has an extensive background in both North Slope exploration and development with major oil companies, was director of the Alaska Division of Oil and Gas, and the national director of the United States Geological Survey. He has on many occasions provided expert testimony on Alaska oil and gas issues before Congress and the Alaska Legislature. He is a member of federal advisory committees on energy and was a committee member for the recently released National Academies report on responding to Arctic oil spills.