Celebrating a nonprofit leader who has made Alaska a better place 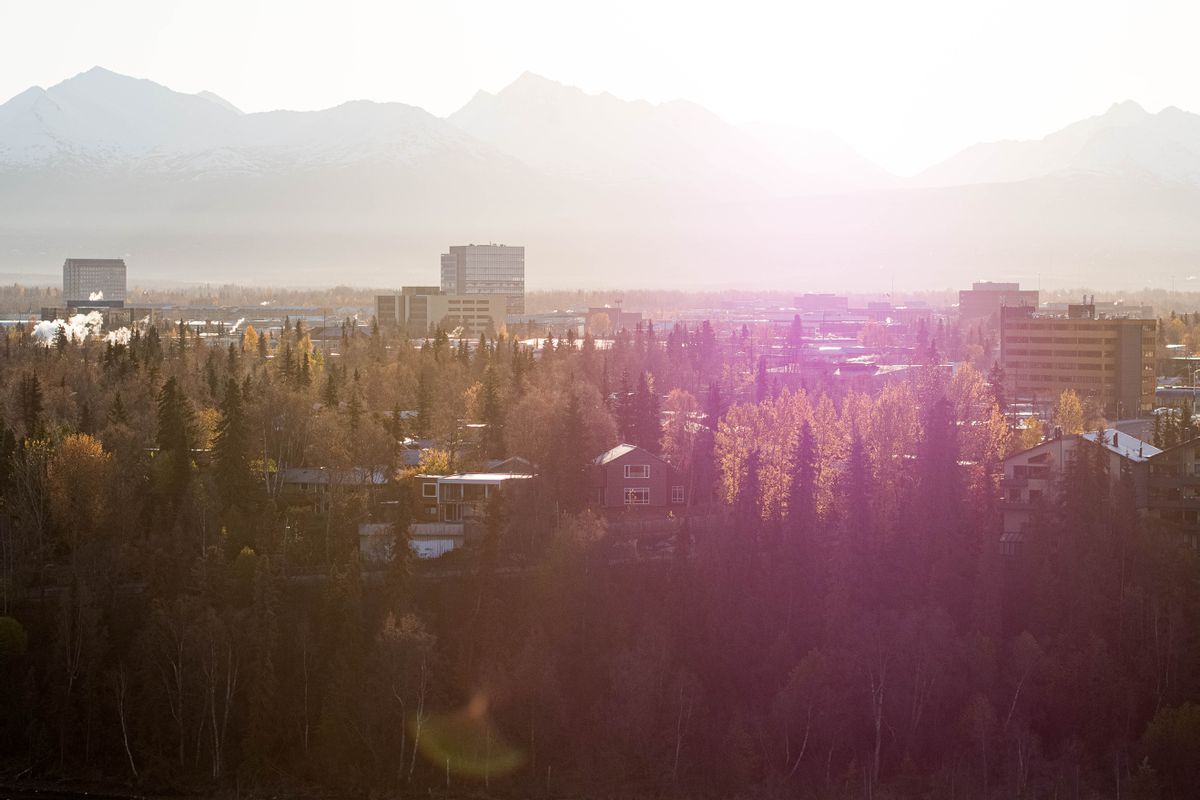 Michele Brown tells a story of how she, while learning to ride a motorcycle in a wide-open field, managed to hit the only tree for miles around.

She’d tell the humorous anecdote in her typical self-deprecating way, but those who work with her always absorbed a different meaning: that she’s a woman who’s not afraid to try new things, someone who gets back up when she falls down. Michele Brown retired this month after 17 years as CEO of the United Way of Anchorage. Looking over her myriad of accomplishments, she is leaving behind a legacy of hitting her targets, and the municipality and state are better for it.

She was far more than just a respected and thoughtful leader who we had the pleasure to work with on some of the most difficult issues here in Alaska. She was a reckoning force that inspired us all to believe we could make the world a better place and, in the process, touched the lives of many along the way.

Michele Brown exemplified the powerful union of head and heart, a personal expression of “Live United,” by which she made United Way a leader in gathering people and organizations to make lasting change for good in the community she loves. While maintaining United Way’s role as a fundraising conduit for dozens of nonprofits, she shifted its focus to ambitious, long-range goals and the sustained collaborations needed to reach them: Yes, stock the food banks, but even better — reduce the need for them.

Michele changed the metrics and refined the missions. She tendered a standing invitation to the entire community: Come join us in the work. She often led the way to common ground among differing partners, building broad support for United Way’s initiatives in education, homelessness, health and financial stability.

Michele would be the first to tell you that she didn’t do this alone. Her partnerships with Rasmuson Foundation and the Alaska Community Foundation have been invaluable in our collective work. She’d also be the first to say that the story of United Way of Anchorage over the past 17 years has not been about her, but about the good work of thousands of people and dozens of organizations. We take her point but make our own: here are some metrics highlighting what United Way and its partners have done together over the last 17 years. Over her tenure:

• The four-year high school graduation rate increased from 59% in 2005 to 84% in 2019. That’s a 25-point increase achieved through public-private partnerships and steady refinement of how to get the right help to the right kids at the right time.

• The family Emergency Cold Weather Shelter partnership between the community and faith organizations was created. For the last 10 winters, even when the year-round shelters were full, no child in Anchorage has had to sleep in the cold.

• Home for Good, a permanent supportive housing initiative to lift 150 of the most visible and vulnerable neighbors experiencing persistent homelessness from the streets and shelters to housing stability, was launched.

• An emergency response to the COVID-19 pandemic was launched. When thousands of Alaskans, so many of whom live paycheck-to-paycheck, lost their livelihoods, no organization responded faster than United Way of Anchorage. Within days, United Way was up and running and rapidly collected a quarter-million dollars. Together with the city’s rent and mortgage relief program, United Way and its partners helped more than 3,000 families and supported the work of over 200 nonprofit organizations.

Throughout her time at United Way of Anchorage, she sought to expand the depth and reach of United Way’s partnerships, sometimes taking the lead and sometimes in supporting roles. Her leadership style was collegial. She often led the way to common ground among differing partners, building broad support for United Way’s initiatives. With grace and perseverance, she was always in the pursuit of a better community.

And now Michele is officially retired. She has certainly earned the right to climb back on that motorcycle with her husband Jeff and ride off into — the general direction — of the sunset. But something tells me we will see her doing something to benefit of our community again soon. That’s just how Michele Brown rolls.

Diane Kaplan serves as President and CEO of Rasmuson Foundation.

Nina Kemppel serves as President and CEO of The Alaska Community Foundation.

Diane Kaplan is president and CEO of Rasmuson Foundation.

Nina Kemppel is president and CEO of The Alaska Community Foundation. Prior to her career developing philanthropy in Alaska, she was a world-class cross-country skiier who represented the U.S. in four Winter Olympics.