Our village is not a national monument 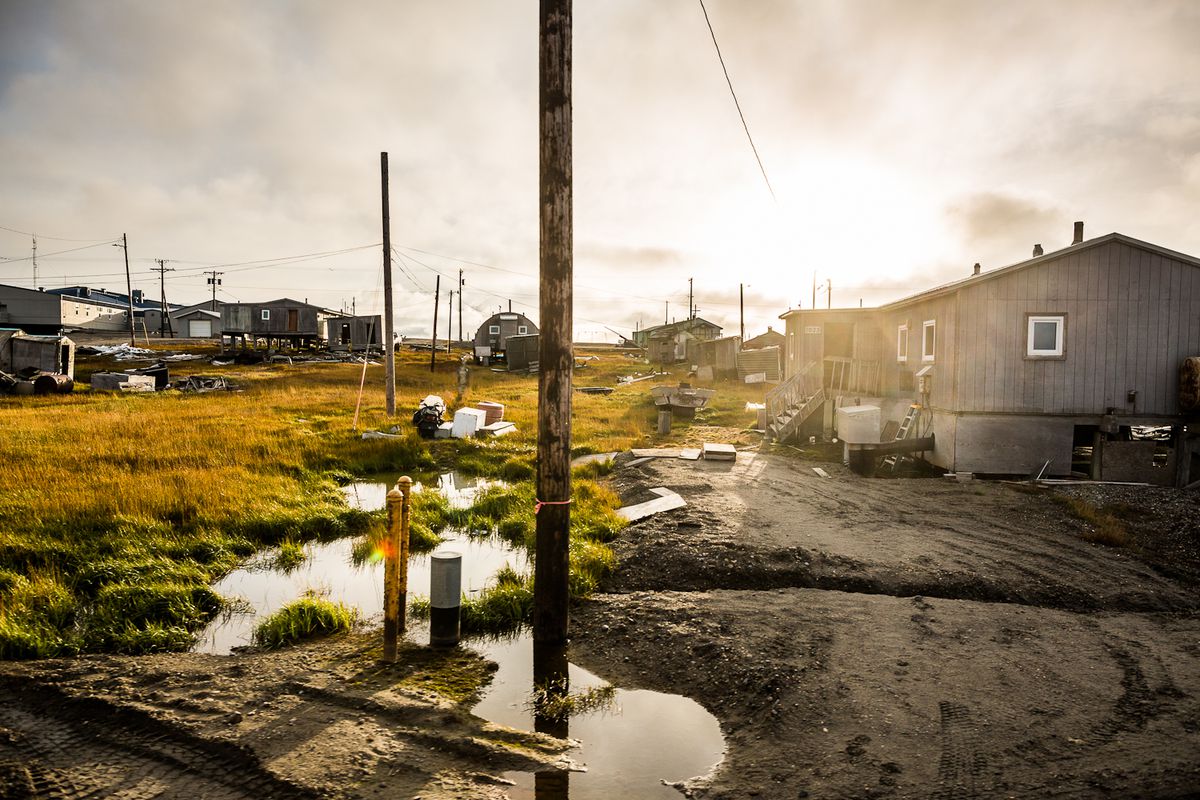 The village of Kaktovik, on Alaska's North Slope, is the only permanent settlement in the Arctic National Wildlife Refuge's 1002 area, where there is great oil and gas potential. Photo taken September 10, 2012. (ADN archive)

The village of Kaktovik, on Alaska's North Slope, is the only permanent settlement in the Arctic National Wildlife Refuge's 1002 area, where there is great oil and gas potential. Photo taken September 10, 2012. (ADN archive)

In March, the Alaska House of Representatives passed a resolution pushing back on President Joe Biden’s moratorium on oil and gas leasing in the Arctic National Wildlife Refuge, or ANWR. Alaska House Joint Resolution 12 urges the president to uphold the 2017 Tax Cuts and Jobs Act that approved ANWR leasing and begin permitting lease holders. The resolution also opposes designation of the refuge as a national monument, a unilateral move the president is considering that would require no congressional approval and would end any possibility of ANWR development, at least for the next four years.

HJR 12 has been met with bipartisan support, passing the House 35-3, and is described as a united effort by Alaskans to defend their state’s energy rights against a hostile federal administration. While that may be the intent of the resolution, it represents something far bigger for those of us living inside the refuge — human rights.

My village of Kaktovik is the only community in ANWR and is on the coastal plain, where drilling would occur. Naturally, the Kaktovik Iñupiat stand to be affected the most by drilling decisions in our backyard, including on our land. Despite being the primary stakeholders and with the future of our community hanging in the balance, no one seems interested in what we think about oil development in ANWR. No human rights groups are lining up to defend our sovereignty over the land. The truth is, the vast majority of Americans — or even Alaskans, for that matter — may not even know we exist. That’s not a mistake or coincidence.

For the past 40 years, the ANWR debate has been largely framed by lawmakers and environmental groups and has centered around the caribou, polar bears, tundra and birds. But what about the people — my people? Aren’t we worth preserving? Don’t we get a say in whether oil can be developed on our land so we can have an economy?

Through the Alaska Native Claims Settlement Act, Kaktovik Iñupiat Corp., or KIC, was awarded 92,000 acres in the coastal plain of ANWR, known as the 1002 Area. KIC, the Native village corporation for the community, is the only private land owner in the 19 million acre refuge. This is an inconvenient and uncomfortable truth for the federal government and others who oppose ANWR development, so they pretend we don’t exist. It’s easier to justify locking up the refuge when no one acknowledges that people live here, own land and support responsible development here.

The preservation-at-all-cost mentality doesn’t come from residents inside the refuge or even the North Slope. In Alaska, that rhetoric comes primarily from the Gwich’in Steering Committee 400 miles away in Fairbanks, a group that has lobbied relentlessly to keep the refuge closed to development. It comes from countless Lower 48 environmental groups who use our land to raise money from wealthy donors. And, of course, it comes from Washington lawmakers who care more about their legacies and reelection campaigns than the health and future of my Iñupiat people.

HJR 12 is a worthwhile resolution that comes at a time when critical decisions on ANWR are being made that will have lasting effects on our state, the Arctic Slope and my community. I applaud the Alaska Legislature for holding the Biden administration accountable by asking it to uphold the law as written; defend the 2020 Record of Decision approving the ANWR leasing program; proceed with oil and gas permitting; and not designate the refuge as a national monument.

I also thank our Alaska lawmakers for recognizing Kaktovik as the only Alaska Native community in ANWR; acknowledging KIC’s ownership of private land within the refuge; and asserting the corporation’s sovereign right to direct control, rather than the federal government, over development of its land and resources.

Despite the picture often painted by politicians and outside special interests, ANWR is not a desolate wilderness. It never has been. The Kaktovik Iñupiat have lived here for thousands of years, and we refuse to allow our land to be managed by the federal government and unaccountable agencies that are either indifferent, or downright hostile, to the interests of local communities they are supposed to serve. Our village is not a shiny monument for outsiders to gawk at — it is our home.

I praise HJR 12 for many reasons, but the most important is its support for the basic human rights we have been promised but denied for so many decades. We support the ANWR leasing program, and have the right to manage our land and resources for the benefit of our people.

Matthew Rexford is the tribal administrator for the Village of Kaktovik.