Gov. Dunleavy dropped a budget bomb. What happens next — and how you can help 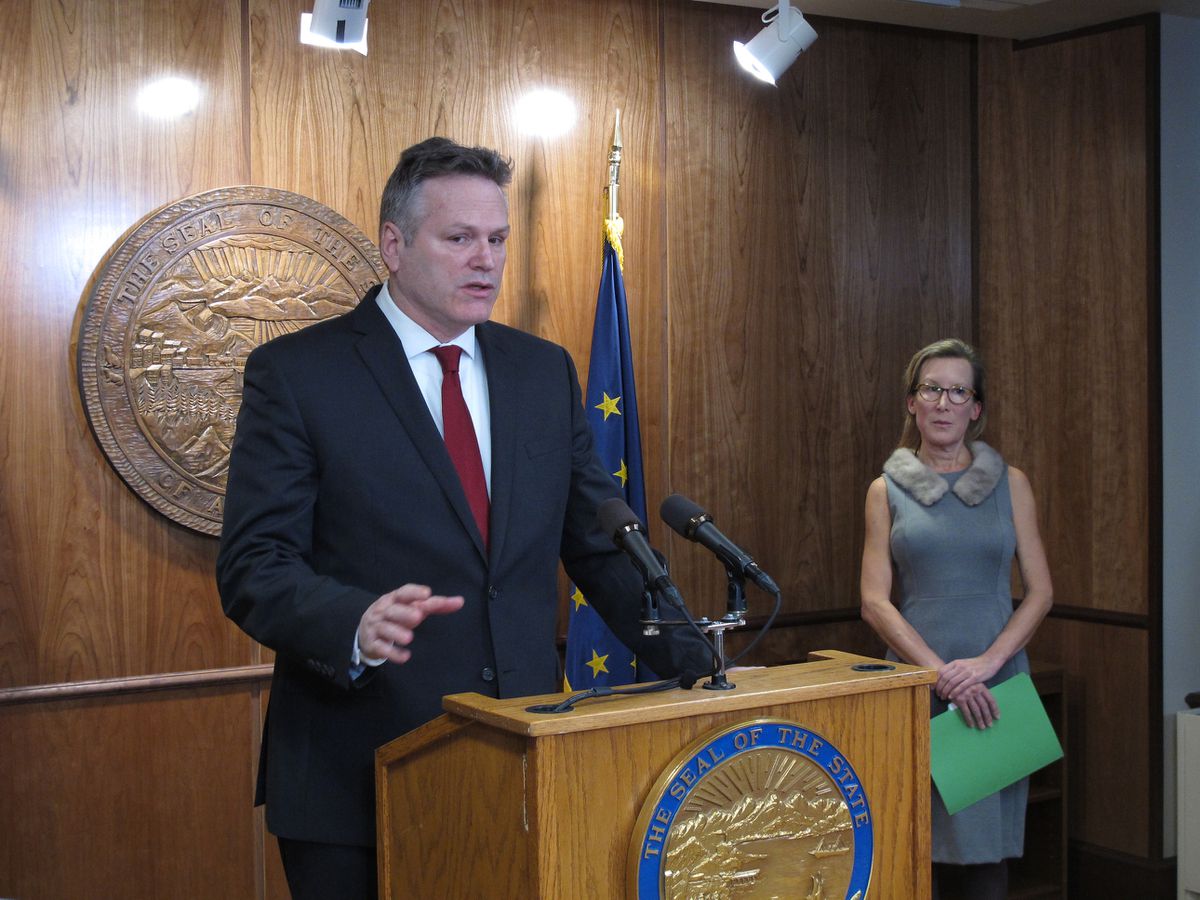 Whether you love or hate the amended state budget Gov. Mike Dunleavy rolled out Feb. 13, you’re not alone. The budget proposes massive cuts to major state functions such as K-12 education, health care and the University of Alaska. Predictably, it was met with a mixture of shock, applause and outrage, and which reaction people experienced largely depended on their philosophy on what government should and shouldn’t do, as well as what our future should look like.

That’s why the state budget feels so personal to us, after all: It’s about where we’re going. “The budget is not just a collection of numbers, but an expression of our values and aspirations,” former U.S. Treasury Secretary Jack Lew said. And those values and aspirations can differ greatly depending on who we are, how we were raised and the Alaska we want for our children.

Whatever your feelings about the governor’s budget and its values, Gov. Dunleavy deserves credit for fulfilling his campaign promise to deliver a balanced budget. In previous years and on the campaign trail, politicians said they wanted such a budget but refused to give specifics about the cuts they would make to accomplish that feat. Now Alaskans can see what would be necessary to balance the budget without new taxes or PFD reductions, and it is a picture starkly different from the Alaska of today: A 41 percent reduction in state funding to the University of Alaska. $225 million cut from Medicaid, which would mean the loss of hundreds of millions of dollars in matching federal funds. A 19 percent cut to K-12 education. Some legislators, municipal government leaders and stakeholders have decried the budget as unrealistic; other legislators and groups, such as the Alaska Chamber, have said they applaud the governor for delivering a budget in which spending more closely matches revenue.

It’s important to remember that the governor’s budget is only a proposal: Under the Alaska Constitution, the Legislature has the power of appropriations. If they disagree with the priorities and values Gov. Dunleavy has articulated in his budget, they have the power to lay out their own vision for the state in the version of the budget they eventually send back to the governor. Legislators have the power to choose the size of the Permanent Fund dividend and the ability to accumulate enough support for their budget to override potential vetoes. Gov. Dunleavy’s proposal will be a catalyst for a statewide conversation about what we need and want and expect from our state government and how we should pay for it.

That’s where you come in. If you have opinions about the budget and its particulars, now is the time to contact legislators who represent you and let them know. It’s important to note, however, that simply adding items back to the budget and spending more deeply from our savings, as has been done for decades, is not an option. If you want more money spent on a particular state service, you should be able to tell your representative where you’d like that money to come from — cuts in other areas or revenue measures to increase available funds. None of us can pretend any longer that we can continue spending without first answering the question, “Where will the money come from?" That’s a question Alaskans have mostly been able to ignore since the building of the trans-Alaska oil pipeline. No longer.

For years, healthy oil tax revenue and, more recently, $14 billion from Alaska’s now-depleted savings accounts, have let residents ignore the fiscal crisis bearing down on the state. Gov. Dunleavy’s budget has brought the reality of consequences of ignoring that crisis into sharp focus. If we want the level of services the state provides to continue, we need a responsible plan to pay for them. If we want our spending to match current revenues, the result will be a budget that looks like Gov. Dunleavy’s. It’s not strictly an either/or proposition; there are also paths that blend strategic cuts with other revenue options, including sensible reductions in the PFD. But whatever we choose, we must do it now, and the Legislature needs your help to decide. Make sure your representatives know what you’d like them to do.