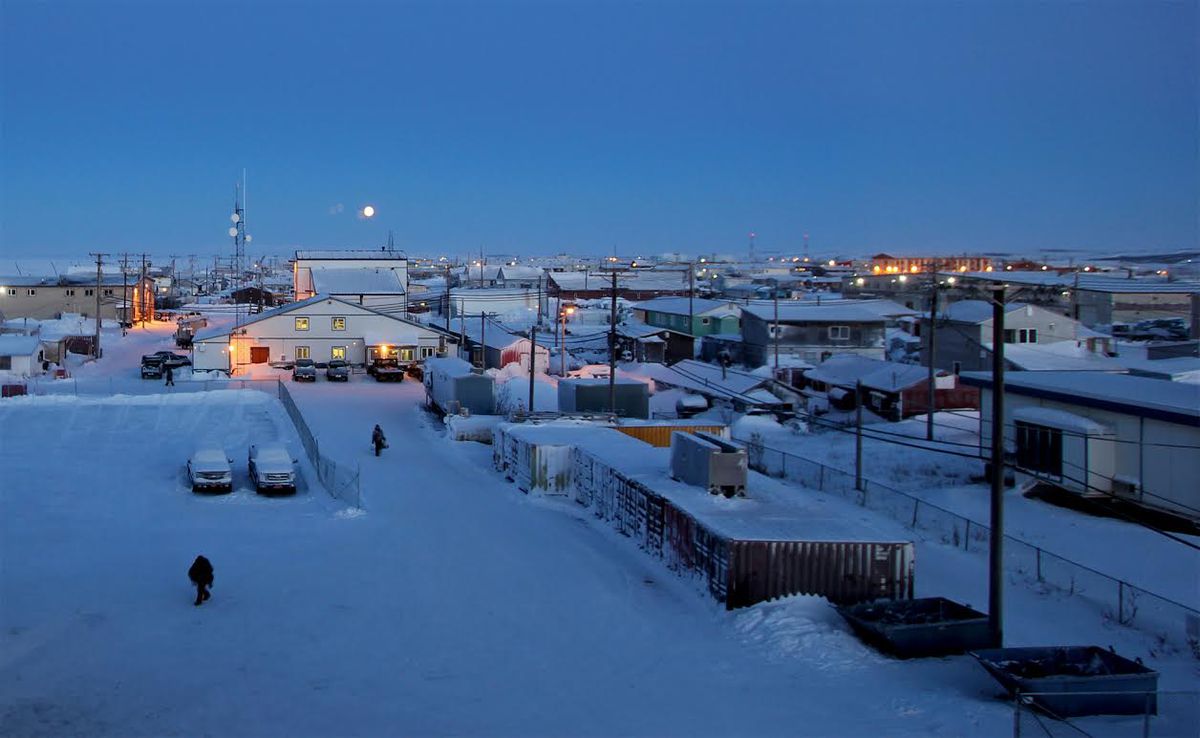 In the dead of winter, Kotzebue is shrouded in darkness for much of the day. December 2015. (Kirsten Swann / ADN archive)

In the dead of winter, Kotzebue is shrouded in darkness for much of the day. December 2015. (Kirsten Swann / ADN archive)

Budget pain this year was inevitable. Whether in the form of service cuts, reduced dividends or taxes, Alaskans and their representatives faced a hard choice about what Alaska’s path forward looked like. But in his choice of methods to bring state revenue in line with spending, Gov. Mike Dunleavy has chosen a plan that puts a disproportionate burden on some of the state’s most vulnerable residents — rural Alaskans — and that’s not right. “It appears to me that he’s declaring war on rural residents in particular,” said Sen. Donny Olson soon after the governor’s budget was released.

Whether intentionally or through inattention, Gov. Dunleavy and Office of Management and Budget Director Donna Arduin have chosen to cut spending in areas that hurt rural Alaskans more than those in urban communities. Fully one-quarter of the revenue — $400 million — to cover the state’s budget gap comes from taking oil and gas property tax revenue away from municipalities, and $372 million of that would come from the North Slope Borough, where all communities are off the road system.

The total impact of the more than $300 million cut from K-12 education isn’t yet clear, as school districts have yet to draft budgets that reflect the sharply lower proposed allocation. But it doesn’t take an Alaska Scholar to realize that it’s hard to envision how those cuts won’t result in reneging on one of Gov. Dunleavy’s signature campaign promises — to keep rural schools open while at the same time enhancing services at schools in rural “hub” communities. With many rural schools having fixed operating costs and relatively minimal staffing, there’s no way to keep the 20 percent system-wide cut out of classrooms.

As is the case with VPSOs, a dollar cut in rural Alaska often has outsize impacts not felt in urban centers. The zeroing-out of state funds for public media, for instance, will mean curtailment of services at public radio and TV stations in Anchorage, making offerings more limited. In many rural communities, however, public radio is the only source of local news. Those cuts will mean elimination of stations vital to serving broad swaths of the state where a competitive media environment isn’t economically possible.

Another budget impact that, if passed, will fall disproportionately on rural Alaskans: The proposed end of the hold-harmless provision that lets low-income Alaskans continue to receive aid such as food stamps or disability benefits when they might otherwise be disqualified by Permanent Fund dividend income. Ending the provision, which would save an estimated $17.7 million, could impact 36,000 Alaskans, many of them rural residents. The cut earned a sharp rebuke from the Alaska Federation of Natives: “The governor’s budget appears divisive by design, pitting Alaskans against each other and against industry at a time when just the opposite is needed," said Julie Kitka, president of AFN.

In rural communities along Alaska’s coast, there are other cuts that will make life even more difficult. In small communities inaccessible by road, the effective termination of the Alaska Marine Highway System will make travel for residents far more difficult and expensive. And the planned termination of fish tax revenue sharing will have a similar effect for small fishing communities as the oil and gas property tax revenue loss will for the North Slope Borough - a gaping municipal budget hole and no way to fill it without serious tax hikes on residents.

The elimination of the Power Cost Equalization fund that helped stabilize and reduce exorbitant costs for rural energy could also have serious impacts for rural residents. Without the fund, unless legislators specifically allocate general fund money for the same purpose, power bills in Alaska’s smallest and most remote communities would jump up well more than 100 percent in many places.

Given the magnitude of Alaska’s deficit, a cuts-only approach would result in significant pain for all Alaskans regardless of how those cuts were allocated. But Gov. Dunleavy’s chosen mix of cuts falls heavier on the backs of rural residents whose communities are already grappling with the worst rates of domestic violence and sexual assault in the nation, high costs for energy, transportation, food and material goods, limited or nonexistent law enforcement, and challenges that have depressed educational attainment for K-12 students. A more sensible approach would have been to pare down the budget gradually, using a portion of Permanent Fund earnings as a revenue bridge, allowing the process to be more thoughtful and its impacts more fairly distributed.

“I do hope that in addition to looking at how the dollars line up, that there is some appreciation that the answer is not to allow rural Alaska to collapse, and move everybody into the city. I think that we would be a much poorer state for that,” Sen. Lisa Murkowski said about the budget on Friday.

She’s right. Our budgets reflect our values, and our values should not abide taking away more from those who are most vulnerable and least able to afford it.

It doesn’t have to be this way. The wisdom of past Alaska leaders gave us the Permanent Fund, which generates enough yearly revenue to fund a modest dividend and maintain services at a level that won’t endanger Alaska’s economic recovery or send us careening off the path toward a brighter future for our children. Legislators and Gov. Dunleavy should find the courage to admit this is what’s necessary and chart an economic course that’s more beneficial to all Alaskans, rural and urban alike.